What to Wear?—A Very Complicated Question If You Have a Disability 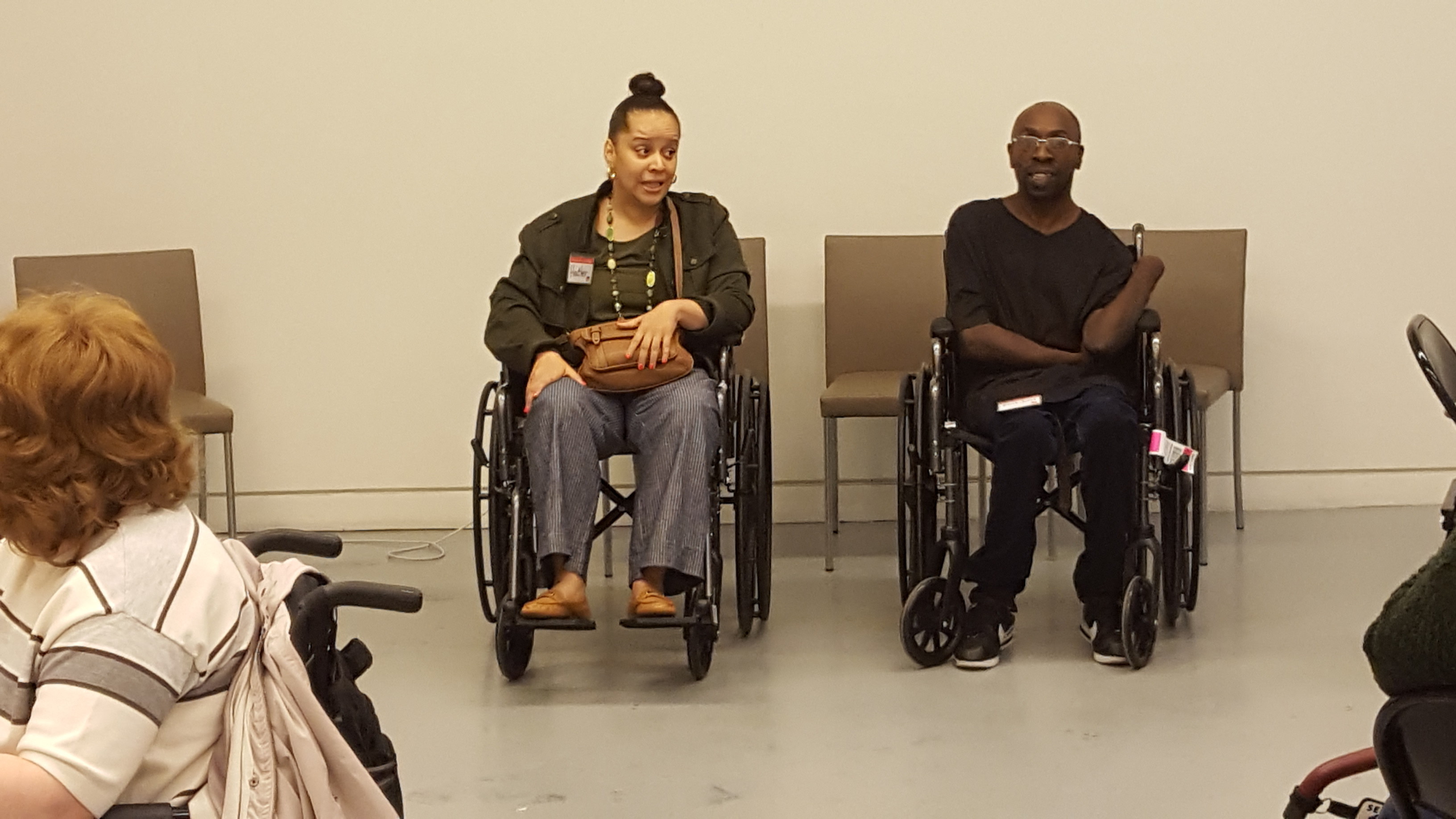 What to Wear?—A Very Complicated Question If You Have a Disability

With summer around the corner, commercials for all kinds of colorful clothing are popping up on any screen I happen to look at. And every once in a while there will even be a model with a disability showing off some great clothes—an increasing phenomenon I spoke about with model Shaholly Ayers a few months back. But even with greater visibility of models with disabilities, the clothing design and fashion world is still lagging behind when it comes to inclusion and to designing clothing for the variety of bodies within the disability community. So I was quite delighted when I discovered that there is a local organization—here in Boston—that recognized this lack and is doing something to create change.

Our mission is to “create a more authentic and diverse Boston,” says Malia Lazu, the executive director of Epicenter Community based in Dorchester, MA. Their focus is neither on disability nor on fashion, but rather on “spawn[ing] inclusive collaborations that deliver positive impact.” It is this desire to include diverse and authentic voices in collaborations that ultimately led to the decision to organize a never-before-done-in-Boston fully inclusive fashion show for people with disabilities. The back story begins around the 25th anniversary of the Americans with Disabilities Act (ADA), that landmark disability rights legislation in our country. Lazu was speaking with Epicenter Community members who had disabilities and “they wanted to get people together to just party or put together an exhibition to celebrate the humanity of people with disabilities” rather than just to have the narrative of “here are curb cuts, aren’t you lucky to get into building”. While brainstorming a possible party “there was a basic dignity part to think about,” says Lazu. “Well, people had trouble looking nice. As I was talking to the community I realized that dressing—the basic individual creative expression—that we have … people with disabilities don’t always have it. Hence the fashion show.” 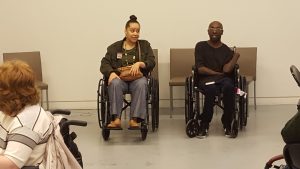 Keith Jones and Heather Watkins discuss the needs of people with disabilities when it comes to fashion. Photo Credit: Malia Lazu

While Epicenter Community is helping organize the show, all of the models are people with disabilities. “We don’t often see ourselves mirrored in the mainstream—if at all—like our non-disabled counterparts,” says Heather Watkins, a Boston disability advocate and also one of the models who will grace the runway during the production. “A project like this is attractive particularly because we’re in on it from the ground floor giving input at every stage. That’s how it should be. People with disabilities should have input on every point on the continuum; if it’s about you, you should have some say in it.”

This is exactly what happened last September when Epicenter members with disabilities met with fashion designers at the Museum of Fine Arts for the first stage of the project. “There were a handful of people with disabilities and designers and we exchanged ideas to really give them insight into what was difficult for us regarding fashion and all surrounding that,” says Watkins. “We definitely [gave input] in terms of practicality, function, and aesthetics. All of this is important. You want it to look good, but you wanna be able to get it on and it be comfortable.”

As a result of this initial exchange, the fully inclusive and accessible fashion production is slated to take place on June 24th at the Jackie Liebergott Black Box Theater at Emerson College. The black box theater was chosen “so that seating can be designed around wheelchairs,” says Lazu. “All seating is movable. We can fit up to 80 wheelchairs with guests. We’re taking over a few floors. We’ll have non-stimulus rooms. We’ll have audio description live. ASL interpreters will be projected for people around as well as on the stage. [There will be] no strobing. …. The ramp is an ADA ramp with a lip and traction lines. We’re really trying to show how you can put on a fully integrated and accessible show.” 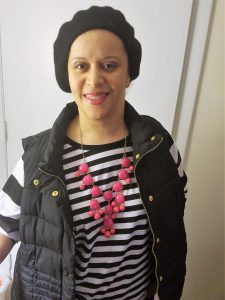 This remarkable and thoughtful production has a relatively simple, but difficult to achieve goal: “We want to reinforce idea of humanity and togetherness,” says Lazu. “I hope the general public interacts with it in a way that it becomes a public event and includes people who don’t come for the spectacle, but it helps them get acculturated into the beauty that are people with disability. We’re really pushing for a night of inter-ability relations.”

Watkins adds that “what you want to have happen is that designers won’t view this as adapted [clothing], we’d like it to have design aspects with the disability lens incorporated into the clothing lines instead of it being a specialized type of clothing.” Generally fashion can be regarded as something frivolous and fun, but for Watkins this initiative to shed a light on the desires of the disability community to also be fashionable and visible is so much more. “Generally what’s not seen is assumed to not exist,” she says. “I see this as much more important because self-expression is a much more politically charged idea. In order to be free and be able to express yourself … that has some weight and some magnitude.”

This weight and magnitude will show on the runway in June. While the event is free to avoid any economic burden, tickets are required. “We’ll open up ticketing top partners and models first, so we really get our community there,” says Lazu. But if you’re interested and unable to get a ticket, remember you can always get involved with Epicenter Community and help them break down silos throughout Boston.