The Upcoming Election as a Unifying Catalyst for the Disability Community

The Upcoming Election as a Unifying Catalyst for the Disability Community

Even if you are not tuned into disability inclusion, you’d have to have been a hermit not to notice the increased focus on people with disabilities (PWD) in this election. Both the Democratic and the Republican National Conventions gave air time to speakers with disabilities. The Huffington Post’s #CripTheVote campaign video has over 1.8 million views on Facebook and it showcases a range of diversity within the disability community. In the video participants emphatically state that “we are the largest minority group in America.” But then Cara Liebowiz—a writer with cerebral palsy—adds a caveat: “That is, if we were recognized as a minority group.”

The U.S. Census Bureau estimates that about 20% of our population has a disability. This indeed makes PWD the largest minority group in the U.S. So it seems the addendum in the video refers not so much to the statistics as it does to the popular perception of PWD. If I asked you what Michael Phelps, Bruce Springsteen, and Stephen Hawking had in common, you’d probably say they’re all famous. But they also all are people with disabilities—ADHD, depression, and ALS respectively. And yet we don’t think of their diverse disabilities as falling into the same minority category. This is why the disability community is very often seen as fractured and simply not really as a community per se. In response to this division, Jay Ruderman, the president of the Ruderman Family Foundation, recently wrote in an op-ed how the disability community must unify to be an effective voting bloc for this coming election. Paradoxically, it looks like it’s this very election that may actually lead to this important unification.

“The election could be a catalyst [for unification] and this is one of the key issues that I’m interested in exploring,” says Filippo Trevisan, Assistant Professor of Communication and Deputy Director of the Institute on Disability and Public Policy at American University. Trevisan approaches this topic with a background as a political communications scholar who has a keen interest in “digital media and how disability rights advocacy organizations use them.” His book on the subject, entitled Disability Rights Advocacy Online —Voice, Empowerment and Global Connectivity, was released earlier this week. 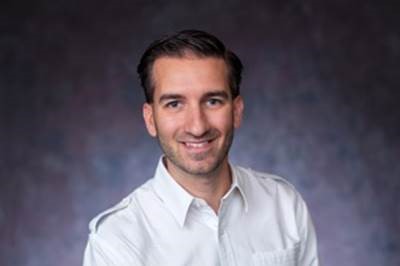 He explains that so much campaigning nowadays takes place in the digital media realm. While this allows the candidates to effectively connect with their potential constituencies, it also enables these constituencies to connect with one another. “One of the main benefits that are found in cross disability groups when using social media is getting people with different disabilities to engage with each other,” says Trevisan. This may seem very obvious. Social media makes it easier for people to connect with one another, and especially so by comparison to public spaces which are often not very accessible to people with certain physical disabilities, such as wheelchair users, for example. But that alone of course doesn’t lead to any sort of unification. So where is the catalyst?

“It happens when crisis is going on,” says Trevisan. He offers a historic parallel from recent years: “In the UK, the government has attacked social security for people with disabilities in a direct way. And that has been something that has brought different parts of the disability community together. It’s about finding those issues that can highlight commonalities in the experiences of people with different impairments and can bring them together as a group. In the U.S. in recent years we haven’t really had an issue that has acted as a catalyst in the same way as disability welfare reform in the UK, but the election could be one of them.”

At this point you may be thinking that neither candidate is directly attacking disability benefits. And Trevisan isn’t claiming this is happening. But he puts it in more rudimentary terms. In particular, he continues, “Clinton is putting disability in the forefront, but Trump has avoided the topic. And when he has engaged with it, it hasn’t been positive, notoriously mocking a disabled New York Times reporter.”

As Trevisan’s previous research on disability rights advocacy online has shown, reactions to external events can be powerful unifiers in the age of social media. While the U.S. disability community traditionally includes a plurality of political views, we all are well-aware that this election has been more heated and divided than any other in recent history. But if Trevisan’s analysis and research proves true, it just may actually serve to unify a community.