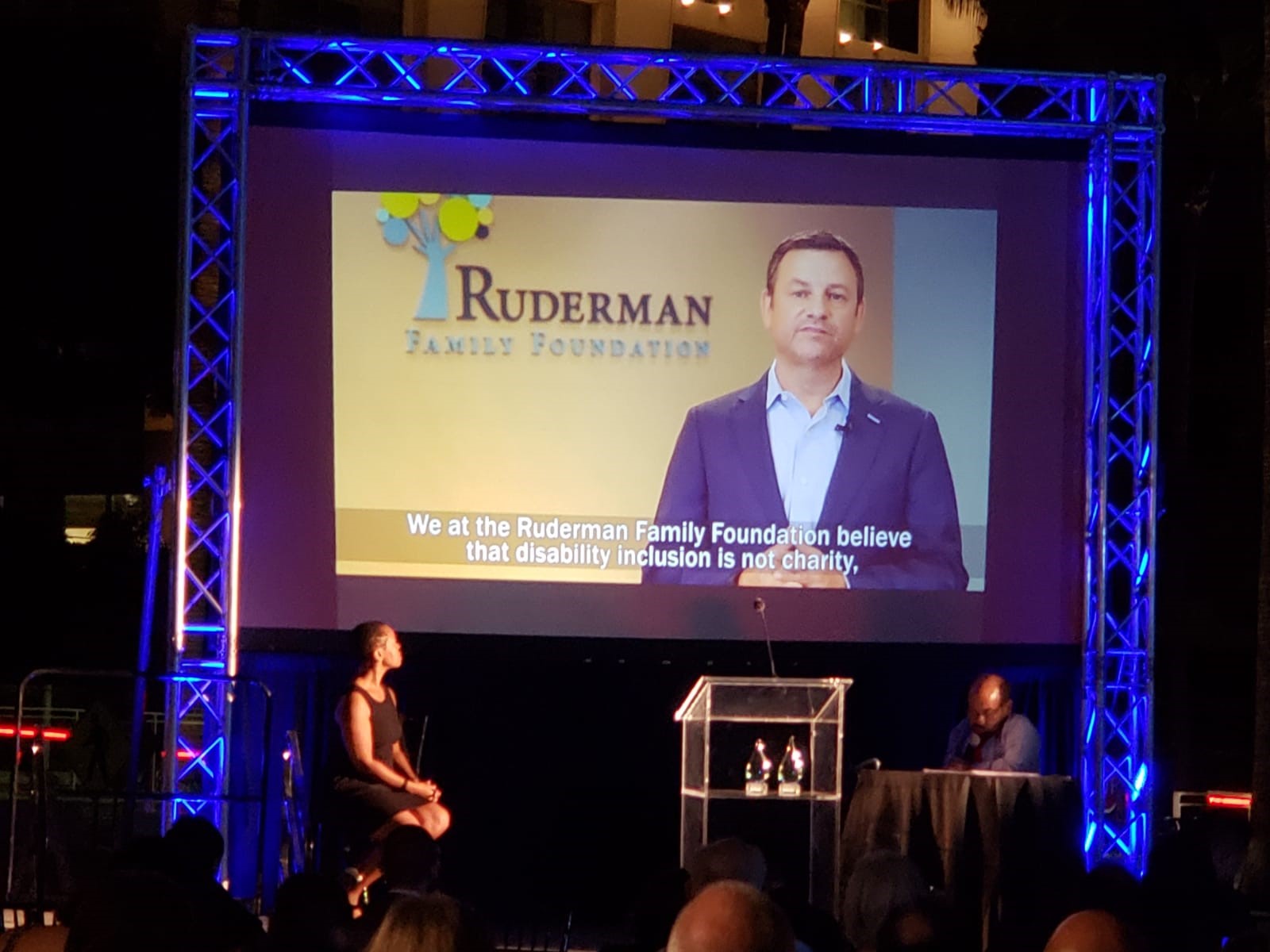 “Mr. Siegal was a tremendous ally to the disability community and a champion of civil rights and social justice”, said our Foundation’s President Jay Ruderman. “We at the Ruderman Family Foundation believe that disability inclusion is not charity, but a key to all of the issues that Mr. Siegal cared so deeply about, including human and civil rights. Our society has made a lot of progress when it comes to disability inclusion.  Today”’ he continued, “children with and without disabilities sit in classrooms together and learn side by side, as classmates and friends.  Federal law forbids discrimination on the basis of disability across virtually every sector of society, including employment and transportation.  We should be proud of what we have accomplished, and we are thankful to leaders such as Mr. Siegal for their dedication. At the same time, there is still a lot of work to do”’ said Jay. “Twenty percent of the population of this country and the world have some kind of visible or invisible disability, making this community the largest minority in the world.  And yet in the United States, the unemployment rate of people with disabilities is 70%.   Almost three quarters of polling places in the 2008 presidential election had barriers, preventing people from disabilities from exercising their right to vote.  Six million people with disabilities in the United States lack access to transportation, and people with disabilities are disproportionately likely to live below the poverty line.  We still have a lot of work to do.”

The full speech can be seen in this video:

“At the Ruderman Family Foundation, we are proud to lead this journey towards civil rights and social justice.  We know that when everyone is included, all of society flourishes.  Disability is central to diversity, and inclusion is key to creating thriving, vibrant communities.  Our Foundation promotes inclusion across every sector of society, across the entire life span, and across every disability category.  We work closely with nonprofit organizations to make sure that inclusion is not an isolated program, but a mindset that permeates all of their activities, hiring practices, board rooms, and more.  We raise awareness about disability and inclusion, reaching millions with our message that by including each, we strengthen all.”

He continued with one of the most stressing issues surrounding true inclusion: “Our work in Hollywood is a central piece of our strategy.  The entertainment industry can play a key role in normalizing disability and erasing the stigma that surrounds it.  Unfortunately, however, despite the fact that 20% of Americans have disabilities, less than 2% of characters in film and television have disabilities.  Furthermore”’ he continues, “the majority of these characters are played by actors and actresses who themselves do not have disabilities.  The Ruderman Family Foundation has spoken out numerous times about this inauthentic representation, most notably in movies such as Blind, Me Before You, Stronger, and Don’t Worry He Won’t Get Far on Foot.  The Ruderman Family Foundation was awarded the 2017 SAG-AFTRA Disability Awareness Award for its work in fighting for self-representation of people with disabilities on screen, and our advocacy has received a tremendous amount of attention in the media.  Most recently, we partnered with Dwayne Johnson on a call to the entertainment industry to audition and cast more actors with disabilities.  The tide has already started to change, and we look forward to watching progress to continue to unfold.”

“Thank you to the Disability Rights Legal Center for recognizing our work with this award”’ he concludes.  We are proud to receive the Chuck Siegal President’s Award, and we hope that the attention this generates will advance the work that we care so deeply about.”