On September 17, 2019, the American Jewish Archives honored Jay and Shira Ruderman with the Jacob Rader Marcus Award, in recognition of their ongoing efforts to expose Israelis to the American Jewish community and strengthen ties between the two. The ceremony took place at the historic Cincinnati Campus of Hebrew Union College – Jewish Institute of Religion.

For years, the Ruderman Family Foundation has worked to educate Israelis about American Jewry and that community’s significant impact on Israel’s future. The Foundation’s programs in this sector have included the establishment, at the University of Haifa, of Israel’s only academic program focused exclusively on studying the American Jewish community, as well as the organization of numerous visiting delegations of Knesset members to America to learn about U.S. Jewry and bring that crucial knowledge back to Israeli society. Many of the Ruderman M.A. students have come to Cincinnati to study at the American Jewish Archives.

“We are honored to receive the Jacob Rader Marcus Award from such a wonderful organization as the American Jewish Archives,” said Jay and Shira Ruderman. “We do not do what we do for accolades and acknowledgment, although we do greatly appreciate it. We do what we do because we consistently feel a lack of understanding between Israelis and American Jewry, and in turn its negative impact on the State of Israel and the Jewish people. There are many programs that educate Americans about Israel, but few that truly educate Israelis about American Jewry. The more work we do in this regard, the closer we can become as a global people.”

“We are honoring two outstanding philanthropists whose noble work has focused on inspiring Israelis to enter into the study of Jewish life in America,” said Dr. Gary P. Zola, Executive Director of The Jacob Rader Marcus Center of the American Jewish Archives. “The Ruderman Family Foundation’s academic program is unique in Israel, where M.A. students study a range of issues pertaining to American Jewish history, contemporary American society and the long-lasting and important bond that links the Jews of America, the State of Israel and Israeli society.” 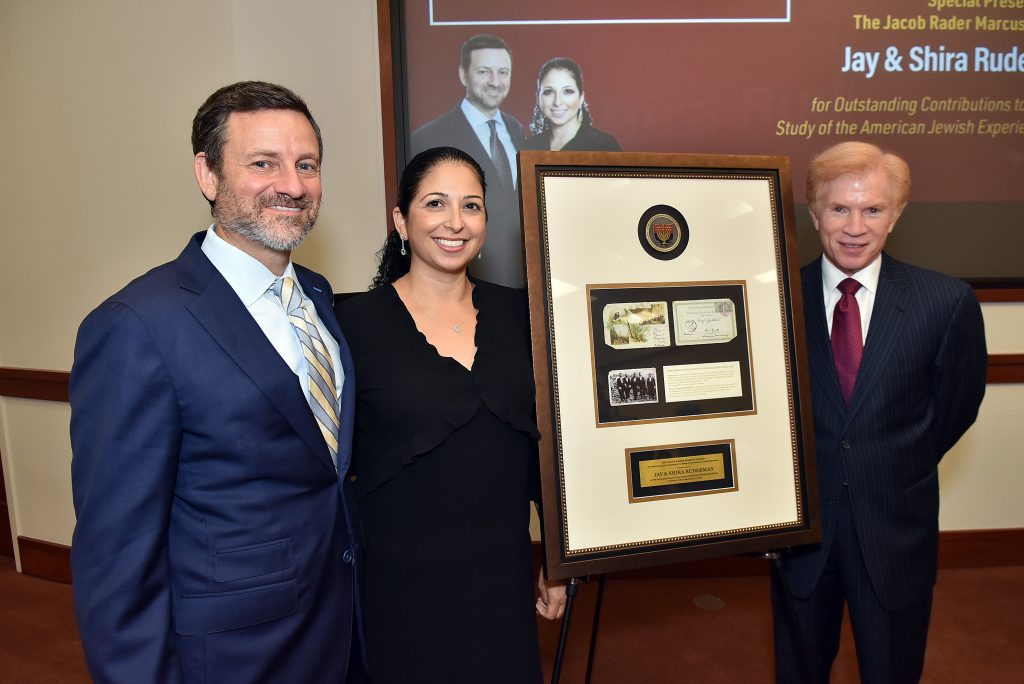