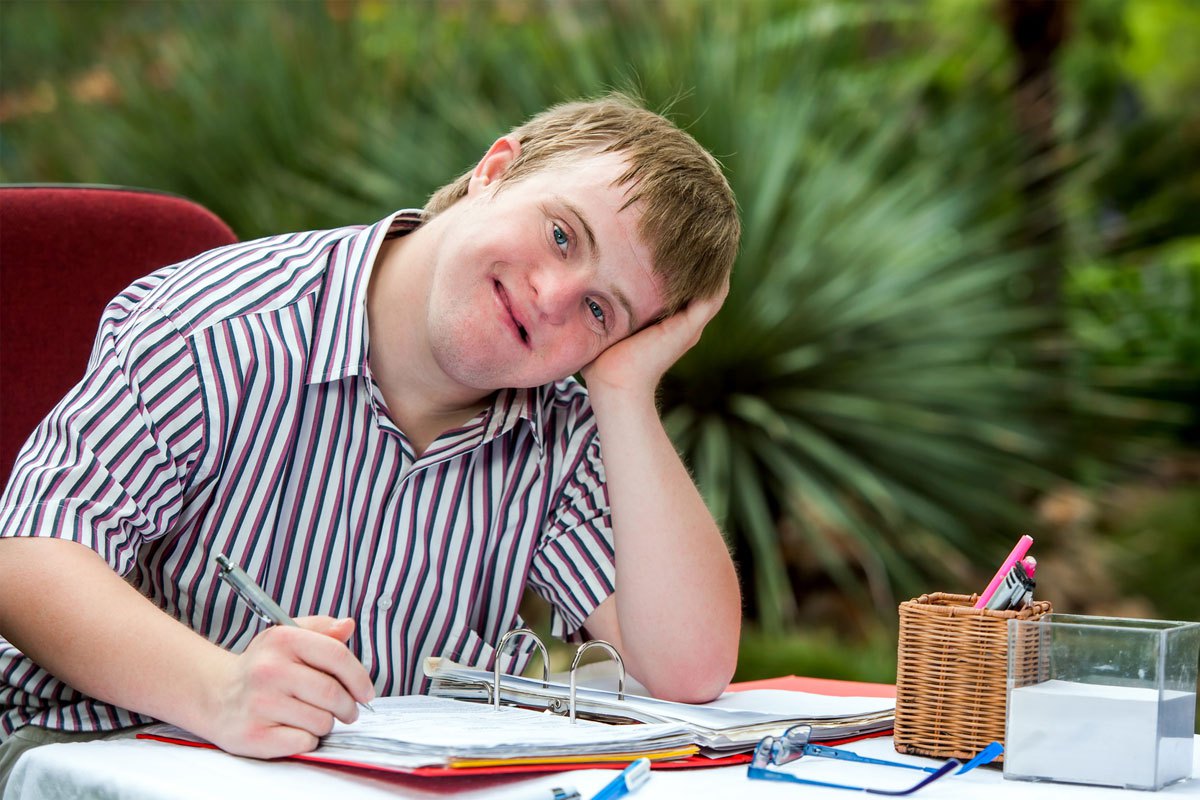 It seems our society generally dismisses people with disabilities as incapable of contributing to the overall fabric of our culture. When it comes to people with developmental or intellectual disabilities (IDD), several states dismiss them to the extent that they are not granted the right to vote like all other U.S. citizens. So it is no wonder that we never think of people with IDD in connection with creative pursuits, like writing and storytelling. But there is one press in Minneapolis-St. Paul, Minnesota that is working to change this perception.

“As far as people with IDD go, they live largely in segregation and they’re so often sidelined in the modern world and not given much thought, which is a shame and an injustice,” says Anna Rynearson of Cow Tipping Press. “The way that Cow Tipping Press builds inclusion is by providing space and opportunity for this population to speak and have their own voices heard rather than being spoken for, being spoken about, or being pitied.” The small press organizes three semesters of free writing classes a year, all targeted at people with IDD.

The teaching approach of these five week long classes is strictly one of training the writers to write for themselves. “One of the great things about our classes is that one of our values is what we call their words only,” says Rynearson who taught a class this past spring semester. “So sometimes the people in our classes might have someone writing for them, maybe an aide writing down what they dictate. Anything they say the aides write down, there is no prompting involved. We make sure none of the volunteers or support staff is suggesting to them what to write.” In this way Cow Tipping Press directly combats the prevailing practice of others speaking for people with IDD. They train their writers in a variety of genres and styles, including personal narratives, poetry, fiction, and journalism. 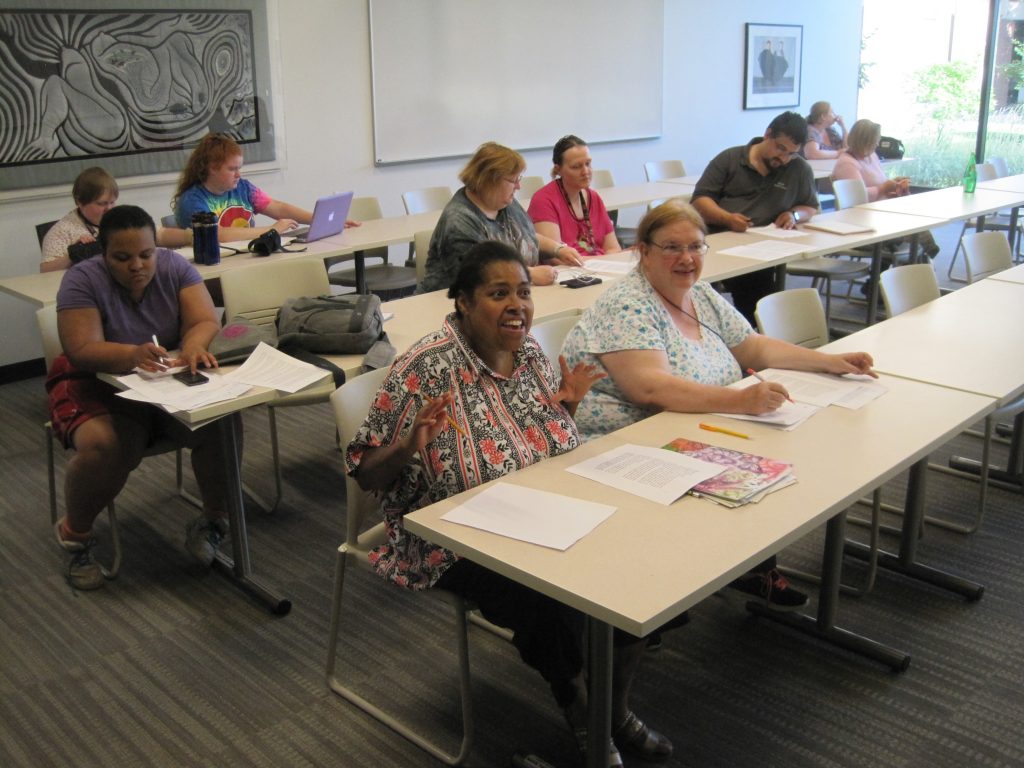 But the mission of Cow Tipping Press doesn’t end with the training of the writers. At the end of each semester, they pick out “the most salient pieces” and publish zine-like books that are available in local bookstores. “After that, we have speaking engagements and workshops with our authors,” says Rynearson. “They’re self-advocacy based and cover a variety of different topics, such as diversity inclusion and disability history.” The goal is of course to get the public engaged and to raise awareness of the need for inclusion of people with IDD. Ryerson says that the public too often looks at people with disabilities as something to “be accommodated and something to pity,” but the goal of circulating writing by people with IDD is to show that disability inclusion “is actually valuable.”

When I ask Rynearson how to explain to a skeptic why diverse voices should be heard, she says: “We go through life in tunnel vision, but even for a moment to be able to listen to our author and consider a different point of view, it builds empathy in our world. … To be able to be empathetic is something we need more of … we can help foster empathy and make world a little bit of a kinder place.” This sentiment is more than just moving—it seems to be working as well.

“We have book readings after we publish our book,” says Rynearson. “In 2016 last year Bryan, our director, passed around survey with a variety of questions and one of the questions was about how the audiences mindset had changed about people with IDD.” They didn’t know what they would find, but after crunching the numbers, they learned that 83% of the reading attendees that had witnessed people with IDD reading their own work “had fundamentally changed their mindset about people with IDD” for the better.

Cow Tipping Press truly demonstrates the importance of raising awareness and letting people speak for themselves. Their remarkable momentum isn’t confined to Minneapolis though. You can learn more about their published books here. And if you’d like to be part of their amazing writing workshops, they are now piloting a video curriculum aimed at K-12 levels. It’s free and “covers empathy, creativity, and dynamism that’s found when we include peers with disabilities,” says Rynearson. We certainly hope to see this remarkable initiative expand and help all the millions of people with IDD write in their own voice. 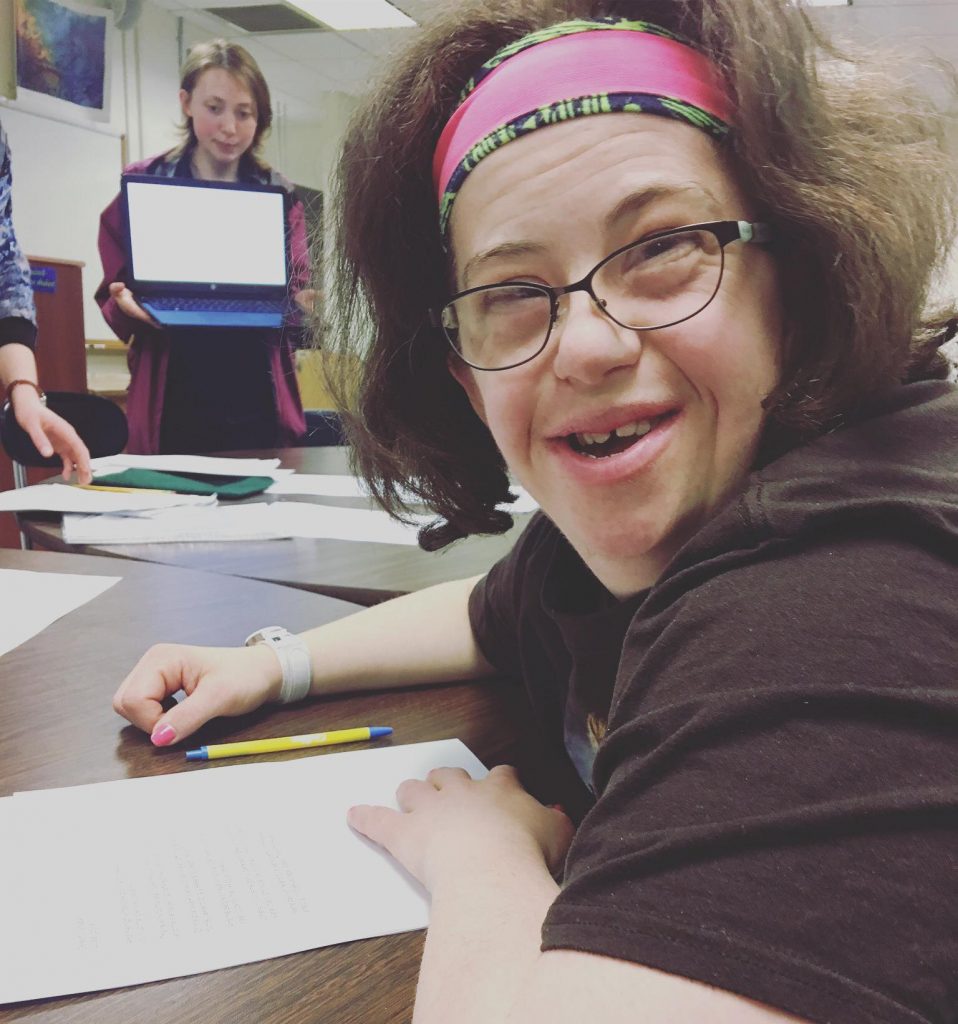