You Have Earned It 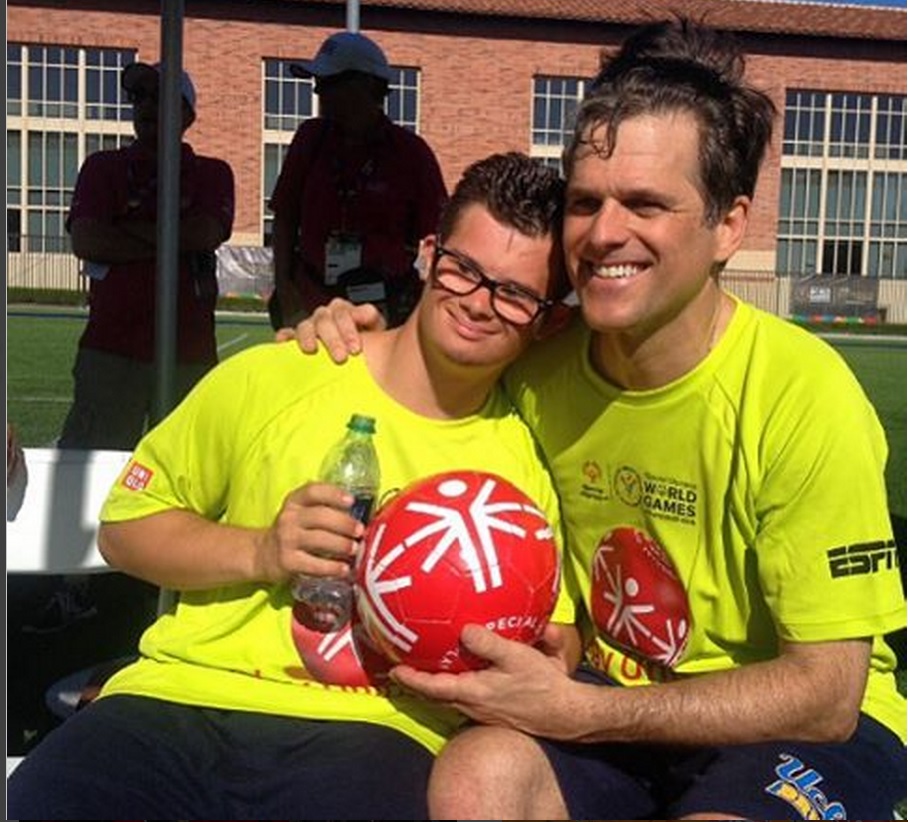 You Have Earned It

The 7,200 athletes from 120 countries. YouTube sensation Madison Tevlin. Newborn William Michael “Liam” Ford. They are all part of a growing and not silent revolution.

Several weeks ago, 7,200 athletes representing the 4.4 million athletes in over 170 accredited Special Olympic programs in the world came to Los Angeles. They came to compete in 27 Olympic sports. From the triathlon and half marathon to beach volleyball and cycling in Long Beach to golf at Griffith Park to power lifting and table tennis at the LA Convention Center to track and field and aquatics in USC, I had a window to some extraordinary competition. Perhaps you were one of the 500,000 fans in the stands or one of the millions more who caught the action on ESPN. ESPN covered the three hour prime time pageantry of the Opening Ceremonies, where as a former Board member of Special Olympics, Inc. I had the honor of marching into the LA Coliseum with Uzbekistan. If you missed the opening, you might have seen the daily recap each evening. The print and online media was buzzing with stories. This was not only history. It was historic. The World Special Olympics were being covered as athletic events. It was not a feel good human interest story, although there were plenty of them. It was sport played by determined, well coached, highly  trained athletes. Not defined by their diagnosis but by their skill.

[bctt tweet=”‘The right to play on any playing field? You have earned it!’ – Eunice Kennedy Shriver”]

The days of segregation and separation are over!

The Opening  Ceremonies in LA had its pageantry. There was the iconic Stevie Wonder. Michelle Obama officially declared the games open. The highlight for me was the introduction to the world of the official song of the games-“Reach Up.” It was a collaboration between singer O.A.R’s Marc Roberge and singer Cody Simpson. It also included two teenage back-up singers: Brianna Bogucki, a singer and decorated Special Olympic athlete with autism, and Madison Tevlin, a singer with Down syndrome who became a viral sensation this year with her rendition of John Legend’s “All of Me” (a personal favorite of mine).

The song was written to inspire individuals to achieve great things. As Madison said, “To go for your dreams.” 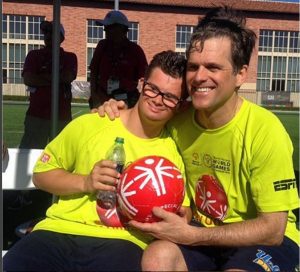 It was a few days later, at a reception honoring Special Olympic’s founder, Eunice Kennedy Shriver, when I realized, again, that the world had indeed changed for people with disabilities. Madison was being interviewed and she had this to say: “I have Down syndrome but that is the “least interesting thing about me.”

Upon my return, an email from a local couple I had recently met, arrived in my inbox. They were expecting a baby with Down syndrome and we were among the couples they met as they prepared for the birth.  Here is an excerpt:

We are thrilled to announce the arrival of our son, William Michael “Liam” Ford. ….both mom and baby are doing great! He has spent the first 24 hours in this world sleeping and eating and generally being adorable (note: the pictures attest to his adorableness).

As most of you know, Liam was diagnosed with Down syndrome prenatally. Down syndrome can come with a whole host of health issues…some of which are serious and can be diagnosed at birth. The good news is that so far, everything has come back clear.

Thank you all for keeping Liam in your thoughts and prayers over the past several months!

These events led me to want to pen my own note to Liam:

Welcome to a world where you no longer have to earn the right to play on any playing field, study in any school, hold a job or be anyone’s neighbor. You are entitled to it.

And while your family and friends may find it interesting that you have Down syndrome, they will learn, that it will be the least interesting thing about you.

I wish you a wonderful life.