Why Do So Many Superheroes Have Disabilities?

Why Do So Many Superheroes Have Disabilities?

Captain America, Iron Man, Wonder Woman, Black Panther, Superman, and the list goes on and on, and we’re still talking only about the superheroes that were featured in big-budget movies this year alone. Regardless of how you feel about these superheroes, you cannot deny that they are an integral part of popular culture—of the stories we keep telling. And you probably noticed that quite a few of these characters have disabilities. Daredevil is blind. Iron Man has a heart condition and would die without his assistive device. Professor X is a wheelchair user. The Winter Soldier is an amputee. This is a particularly interesting pattern given that our current media landscape—especially movies and TV—scarcely ever features characters with disabilities. Actor Robert David Hall said that “if society got its ideas about people with disabilities from TV they would think that basically we are either pathetic or super-people.” So why is that? 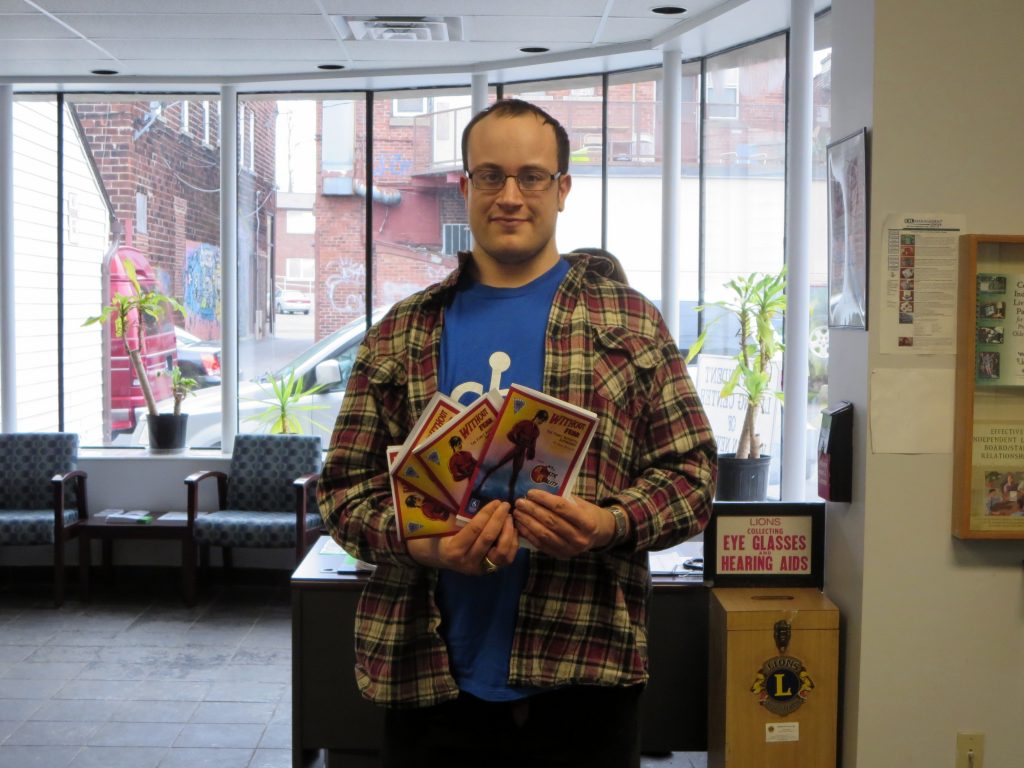 “Ask Stan Lee,” says Alexander Frazier, Director of Autistic Reality. Frazier has always been a fan of comic books and is a disability advocate. While getting his Masters in Disability Studies, he also wrote the essay “Without Fear—the First Autistic Superhero” which Visions Comic Art Group bound into a booklet. He explained what Stan Lee—the world-renowned comic book writer who spent the majority of his career with Marvel Comics—had to do with the prevalence of superheroes with disabilities. “You notice something similar about all these heroes?” Frazier asks me. “They’re all Marvel characters. DC characters are perfect and invincible and [Lee] wanted characters with human flaws.” Frazier pauses to clarify. “I am not using “flaws” as a derogatory term here, but a literary device.” In other words, the disability makes the characters more human and therefore more relatable.

But beyond the need to have vulnerable characters, Marvel has a philosophy of inclusion. For example, “In the late 90s, there was a kid with a hearing aid and he couldn’t find heroes like him,” says Frazier. And so, in one of those developments that make even the most hardcore pessimist feel good about humanity, “Marvel created Blue Ear,” a superhero who uses a hearing aid. 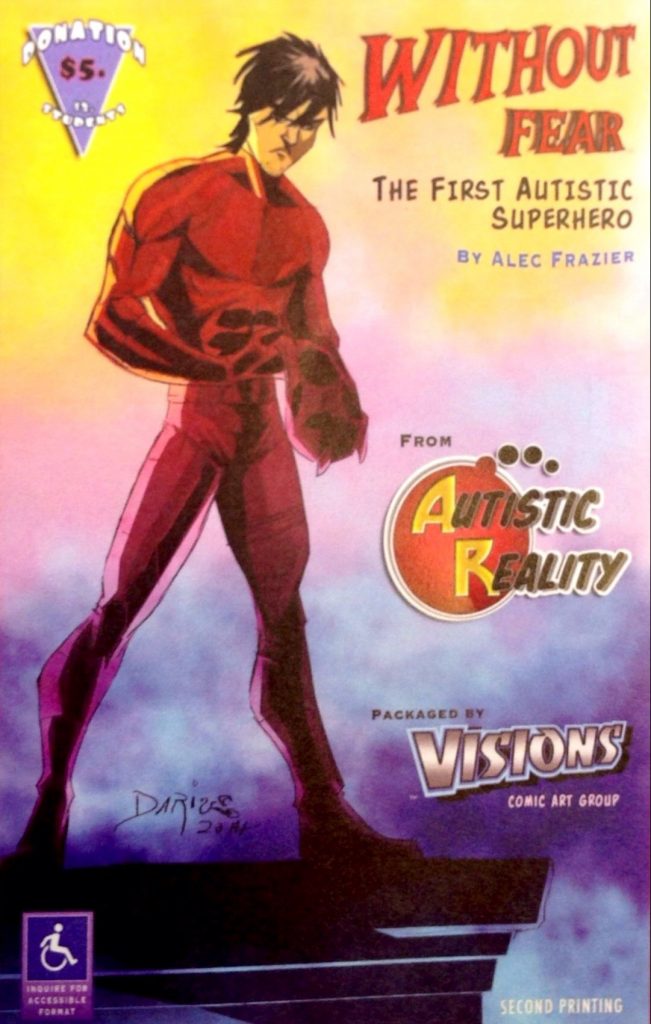 However, despite the huge fan-base, the idea of superheroes with disabilities is often criticized. Much of the critique centers on the fact that the superpowers these characters have effectively erase any disability, so audiences still don’t get a realistic portrayal of a person with disabilities. (This same critique was applied to this year’s commercial for the British Paralympics team.) My conversation with Frazier made me realize that while this erasure of disability occurs, it does not have to. For example, Professor X has incredible powers of telepathy, but they don’t change the fact that he cannot walk. “Hawkeye has a noticeable hearing impairment,” Frazier says. “In one issue Deadpool lifts his masks and lets Hawkeye read his lips,” and Hawkeye is grateful for the accommodation. In these instances, we see powerful, capable characters who are great at what they do, but happen to need some accommodation due to their disabilities. Moments like these realistically portray people with disabilities even within the fantastical genre of superheroes.

While there is certainly room for improvement, it is no accident that this genre, and Marvel heroes especially, are ahead of other mainstream genres in terms of the number and portrayal of characters with disabilities. If you’ve ever read an issue of X-Men or seen any of the movies, you can’t help, but notice the underlying metaphor that just because a group of people is different from what we are used to does not mean that they are bad or somehow lesser than we are. Frazier says that this fully intentional. “X-men were meant to be about diversity issues,” he says. “It was deliberately meant to be a civil rights comic” when it was created in the era of the Civil Rights Movement. It stayed relevant during the recent Marriage Equality Movement.

Superheroes have historically shown us the need for inclusion and diversity and their relevance isn’t waning in the face of current social justice fights. It is a highly entertaining genre that seizes the imagination of a broad audience and makes us consider weighty matters of justice and fairness in an approachable and engaging way. I asked Frazier whether he believes that superheroes have a role to play in the full inclusion of the disability community. “Absolutely,” he says.