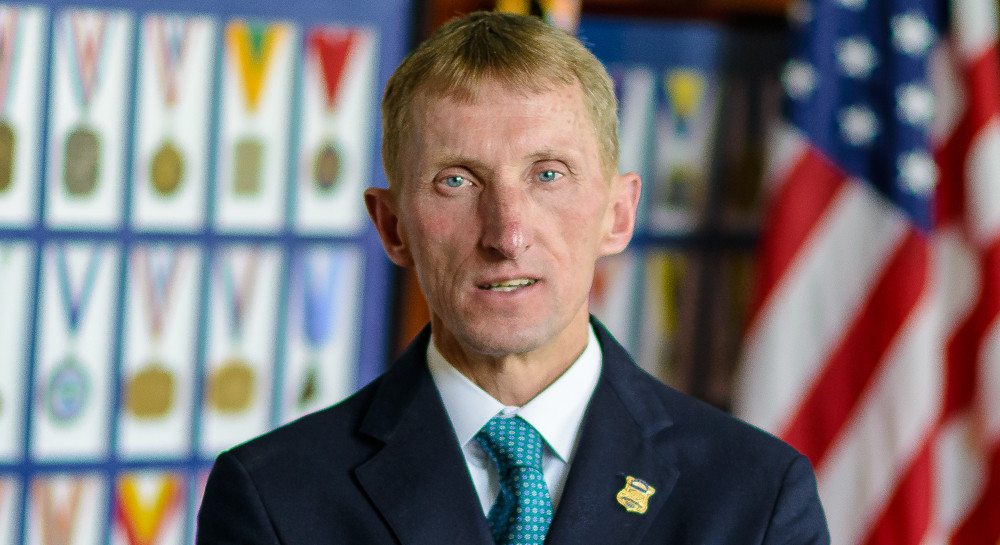 Since releasing our Ruderman White Paper on Media Coverage of Law Enforcement Use of Force and Disability, we at the Foundation find ourselves speaking out sadly frequently on the matter. The most recent case we commented on was the shooting of Charleena Lyles by Seattle Police officers, and our message is always the same: while up to half of the high-profile cases of people killed by law enforcement involved people with disabilities—Charleena Lyles had a mental illness—disability is rarely mentioned in the media and we need to change that. We need to change the discussion around the fact that people with disabilities are more vulnerable to violence, especially if they also belong to a marginalized racial community. But in addition to raising the awareness around the conversation, we need to change the fact itself.

In the wake of tragedies like the death of Lyles, the question around policing and police training always comes up. We always want to know how shootings like these can be prevented and what is being done to prevent them. Well, to answer these questions, we reached out to our local police—the Boston Police Department (BPD)—and my conversation with Police Commissioner William Evans as well as Officer Nancy Cellucci, an instructor at the police academy, gave me not only much insight into the police training, but also much hope.

According to Commissioner Evans, in 2011 there were 80 use-of-force complaints filed against BPD officers. In 2016, there were 18. That is a 77.5% drop in use-of-force complaints. Hearing these statistics, people often want to know how that compares to other departments that are similar in size and scope, but that’s almost impossible to tell. The BPD has eleven districts and 2185 officers and it is one of the only 130 police departments that is participating in the Police Data Initiative and making their data transparent to the public. There are about 18,000 police departments nationwide and only 130 are explicitly transparent with their data. With this in mind, I’ll focus on how the BPD compares to itself rather than the rest of the nation. So what led to that significant drop in use-of-force complaints in the span of five years?

“I think our academy really changed focus from being a paramilitary organization to community policing,” says Commissioner Evans in a phone interview. “We bring so many community groups to the academy. … We bring in the LGBTQ community, the NAACP, Mothers for Justice for Equality speak to our officers, we have clergy come in, we have so many people come in and talk to the officers about their cultures and what our community is about.”

Among those community groups that come in as part of officer training is ALEC, the Autism Law Enforcement Education Coalition, which trains law enforcement in interacting with people with autism. Officer Cellucci, who teaches a class on Police Response to Mental Illness and Emotional Disturbances at the academy, explains how valuable of a component the focus on disability is when it comes to policing. “Sometimes you have to say things two, three, four times to someone who may be autistic, or has Alzheimer’s, dementia or a mental illness,” she says, “You may have to rephrase a question. … In the class I teach, the goal is to make officers aware of the different instances that may affect how individuals [with a disability] respond to police, what police can do to help respond. The goal is always de-escalation.”

And for veteran officers who graduated from the police academy before the “Police Response to Mental Illness and Emotional Disturbances” class was implemented about five years ago, many have taken a condensed version during in-service training. Furthermore, the bulk of the department has taken mandatory e-learning courses pertaining to autism and responding to calls with a mental health component with the BEST team (Boston Emergency Services Teams). It is a process similar to continuing education courses that other professionals undergo in fast-changing and growing fields.

On the surface this emphasis on de-escalation and community policing may seem either obvious or insignificant, but I realized quickly that it pervades all approaches the BPD takes. “We set a standard on how we handle crowds,” said Commissioner Evans. “We stopped being out there with helmets and sticks at demonstrations. If you come looking for a fight you’ll get it. We have a real soft approach and that’s the whole mindset, we’re not a paramilitary organization.” But having community groups come to the police academy for 16 hours of training is just the beginning of this mindset. “We have two ice cream trucks here,” the Commissioner tells me and at first I don’t understand what he means. “Our officers love running around giving out ice cream!” he explains. “Twenty-five or thirty-five years ago we’d have been ridiculed for that, but now other places around the country are buying ice cream trucks because they’re working. I know Louisiana bought some. That’s the fun part of the job. We’re out there playing basketball, having coffee with a cop events, engaging in ways they’ve never dreamed of engaging as a police officer.”

Ultimately this mindset Evans and Cellucci describe to me is in line with the value of police serving and protecting their communities. But communities are not always peaceful and de-escalation is not always possible. What happens then?

“We carry batons and we do carry pepper spray,” says Commissioner Evans when asked about non-lethal use of force. “All officers aren’t equipped with Tasers,” he continues. “I’ve seen them and the use of them and I’m not a big fan. They can kill people. I think our officers have enough tools and sometimes when they have too many weapons they stop talking to people. … I don’t want that to be a substitute for talking with people. They do a good job for talking themselves out of situations.” Officer Cellucci concurs. “We do such a good job in Boston of working with people as opposed to against people,” she says. But “sometimes you can’t always de-escalate a scenario. There is a time when you recognize this isn’t working and you have to go hands on.” In situations like that, when officers recognize that they are dealing with a person with a disability and/or someone who needs help, they employ the BEST team.

This initiative has been in place for at least three years and stands for Boston Emergency Services Team. “It’s having clinicians available to respond with police officers when necessary or having officers bring someone to the BEST team,” says Officer Cellucci. “It’s creating a separate unit that’s in the back seat so we can have triage. It’s an effort against oversaturating emergency room. … They’re called by an officer to a location when there is a clinical aspect to the scenario, when the officer recognizes it’s a mental illness call that may not need to result in an arrest, for example.” When the BEST team arrives on the scene, the clinicians make a clinical recommendation as to the person in question.

Amidst all these approaches, from training officers in community policing to partnering with clinicians for people that need help rather than need to be arrested, what are some of the outcomes on the streets? An officer “had a 17 year old running down the street with fully loaded .357, grabbing at the waist band,” Commissioner Evans says. “They tackled him. The discipline in the academy training has done a good job. I’d never want an officer to come to harm, but I always say, it could be justified [to shoot], but is it necessary? I think they do a good job on the necessary part. We do a good a job not overreacting to situation.” As evidence he tells me that the BPD has taken 330 guns off the street so far this year, yet no officer has fired a single shot this year as of the time of this writing.

“I had a teenager come up to me and grab my badge,” says Officer Cellucci. “It startled me at first, but then as he kept saying I like your shiny badge, can I touch your badge, I realized he was autistic. I’m just glad I recognized it and this instance didn’t escalate. I realized from my training that he had autism and we stayed on this calm level and everything was fine.”

After spending over two hours in conversation with Commissioner Evans and Officer Cellucci, I am impressed by the remarkable initiatives the BPD has taken to ensure the safety of our community while emphasizing de-escalation of all encounters. As said, it’s hard to compare the BPD with other departments, but it’s clear that the focus on community and an acknowledgement of diversity has worked here in Boston given the sharp reduction of use-of-force complaints. “I also want people to realize that although there’s been a lot of bad shootings around the country,” says Commissioner Evans, “We deal with a lot of deadly situations without using force. … There’s a lot of good work being done.”

And I’d like to thank the BPD for ensuring that this good work continues. This doesn’t mean that there will never again be mistakes, but the level of dedication to the community, especially to the disability community, leaves me hopeful. And perhaps most impressive is that the BPD doesn’t rest on these laurels. “The training is effective, but how do we bring it to next level,” says officer Cellucci toward the end of our interview. On that note, Commissioner Evans offered some answers about next steps. “We met with public health and mental health facility on Newton Street and we talked about plan to train community service officers in CIT so that every station has 4-5 officers who are trained.” CIT stands for Crisis Intervention Team and is often held up as a gold standard for engaging with people in crisis, most often people with mental illness. “That would give us 66 officers in the initial phase whose aim would be to train all the other officers. I would hope this would happen 6 months from now.”