Through Rivers and Roads, Gleason Shares All In ALS Battle 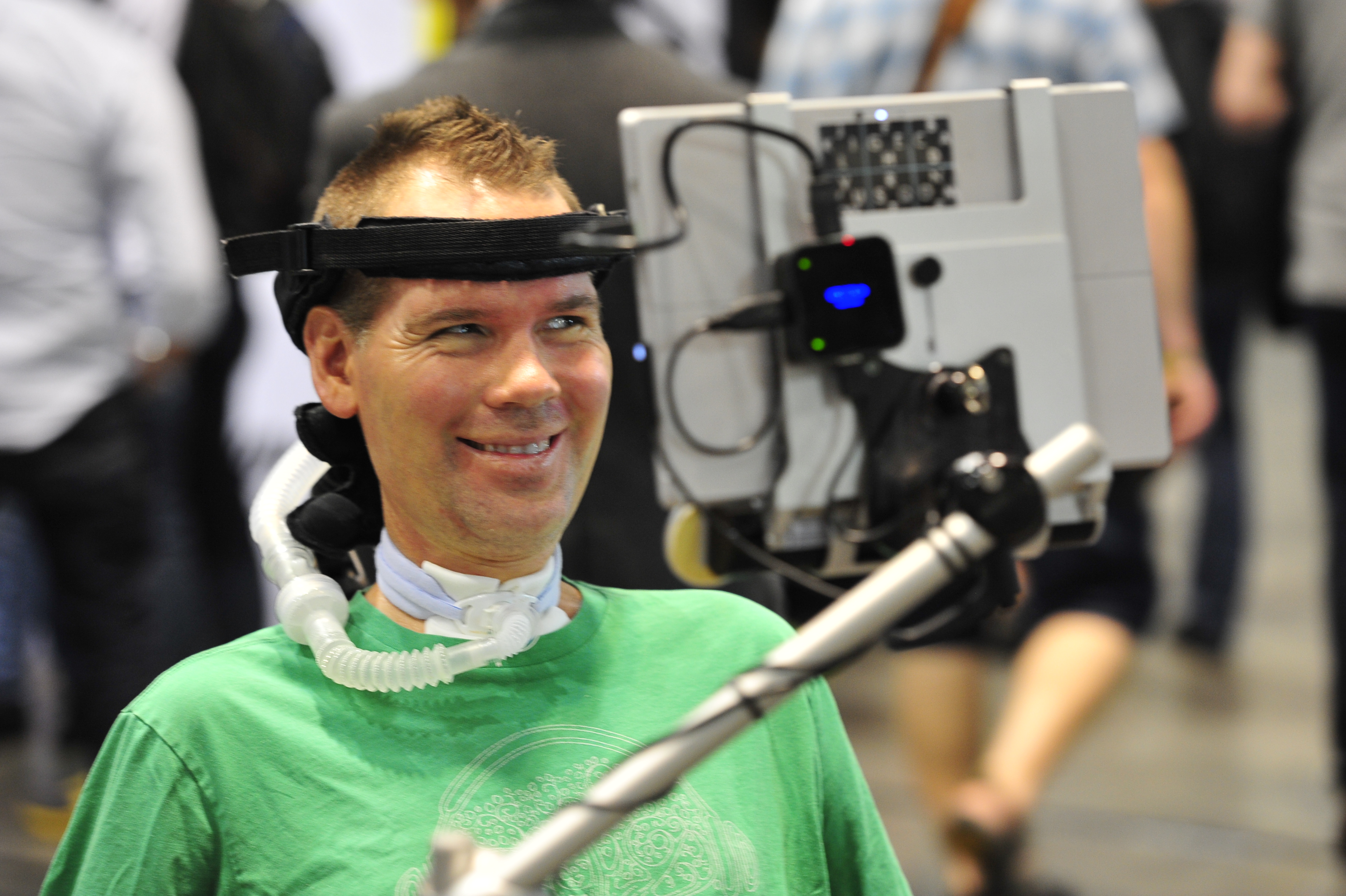 Through Rivers and Roads, Gleason Shares All In ALS Battle

Smiling or crying. I (nearly) guarantee these are the only two actions you will be capable of- sometimes at the same time- when you watch the newly released documentary Gleason. This raw documentary takes us inside the journey of former New Orleans Saints player Steve Gleason, who, six weeks after being diagnosed with Amyotrophic Lateral Sclerosis (ALS) in 2011 at the age of 34, learns that his wife is pregnant with their first child.

ALS is a fatal neurological disease that attacks the nerve cells responsible for controlling voluntary muscles, which, over time, can compromise a person’s ability to speak, eat, move and breathe. Understanding the realities of his diagnosis, he decides to create a video journal for his then-unborn son in order to pass on as much of himself as he can while he still can. Here are the reasons I thoroughly recommend this documentary.

The face-time we get alone with Gleason is incredibly raw and emotional. Throughout the film he documents solitary testimonials for his son, Rivers, focusing on everything: his hopes, fears, experiences and perspectives on life. Because of this arrangement, it very much feels as if Gleason is communicating directly with you- the viewer. He holds nothing back. You feel as if someone is pouring out their soul to you. This is made so not only by the candid level of detail he offers, but also because we witness how this changes as the disease progresses. The focus and sentiment of these conversations is directly impacted by his declining ability and how that alters the type of life he is living. One of the hardest parts to watch is when, devastated by the fact he will soon no longer be able to speak, Gleason physically struggles to tell us that all he wants to do is scream, but cannot.

Gleason continually comes to terms with each obstacle and disability the disease presents, some easier than others. The audience is privy to witnessing a very strong and determined man face great hardships, but at no point is Gleason made out to be a sort of inspirational super-human. In fact, the most poignant aspect of the documentary is how relatable he stays as he focuses on improving his quality of life and on the details that matter—such as making sure he spends time with Rivers before the baby goes to sleep. 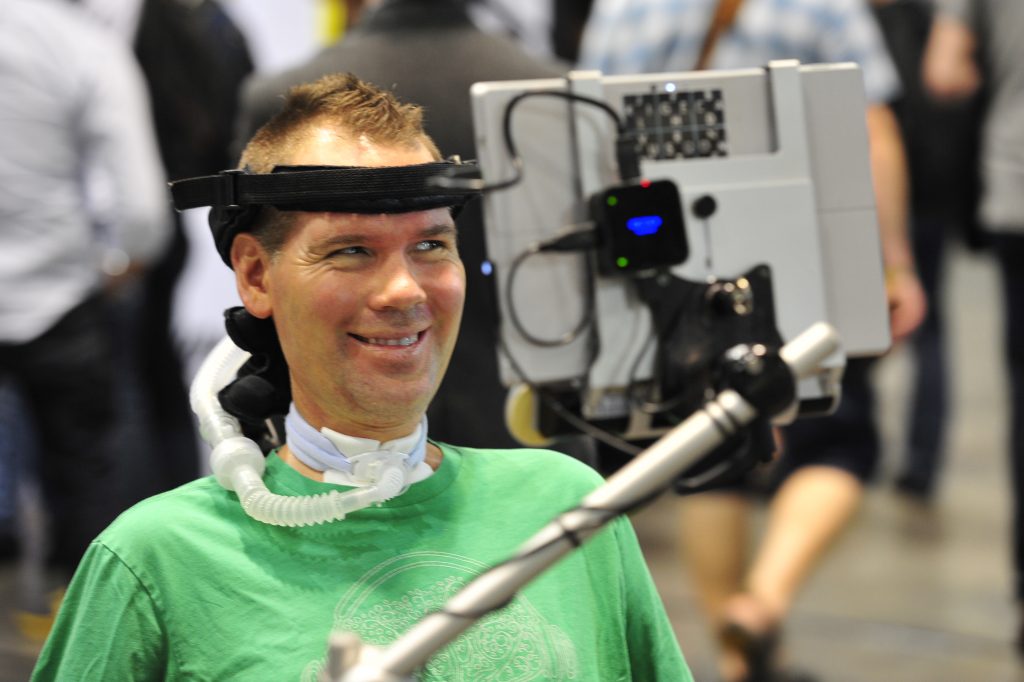 As much as the film is about one man’s up close and personal battle against a debilitating disease, it is also about the complexity of the father-son relationship and Steve’s evaluation of what it is like to be someone’s parent and someone else’s child. We understand this from the beginning—the synopsis deals with his testimonials to Rivers—but the film also places a large emphasis on the relationship with Gleason’s own father, Mike. This includes focusing on his upbringing in a home that was marred by parental fighting and eventual divorce, as well as the well-meaning pressures Mike places on Gleason in his attempt to help him following the ALS diagnosis.

Early on, Mike takes Gleason and his wife, Michel, to a church for a faith-healing event, where those with ailment can be revived through spirituality. Michel does not find this beneficial and Steve also has his reservations. The person organizing the event requests anyone needing healing to come up and Steve volunteers, saying he’s going to run. He takes only a few steps before collapsing to the floor. As he is assisted to the back of the room, we can see Michel yelling at Mike. This is only the first example of how we see Mike’s principles come into play and how it impacts the way in which he approaches Gleason’s disease. The differing perspectives on faith is a continuous conversation, but ultimately we see how a father’s fear of losing his son drives much of his behavior. It is a very effective and humanizing depiction of family conflict that is far too complex to fall into simple right and wrong categories. And in this way too, the documentary allows the audience to relate and to be deeply drawn into the story.

I highly endorse this film because of the immense amount of courage it required for someone to openly display their experience with disease and disability. Never have I seen anything quite like Gleason’s and his family’s willingness to invite the world into the ever-evolving complexities of their reality. Gleason’s attitude is admirable to say the least: he focuses on living for himself, for his loved ones and making the best of his situation, for himself, as well as for others who share his fate.

In the documentary, Gleason takes measure of his situation  with one of his many poignant self-assessments: He says his circumstance is sad, but that it is not only sad; there is more in front of him in his future than behind him in his past.

Our society often tends to conflate disability with a lack of usefulness and agency. Gleason squarely proves that stigma wrong. With that outlook and determination, I think Steve Gleason has a lot more great things to accomplish in this world. And I look forward to seeing them.

Learn more about Team Gleason and the Gleason Initiative Foundation to generate public awareness for ALS, raise funding to empower those with ALS to live a rewarding life, and ultimately find a cure