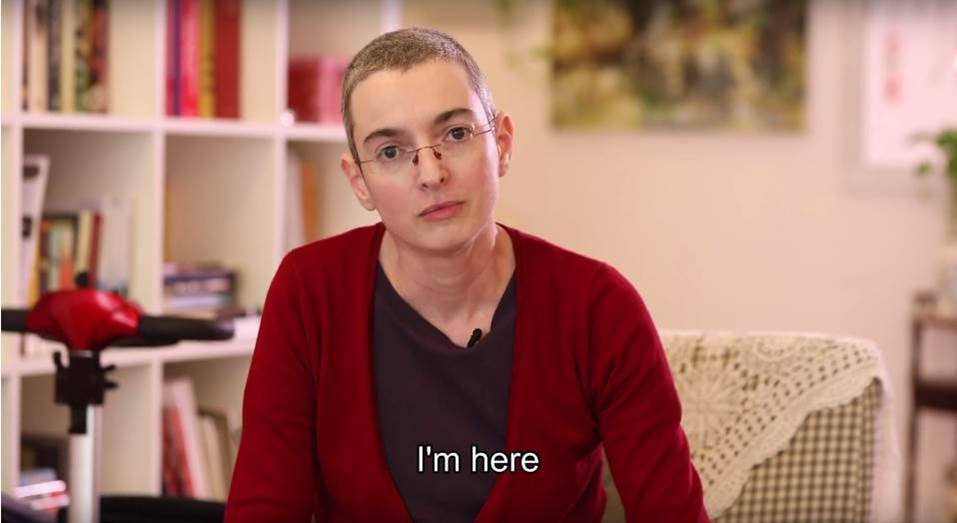 The video script was created by the self-advocates in our Link20 Network in Israel. Link20 began in Israel and is an initiative of the Ruderman Family Foundation that focuses on developing strong and bold leadership and social activists among young adults with disabilities. As the name implies, its mission is to create a link, a two-way connection between the 20% of the population who have disabilities and the rest of the population in order to foster inclusion and full participation rather than segregation. This is why members of Link20 include young adults with and without disabilities because the work to raise awareness for inclusion needs to be inclusive in and of itself.

The impetus for this specific video is to end the stigma against people with disabilities. People with disabilities not only have the right to decide where they’d like to live and have their legally guaranteed supports provided in those locations, but they have the right to be a fully integrated member of their community. This topic is not only of timely importance in Israel. In the US, where we’ve strongly been pushing for community integration and inclusion, the national discussion is unfortunately returning to segregation again.

While many of the fears are not yet realized, advocates worry that proposed cuts to Medicaid will strongly impact the possibility for integrated community living for people with disabilities. We’ve had a history of belief that institutions are more cost effective than community living for people with disabilities. Even though studies show that is not the case, and demonstrate that community living comes with added life quality benefits, the discussion around institutionalization still exists. This is one of the reasons why we need Link20.

Link20 has been operating in Israel for a year and we have recently begun developing it in the US as well among self-advocates. The benefit of a network is that the disability community is often fractured along specific disability silos and does not organize as the force that it really is. Link20 is hoping to change that along with already existing networks. We firmly believe that if we link existing organizations and self-advocates into an operational network, we can achieve real attitudinal and social change when it comes to disability inclusion. We believe that if we see more people with disabilities speak up—like in the above video—society will slowly realize that people with disabilities have voices that need to be heard. Regardless of what issue arises, the goal of Link20 is to be a network of networks, a way to quickly mobilize the disability community to effectively respond to any given circumstance.

So if you’d like to join our Link20 network and be part of the revolution, you can contact us at admin@rudermanfoundation.org.