The Power Of Self-Advocacy 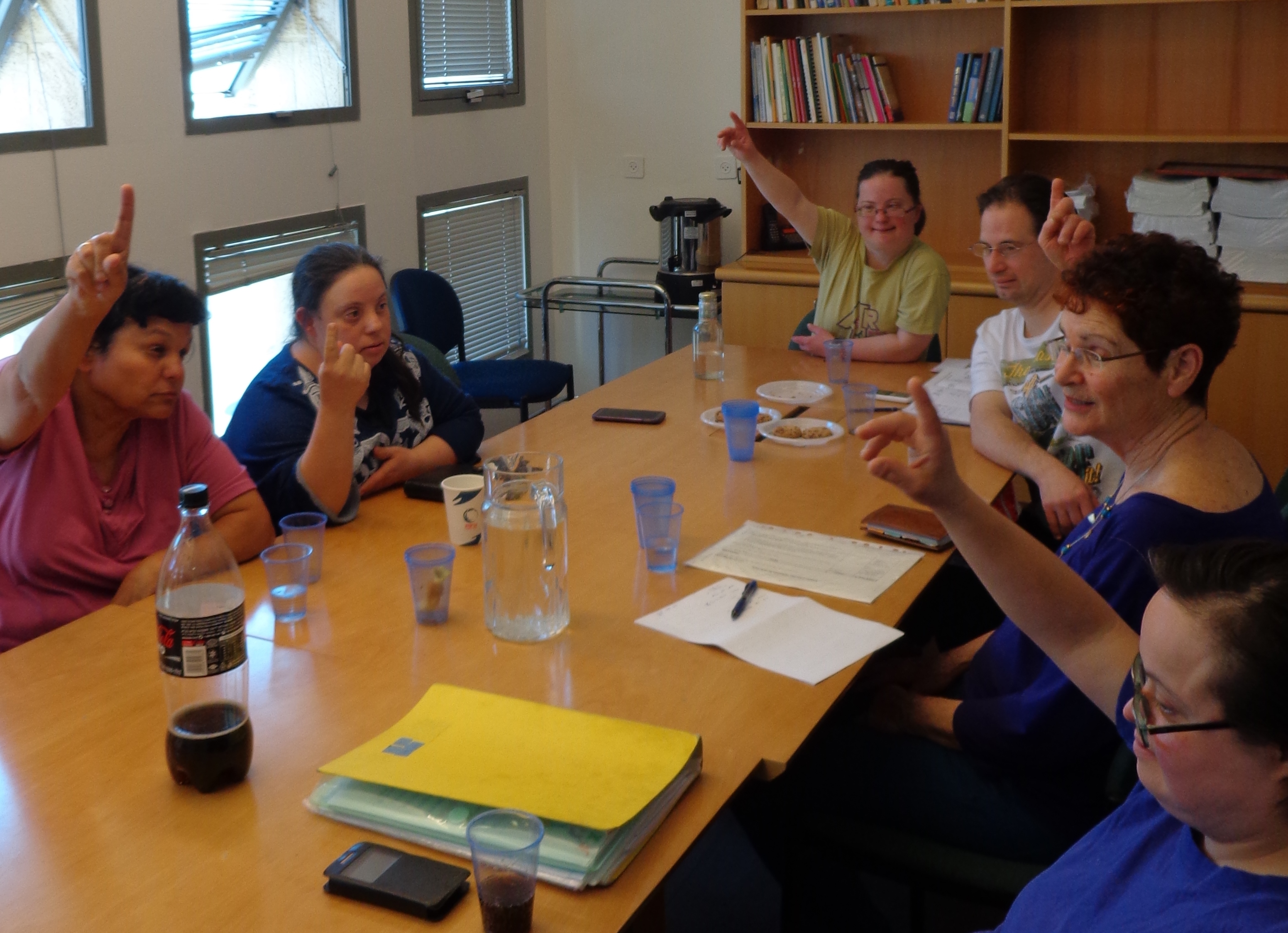 The Power Of Self-Advocacy

In a previous blog submission, the determined members of a self-advocacy group in Southern Israel spoke about their group and its activities. As a result, and as is only natural, two more self-advocacy groups, both from Jerusalem, said that they, too, wish to publish something on our blog. We of course agreed to their request.

We are a self-advocacy group from Jerusalem. We have been active for about four years. We meet once every two weeks. Our group has ten self-advocates. We have two self-advocate leaders who have been through a group leadership course, but each time, someone else from the group leads the meeting, and the two leaders, who took the course, help him or her. At the end of the meeting we take turns assessing how the leadership of the meeting was. The meeting’s leader presents the subjects we want to discuss, calls on those who wish to speak, listens to everyone and maintains order and observance of the group’s rules.

Over the years we have done a lot and brought about changes that are important in our lives. Examples of things we’ve done: we worked with the Municipality to get a flashing traffic light placed at a dangerous intersection; we discussed our right to privacy and acted to change the procedures in our apartments that invaded our privacy; we spoke about our rights as employees in the workplace and we sought solutions for difficulties many of us have in arriving on time.

In the last year we’ve acted mainly on two subjects:

1) Changes in Israel’s Guardianship Law: We discussed things we want to decide for ourselves, such as: with whom and where to live, what to purchase (independently choosing eyeglasses, clothes, watches, etc.), and withdrawing money from our bank accounts by ourselves.

2) The difficulty we have finding apartments in the community due to negative preconceptions about people with disabilities: Last summer the residents of an apartment left it when the lease ended. For months they couldn’t find an apartment to rent, and in one case a realtor increased the rent on an apartment on the grounds that it was to be leased by a nonprofit organization. As a result, for a while, residents were forced to return to their parents’ homes or live under crowded conditions in another Israel Elwyn apartment. 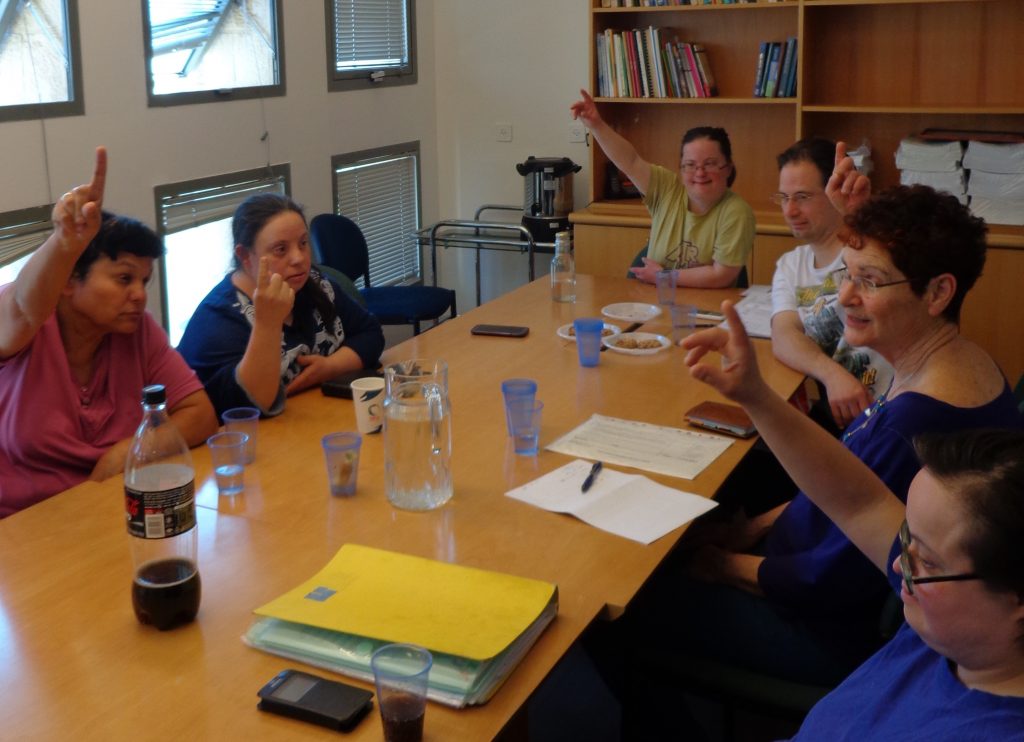 The self-advocacy group sent a letter to the Commission for Equal Rights for Persons with Disabilities and invited Mr. Ahiya Kamara, the Commissioner, for a discussion of the problem. A meeting was held with Mr. Kamara and Ms. Yonit Efrati of the Commission. At the meeting we asked what our rights are when we want to rent an apartment, and whether apartment owners can increase the rent, as happened. Ahiya explained that the owners can set the rent, and we can’t do much about that.

We took additional action: we invited Ms. Rachel Netzer, a representative of the Gilo Neighborhood Administration (where we finally found an apartment to rent). We told Rachel about our difficulties in finding an apartment to rent. Rachel suggested we organize a meeting with representatives of different organizations in Gilo so that they get to know us. We were pleased by the suggestion. We think that if these people get to know us and know who we are, it will be easier for us to find apartments.

Rachel organized a meeting with representatives of different organizations in Gilo. At the meeting we told them about ourselves. The mother of a child with disabilities suggested we volunteer to help with neighborhood activities for children with disabilities and their parents. Members of our group were happy to volunteer. Members of the group explained that they want to learn to read and write. The neighborhood’s administration said that the Gilo Community Center has a course for learning to read and write. They suggested starting an additional course. Now we are trying to recruit more people for the group so that they can start. We see that meetings like this can be very helpful.

For several years now, Israel Elwyn and Beit Issie Shapiro have partnered with the Ruderman Family Foundation and the Jewish Federation of Greater Los Angeles to create this thriving Self-Advocacy Program in Israel.  To date, 20 group leaders with intellectual disabilities and 20 professional facilitators have been trained in this innovative enterprise. Additionally, 11 self-advocacy groups with more than 100 participants have been established in Jerusalem, Be’er Sheba, Tel Aviv, Herzliya, Ra’anana and Hadera.