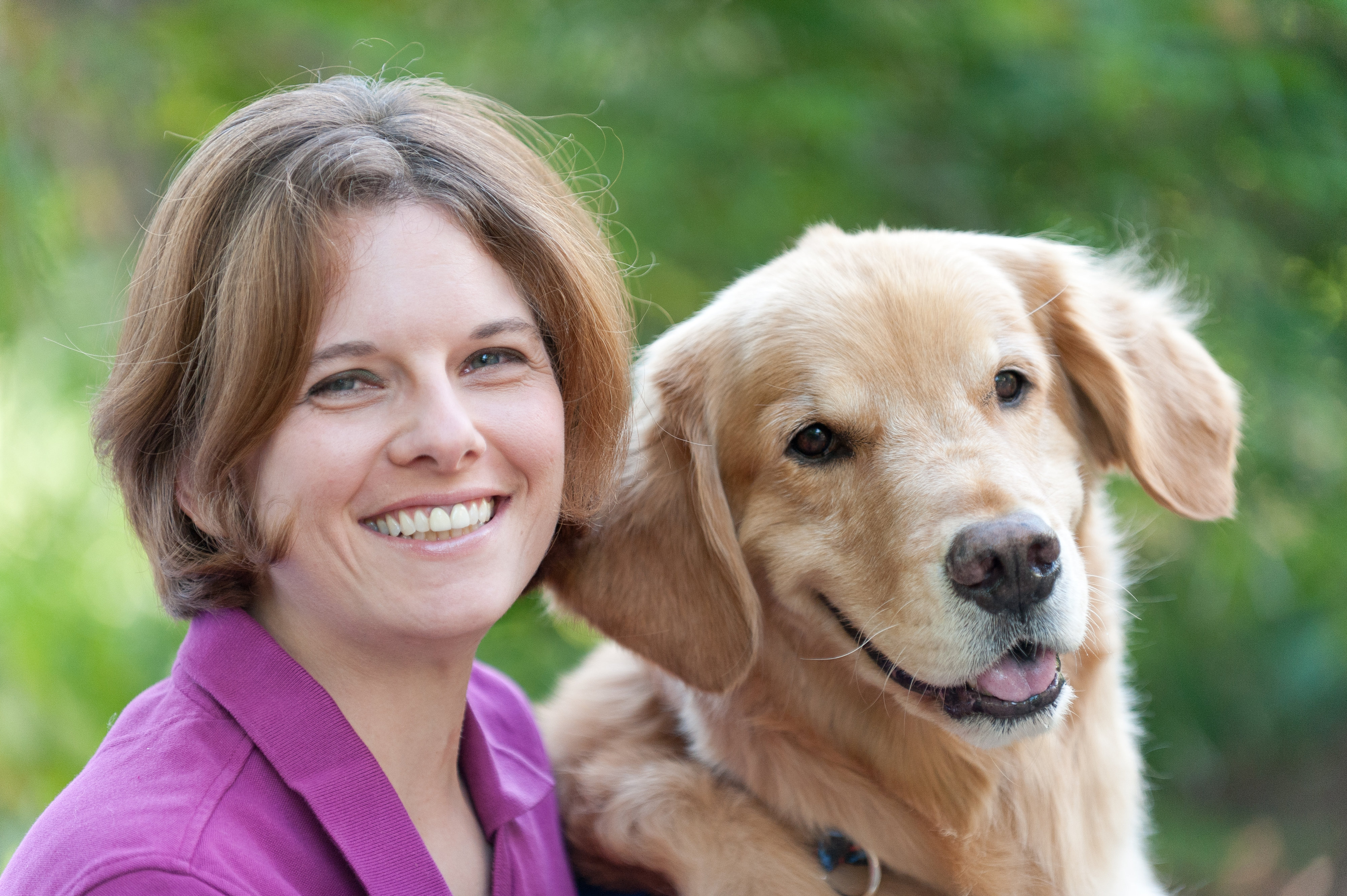 The canine, “man’s best friend.” The close-knit, inter-mammal friendship between humans and dogs has spanned thousands of years, and this resulting expression has solidified itself as a mainstay of lexicon and culture Americana. Even as the idioms of old have lost their usage, this one (surprisingly) is used with greater literary frequency in this century than ever before. 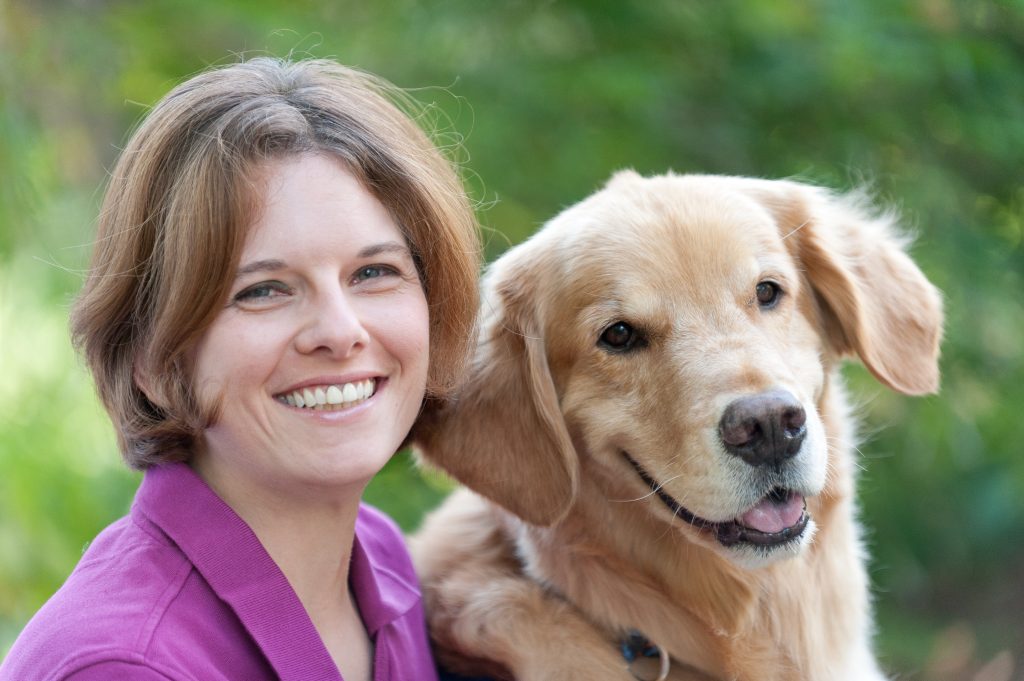 credit: Paws With A Cause

While we fondly recall the companionship and loyalty of Lassie, Toto, Beethoven and every presidential pup that’s run through the White House Rose Garden, today the relationship between some dogs and their owners is not so much about dogs guarding our homes, but about them guarding our health. The relationship has evolved from man’s best friend to man’s best medicine, but unfortunately many of our customs and laws haven’t caught up to this evolution.

Dogs have demonstrated their ability to assist different groups with various conditions, including military veterans with post-traumatic stress, children with autism, the elderly with mobility issues, and even people with anxiety. Sadly there are hurdles to overcome. Occasionally there is a business refusing to serve a customer, such as it was when a US Army veteran who served in Iraq and Afghanistan was barred from an American Airlines flight because she was travelling with her service dog. But let’s be honest: how many of us know the difference between a guide dog, service dog and a therapy dog, or what is covered under the Americans with Disabilities Act (ADA)?

“The guide dog industry (which assist blind or visually impaired persons) is 75 years older than we are, so they have had more time to become known,” says Deb Davis, Community Outreach Manager for Paws With A Cause. “A service dog is a dog that can help someone with a physical disability, such as spinal cord injury. A therapy dog is specifically trained to provide comfort to a group of people, and an emotional support animal is a dog that has been trained to comfort to an individual. Sometimes it helps to group things together. We use assistance dogs, and anything that mitigates disability can be classified as an assistance dog.”

Under the ADA there is a section pertaining to service animals, and since March 2011, that has been defined specifically and solely as a dog or miniature horse. As Ms. Davis explained, the service animal must mitigate a disability. So therapy dogs, because they are group oriented and don’t counter disability, are not covered under the ADA; an important distinction. When it comes to the process of procuring and training these animals, one does not simply walk into a pet shop. Service dogs are not pets. They are creatures that have been trained nearly from birth to assist the essential and daily activities of a human beings. 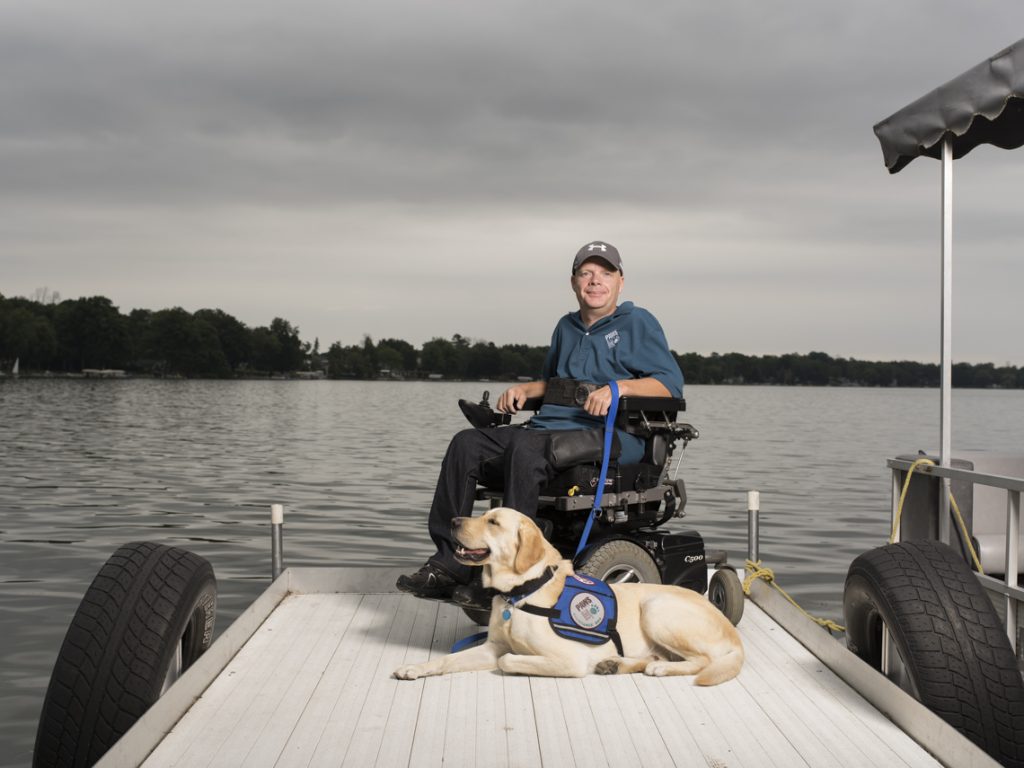 credit: Paws With A Cause

“It is a huge commitment,” said Ms. Davis. “This is not something that lays on the couch with you. It’s a living, breathing thing that you need to take care of, keep up with its training and accept the assistance whenever they give it you. You cannot turn off an assistance dog, so the client needs to accept this deep commitment.” Due to the enormity of the responsibility, Paws With A Cause’s individual policy is for clients to be at least 14 years of age unless it is through their autism program, which is a three-way partnership between the dog, child and adult facilitator. While there are no ADA regulations or guidelines on dog breeds, Ms. Davis explained that they have “had the greatest success with Labrador Retrievers and Golden Retrievers because of their natural ability to retrieve, high intelligence, and wide acceptance in public.” The last factor takes into account that the dog is a bridge and a communication gap for a person with a disability, so even though it is not true that Pit bulls are inherently dangerous, that breed’s public brand as an unsafe animal does not benefit the owner.  A story about a man with a Pit bull service dog getting kicked off public transit made headlines a few months ago.

Throughout our lives we each encounter and adapt to new circumstances in different ways, especially when it concerns disability. The need and use of a service dog is no different in that respect than being put on daily medication, becoming a wheelchair user or utilizing some other apparatus that better enables us to traverse our environment. And just like those examples, service dogs are not always initially so warmly initially accepted. Ms. Davis told me about a woman who had a progressive disease and was a long-time volunteer with her organization. When she was diagnosed she was determined not to let the symptoms show. After it became obvious, she felt she was not disabled enough and that service dogs were for other people. However, she was finally convinced after a scary incident. “One day, because of her disability, she fell and her cell phone was out of reach,” Ms. Davis explains. “She was laying on the ground, no one was around, and understood from that moment she needed the dog. And she got the dog right after. Once she got it, she saw how tasks became easier and she conserved energy, allowing her to spend more time with her family.”

As service dogs become more mainstream and gain the societal acceptance they deserve, it is then possible individual cities, states or even the ADA will adopt expanded measures to include other types of animals whose natural abilities can counter or mitigate a variety of other disabilities not presently included. For now, we will just have to marvel at the symbiotic relationship with our four-legged friends.