Say It Loud- Disabled and Proud! 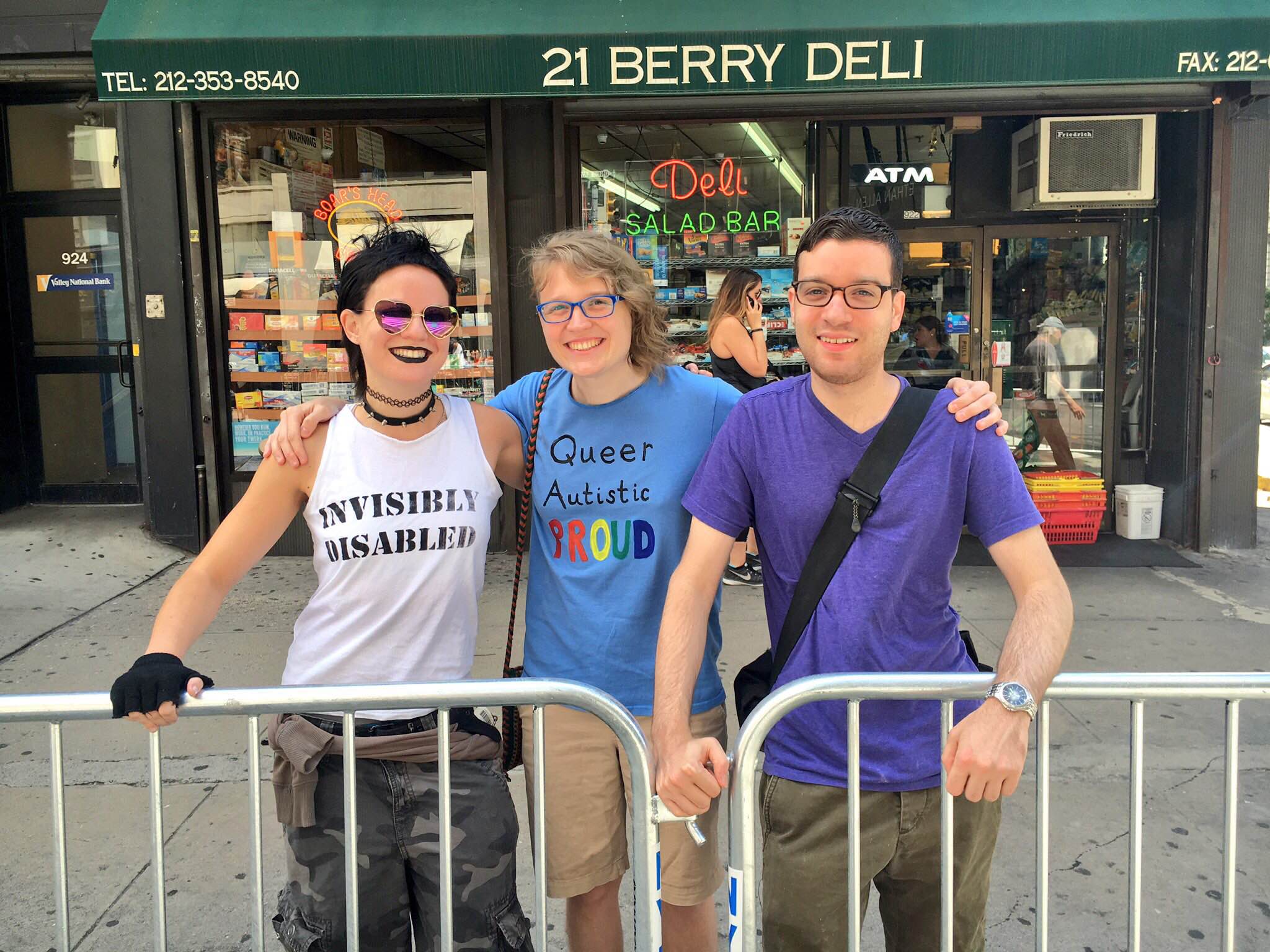 Say It Loud- Disabled and Proud!

Two weeks ago I awoke (uncharacteristically early) to attend the Second Annual Disability Pride Parade, marching from New York City’s Union Square to Madison Square Park. As I rode the N train into Manhattan, I started to wonder what I would experience. While I’ve attended numerous parades before, I had never been to a disability pride parade.

Parades are not uniquely American, but American parades are unique. As a country of immigrants and vast, pluralistic self-identification, these public displays of fulfillment have allowed people to showcase their uniqueness. Pride parades exist to break down existing conceptions and prejudice, both within a group and outside it. And after marching along Broadway and seeing the sights, sounds and spectacle that ensued, I realized that Disability Pride is LGBTQ Pride that has not made it yet. 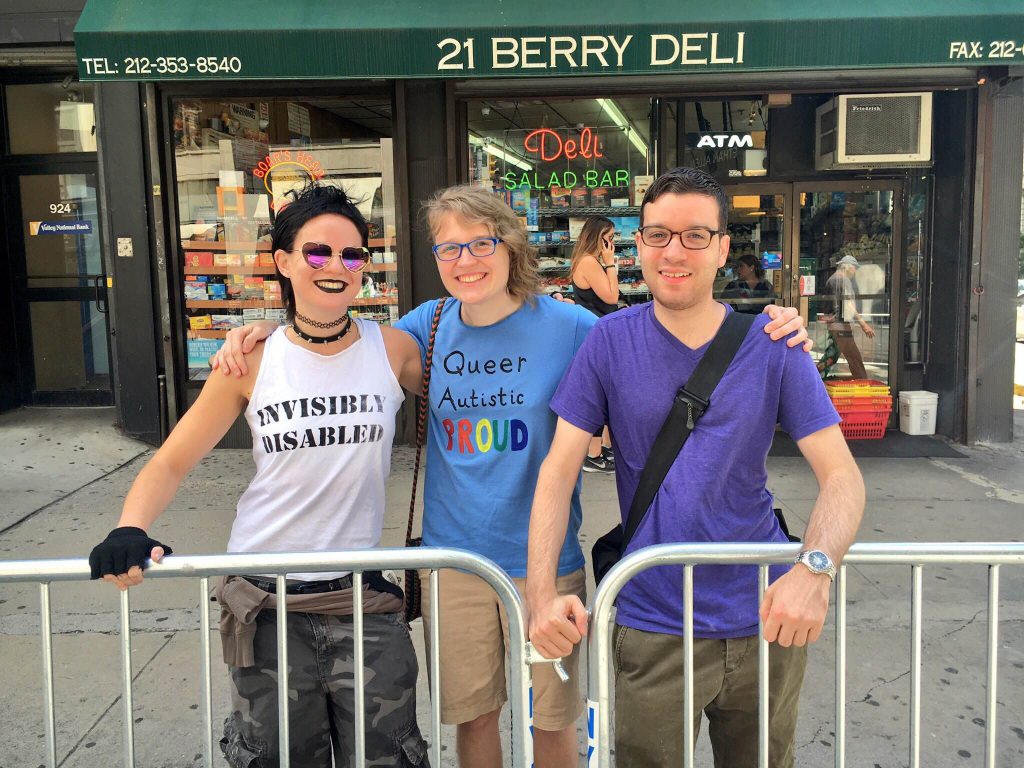 To understand what I mean by that, I first have to lay out how these two groups have significant similarities. Both have a history of being – no pun intended – in the closet about who they are. Semi-willingly, many members of the LGBTQ and the disability communities have done this for the sake of privacy. Others, however, have been in the closet or have been forced into it by family pressure and social stigma and alienation. For example, someone with bipolar disorder may choose to never speak of their disability out of fear of judgement, similarly to how someone who is gay, may choose not to speak of that. Furthermore, when it comes to fighting for their rights and place in the American fabric, both communities have done so through legislative means (i.e. Americans with Disabilities Act, Marriage Equality Act).

However, I think Disability Pride is LGBTQ Pride that hasn’t made it yet because the disability community is so often separated from our mainstream, everyday lives where we build comradery and social identification. For example, in the case of a physical or intellectual disability, people often are segregated into special education classes from the start. Education and athletics are often two of the most influential experiences of childhood, and, in both cases, some people with disabilities either cannot or are not permitted to fully participate. The effect of this is that the so-called “mainstream” is not organically exposed to people with disabilities, their abilities, and the fact that they are not at all that different from anyone else.

I notice that this kind of separation continues in the media. What we see on the silver and small screens have long been an effective method- both positively and negatively- of influencing society’s notions of how to perceive types of people when it comes to gender, ethnicity and religion. Often considered a watershed moment for the LGBTQ community is NBC’s Will & Grace, which emphasized who the characters were- not what they were- and showed a wide spectrum of positive gayness. I don’t think that the disability community has had that moment yet, and to that point, our recent Ruderman White Paper study shows how less than 1% of TV characters have disabilities and less than 5% of those characters were played by actors with disabilities. And according to previous GLAAD “Where Are We on TV” reports, 4% of regular characters were identified as gay, lesbian or bisexual. As it stands, the number of LGBT characters have been increasing, while the number of characters with disability has decreased even though people with disabilities make up around 20% of the population. 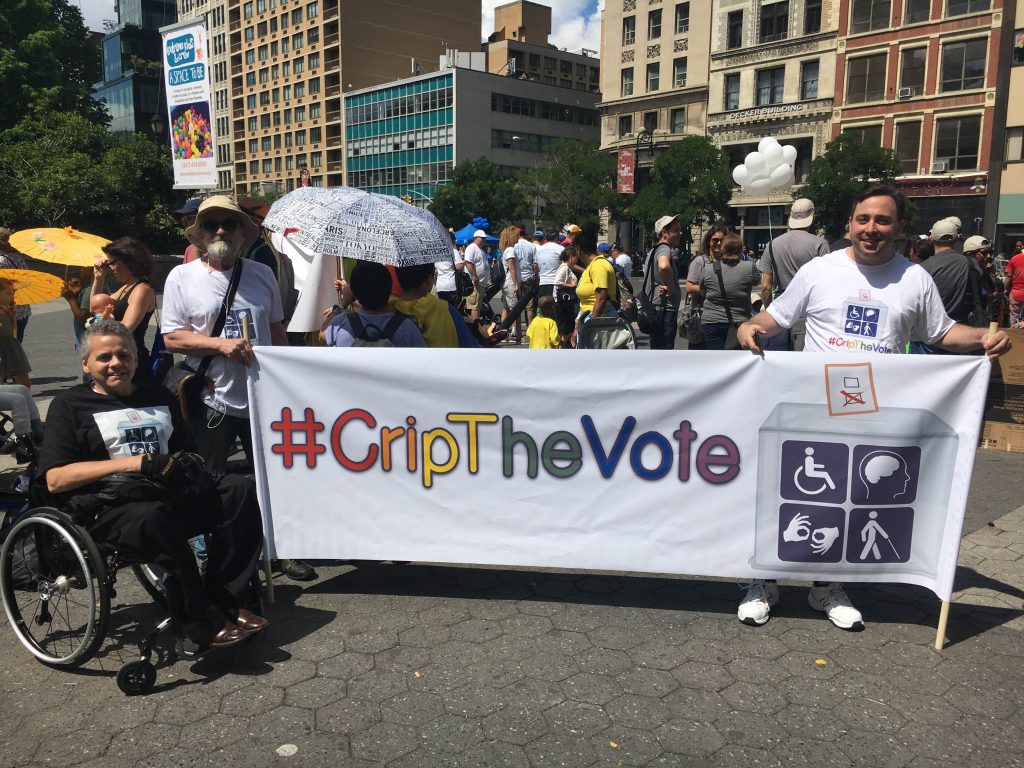 The effects of this persistent lack of integration, inclusion, and media visibility may have been evident in what I saw last Sunday. Every person in the parade was loud and proud, but there were very few spectators on the sidewalks to acknowledge and cheer on the parade. This stands very much in contrast to the last LGBTQ parade I attended where the sidewalks were bursting at the seams.

Despite this pessimistic news, I believe positive change lies ahead, even if it crawls at a slower pace than many of us would prefer. One of the reasons why is what I witnessed among Disability Pride Parade participants. People of all disabilities and backgrounds, including their allies, made themselves seen and heard, united by and exhibiting a radiating positivity that can only serve as a gravitational force. The shirts were expressive, the banners were clever, the chants were strong, the music was loud… This is pride. This is how a parade is supposed to look and feel.

I don’t know what the watershed moment will be for people with disabilities, but I cannot stop thinking about what one parade participant said to me. An employee of Independence Care System who has been an a disability rights advocate for 25 years, she said, “Where else do you ever see a group this large of people with disabilities out having a great time?” And it hit me- we don’t. But we need to. We need to see more of it.