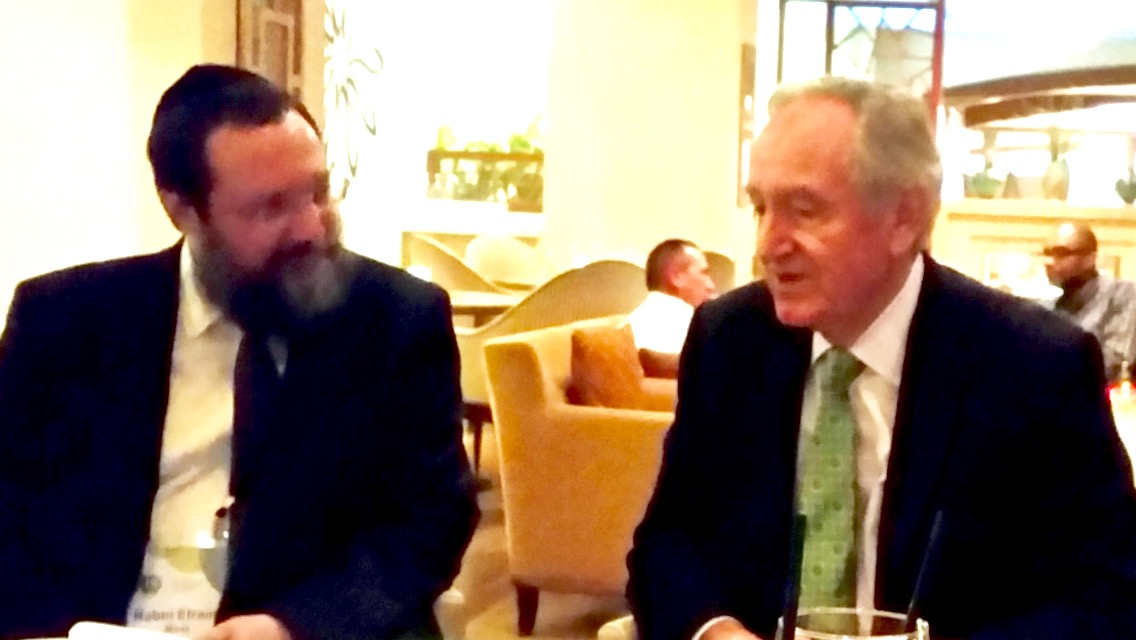 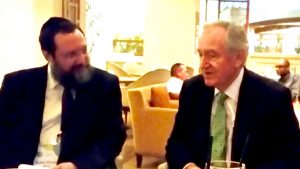 The Ruderman-Chabad Inclusion Initiative (RCII) is dedicated to building on the philosophy and mission of Chabad-Lubavitch by providing Chabad communities around the globe the education and resources they need to advance inclusion of people with disabilities. RCII engages Chabad’s network of human and educational resources to create a Culture of Inclusion so that all Jews feel welcomed, supported and valued throughout their entire lifecycle. During Jewish Disability Awareness and Inclusion Month, we spoke with RCII’s Director, Dr. Sarah Kranz-Ciment, about the first year of this Initiative.

RFF: What has been accomplished in the first year of the Ruderman-Chabad Inclusion Initiative?

Dr. Sarah Kranz-Ciment: When we first began, we were very excited about how we were going to get this message out and be able to explain to all the emissaries (there are 4,200 of them worldwide) – what we had to offer, how each Chabad House could benefit from it.

Our initial year was very much educating our Chabad Houses about what we have to offer. And again, many of them look at inclusion and they think, ‘we do this already.’ Our strategy had to be geared very much to what more they can do. 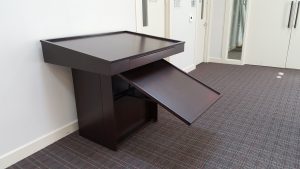 In our second year, we’ve picked up a great deal of traction, and people are implementing ideas that we’ve recommended. Chabad is very networked: We have very good communication among all the Chabad Houses, even internationally, so when one person hears about something, generally many others know about it very quickly.

One example is the annual Kinus (convention) in Brooklyn. Once we began, we finally started using sign-language interpretation during that event. When you had 5,000 people in attendance, and thousands more streaming live online, that was an immediate way to see that this is something that’s important to Chabad, and it’s something new as a result of this initiative.

We know that, since then, many other Chabad events have had sign-language interpreters, and they’re now closed-captioning. They’re starting to think about things more proactively, and that’s been a really big change.

RFF: How did Chabad-Lubavitch come to address the issue of inclusion?

SKC: Chabad-Lubavitch is probably unique in the sense that we are predicated on the concept of inclusion. It has been Jewish inclusion, and it has been inclusion in every part of the Jewish community regarding how Chasidus and Chabad philosophy view the soul of every Jew and every single person, and the right for them to be involved in the community, in their Judaism, in their heritage, in a way that they can access, in a way that they feel comfortable, that matters, and that truly every Jew is equal, based on the fact that we are all part of the Infinite. It doesn’t matter what you do – how many mitzvot you do, how observant or less observant you are – your soul is just as Jewish and as holy as the next person.

RFF: To what extent were the Chabad movement and individual Chabad centers dealing with inclusion of people with disabilities before the partnership with the Ruderman Foundation?

SKC: Friendship Circle started with Chabad over 20 years ago. Although it wasn’t a strictly inclusive environment, its mission was inclusive. That was also impressive for that time, because the idea behind Friendship Circle is taking typical teenagers in the community and having them go into the home of a child with a disability every single week throughout the entire school year. Although it was a program specifically for people with disabilities, Friendship Circle was also a program for teens in the community and for communities at large. By having organic friendships blossom amongst the youth, meaningful inclusion was the result.

What’s different now about this initiative is that we have more information and resources, and education, and training, per experts in the field. Even though a Chabad House has always had its door open, with this initiative we have the capacity to do it even better – to build on this philosophy.

RFF: How much of the innovation are you introducing from outside, and how much are you drawing from within the Chabad movement?

SKC: One of the biggest parts of this initiative involves the Jewish Learning Institute (JLI). The JLI is a Chabad program offering academic courses on everything from parenting to love, to death, to medical ethics, and many other topics, from the Biblical Jewish perspective as well as from current secular best practices in each field. Normally, the courses are accredited and in-depth.

We’ve been working on the inclusion course for the past year and it’s just now being piloted, so it will be available to the public next year. But it’s already starting to take off in many communities in this country and internationally.

That particular course has become a game-changer. As far as how you view someone who has a disability, and the fact that we can make this discussion apply to any part of the community – whether a business, a synagogue, a school – the concept of how you treat someone who’s different from you is a Jewish concept as well as a human concept.

JLI is offered in over 900 communities nationally as well as internationally. The fact that we can get this message of inclusion out to every part of the community, in such a concrete way, is something that’s really going to change the face of this discussion for many communities around the world.

It’s already in planning with JFS (Jewish Family Services). Many communities are already using it as a pilot course, as an opportunity to collaborate, which is really what inclusion is all about – to include the entire community. Right now, this JLI course is one of our biggest achievement; it’s still early, but I think this will be one of the most exciting pieces we’re putting out.

RFF: It sounds like you’re not just working with Chabad, but also collaborating with other community organizations.

SKC: That’s right. JLI is a Chabad program, and courses can only be taught by JLI-certified instructors. JLI has had many instances of an instructors going into a JFS or a Federation, or conducting it collaboratively.

Rabbi Efraim Mintz is the JLI Director. He said he sees many courses, and JLI has had many partnerships, and this will be one of the strongest, because this concept of inclusion translates every single boundary everywhere, more than anything else he’s every done. In this particular discussion about respect and human dignity, it can and should go into every outlet. This course will allow even JLI to go into places it has never gone before.

The reach of Chabad.org, with 45 million unique viewers a year, is remarkable. The impact of the RCII articles and content on there, and the feedback we have received, is something that is unparalleled with anything else that is out there. This is only the pilot phase of our relationship with them, and we are very excited about what is to come in the upcoming years.

Rabbi Mintz applied the Rebbe’s philosophy for how to impact our emissaries, the shluchim: If you want them to live and breathe something, you have them teach it to someone else. That’s how we are spreading inclusion across Chabad. This is how our world changes.