ReelAbilities: The Place to Find Great Movies with and about People with Disabilities ﻿
Skip to main content

ReelAbilities: The Place to Find Great Movies with and about People with Disabilities 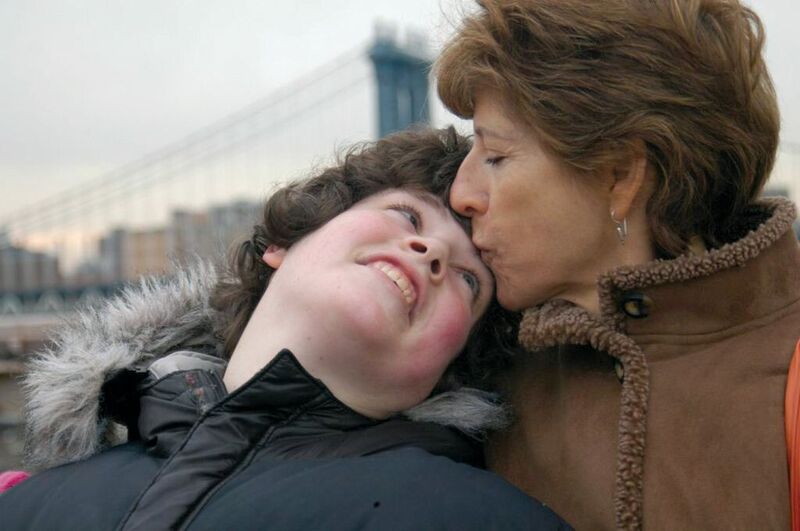 ReelAbilities: The Place to Find Great Movies with and about People with Disabilities

The following blog contains minor spoilers about the movie Sanctuary.

I’ve repeatedly written about the need for self-representation of people with disabilities in our media—be it in TV shows, movies, commercials, ads, etc. Self-representation of course wasn’t always a given—women’s roles were played by men in early theater and black people were historically represented by white people in blackface—but we as a society are slowly realizing its importance, as evidenced by public outcries at casting decisions, such as Emma Stone playing an Asian character. The biggest argument I often hear when it comes to the topic of self-representation for the disability community is something along the lines of “oh there aren’t enough talented actors with disabilities.” That just isn’t true. For evidence, let’s take a look at the ReelAbilities Film Festival. 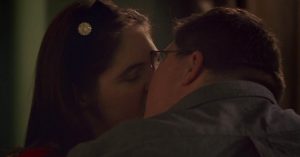 From the movie Sanctuary: Sophie and Larry finally get some privacy.

This festival showcases films with and about people with disabilities from across the world. It started in New York City in 2007 and just celebrated its 10 year anniversary there in early March with a remarkable lineup on movies that all feature incredibly talented casts. The films were funny, moving, powerful, and absolutely entertaining. As an example, let’s take the opening night feature, which was the highly lauded movie Sanctuary—a movie where each character with a disability is played by an actor with that disability.

Sanctuary is a simple story about a man (Larry) and a woman (Sophie) who fall in love. Put that way, the movie sounds like a thousand others, except that the man has Down syndrome and the woman too has a disability that gives her tremors—and that complicates everything. Sophie lives in a group home with other people with disabilities where she essentially has no privacy. Larry lives with his mom, and he too barely has any privacy. So to have a bit of time alone with Sophie, Larry saves enough money through his busboy job at a restaurant to rent a nice room in a hotel with the help of Tom—a caretaker. The plan is relatively straight forward—when Tom takes the entire group home to a movie into town, Sophie pretends to spill her popcorn and so Tom, Sophie and Larry have to go get more popcorn, that is, they sneak out and go to the hotel next door. A fool-proof plan, except that the ragtag group of characters of course doesn’t stay put in the theater waiting for Tom to get back, but split up and go on their own, often hilarious adventures around town. 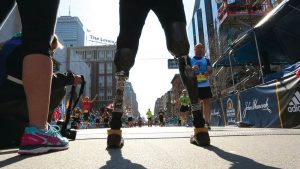 From the documentary Marathon: The Patriots Day Bombing.

The core theme of the movie that is explored effectively and pointedly is the way our society is set up to make relationships, specifically romantic relationships between people with disabilities nearly impossible, and definitely a taboo. When Tom discovers that Larry and Sophie maybe would like to do more than just hold hands and snuggle he says “You’re supposed to be married” referring to a law in Ireland that prohibits sexual relationships with people with disabilities outside the confines of a marriage. Larry says, “Would it be different if we were normal?” to which Tom quickly responds, “Don’t use that word!”, but Larry repeats his disarming and incisive question which is directed at Tom and the audience, both.

Len Collin, the director of Sanctuary, told me in a brief interview: “The point of our film is that it will change people’s minds, our test audiences were amazed.” And for good reason. The actors give remarkable performances that make it easy to root for each one of the well-rounded characters. Unfortunately Collin also revealed that he has struggled in showing the movie to audiences that he felt might be most open to it. “The biggest charity in the UK that deals with people who have intellectual disability and their families wouldn’t show it,” Collin said. Our conversation then veered to the topic that it is very hard to change deeply entrenched prejudices and biases. If you’ve lived your whole life with the idea—supported by our media—of people with disabilities as invisible and on the fringes, definitely not in romantic relationships, then it’s not easy to have that idea challenged. However, for the sake of human rights and inclusion, it is necessary to challenge those ideas. 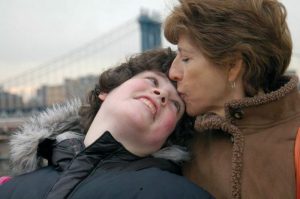 From the documentary Rachel Is – a tender moment of Rachel and her mother.

Sanctuary is just one of several remarkable films and documentaries about people with disabilities. And while the ReelAbilities Festival in NYC is over, the one in Boston is around the corner, from March 29 – April 6 with a fantastic lineup of movies, including the Oscar-nominated Life Animated, as well as other highly anticipated documentaries, like Notes on Blindness, Rachel Is, and Marathon: The Patriot’s Day Bombing. Tickets are still available online and some of the screenings are free of charge, so don’t miss out on your chance to be amazed, entertained, and maybe to even have your prejudices challenged.