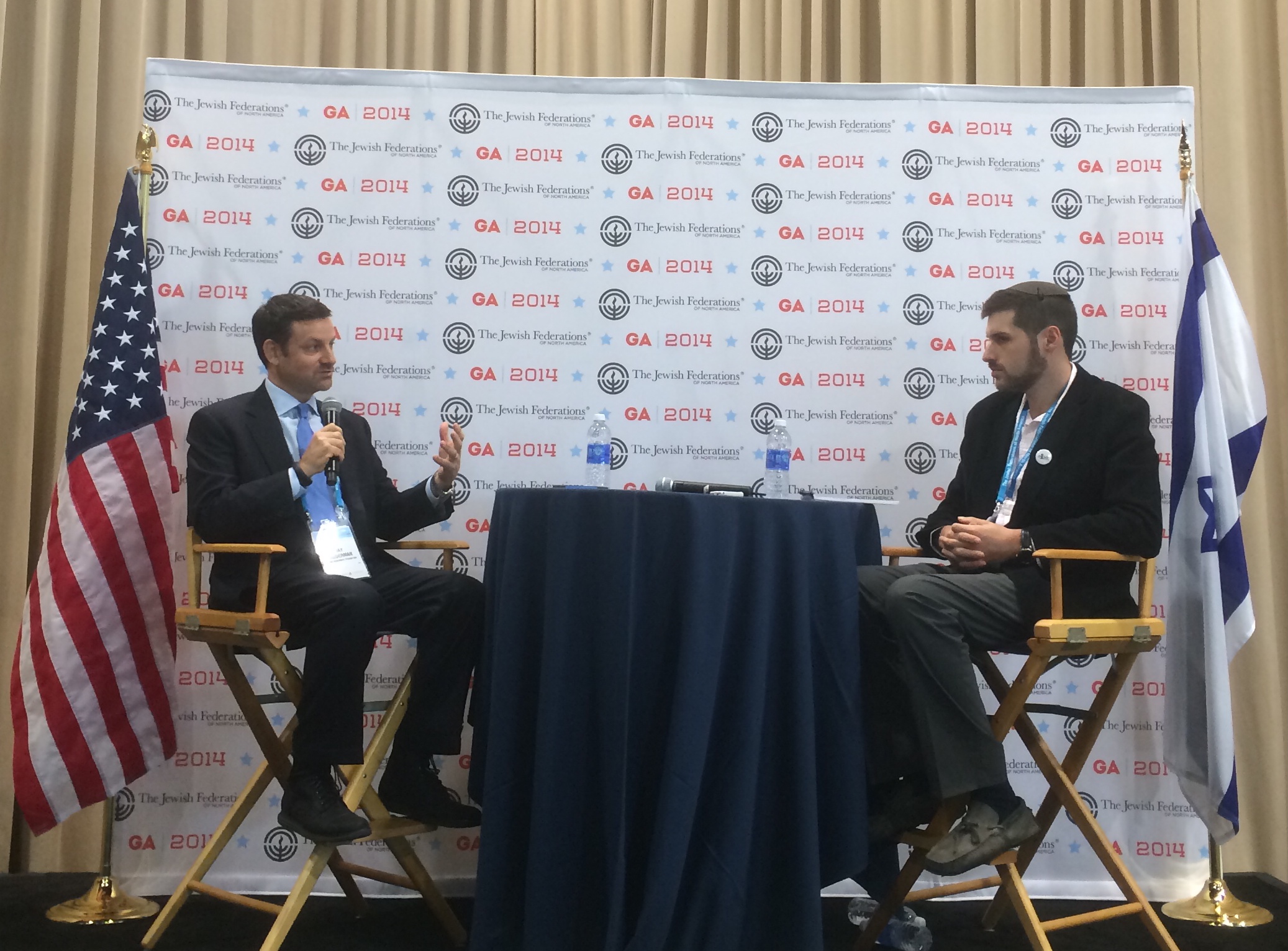 At the recent JFNA GA, Jay Ruderman sat down with JNS Editor in Chief Jacob Kamaras to discuss inclusion, philanthropy, the Israel-U.S. Jewry relationship and more. Below is part one of that interview.

The Ruderman Family Foundation is known for its work to advance the inclusion of people with disabilities, but at the 2014 General Assembly (GA) of the Jewish Federations of North America (JFNA), the foundation’s president used the concept of inclusion to issue a broader challenge to the Jewish community.

“I think that we look at people and we label them very quickly,” Jay Ruderman told me Nov. 11 on the stage of the GA’s “press pit,” a section of the exhibition hall where conference attendees got the chance to listen to journalists interview various Jewish leaders. “[We’ll say] ‘You’re in a wheelchair,’ or ‘you’re a different color,’ or ‘you have a different orientation.’ And that’s not what we should be about. We should be about saying, ‘Okay. You’re Jewish. You identify Jewishly, and we’re all in this together, and let’s figure out how to build a big tent.’”

In addition to disability issues, the Ruderman Family Foundation—which has offices in Boston and Israel—prioritizes fostering a more nuanced understanding of the American Jewish community among Israelis and modeling the practice of strategic philanthropy worldwide. The following is a condensed version of my interview with Jay Ruderman at the GA.

What would you fix about the Jewish community?

“Most Jewish philanthropy is given Jewishly. Jewish organizations are mainly focused on ensuring continuity. So if you’re looking at Jewish day schools, or Jewish camping, or trips to Israel, it’s all about the same thing: How do we engage younger Jews to be connected to our Jewish community? Which makes sense, and that’s a laudable goal. But what we’re not doing a good job at is including people on the fringes of our society—people with disabilities, the gay and lesbian community, intermarried families, Jews living in poverty. There are all sorts of groups that are excluded from our community. First of all, I don’t think that that’s a great value system for the Jewish community. But furthermore, young Americans already live in a more inclusive society, and if you build a Jewish community that looks like a country club that excludes a bunch of people, I think you’re going to turn off the very people that you’re trying to attract. So [our foundation is] out there talking to fellow philanthropists, talking to Jewish organizations, [saying] ‘Let’s build a more inclusive community that represents Jewish values of fairness, and in the process going to build a community that’s more attractive to younger generations.” 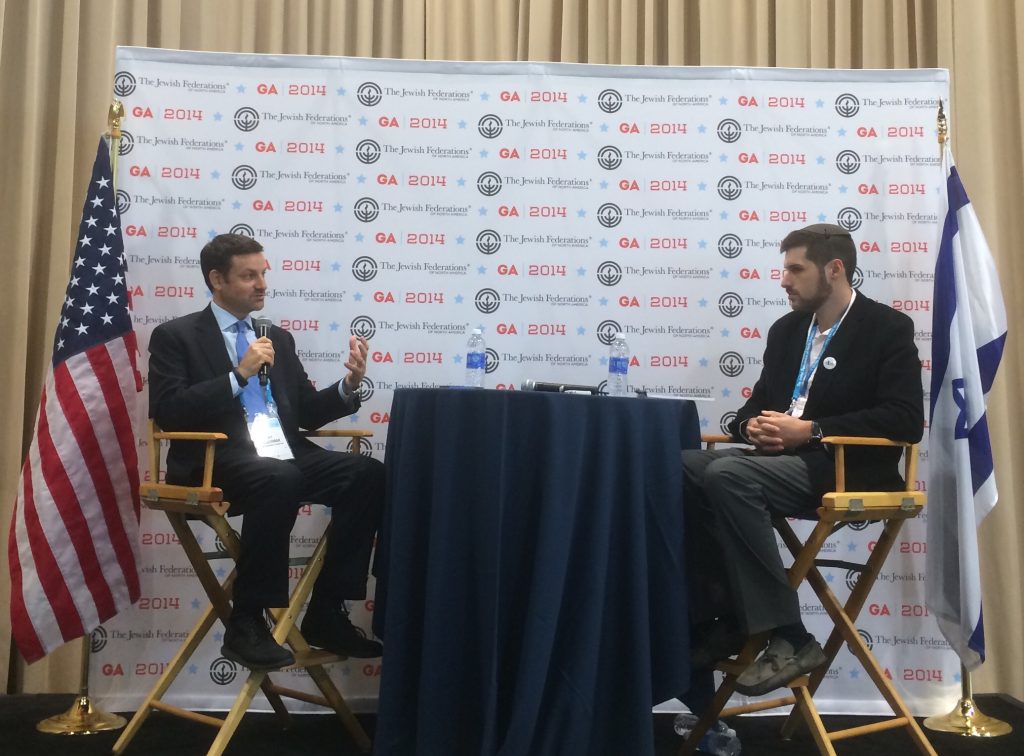 During the controversy surrounding the recent report about a senior Obama administration official called Israeli Prime Minister Benjamin Netanyahu a “chickenshit,” your foundation instead focused on another insult of Netanyahu mentioned in the same report—“Aspergery,” derived from Asperger syndrome. What does this usage of a disability insult teach us about the power of language?

“First of all, our point when this whole story came out is based on the premise that it’s true, that someone said it. I believe someone said it, I don’t believe Jeffrey Goldberg would have written it if someone hadn’t said it. I don’t know who said it. In any case, the point is that people can’t use terms of disability in a derogatory manner. And we do it all the time. When I read the [Atlantic magazine] article, it jumped out at me. Like what is this? Aspergery? How could you use a disability that millions of people live with and try to put someone down that way? But we do it all the time when we talk to people. [We say] ‘What are you blind?’ ‘Are you deaf?’ And you hear this all the time. It’s not correct. There’s been a huge campaign that’s been going on for years not to use the word ‘retarded.’ And that’s been a successful campaign. And especially younger people in our society, they know that these terms are not okay, it’s not cool to talk that way. So that was our point [in responding to the ‘Aspergery’ insult]. Obviously the disability community picked up on it, and I have to give credit to the Jewish community, they also picked up on it.”

The interview was originally posted by JNS.