In a previous piece on how to avoid offending minority groups, I wrote how you should not call a person with a disability inspiring just because they do basic, mundane things. “The first time someone called me ‘inspirational’ was just after I lost my legs,” says Amy Purdy in our recent email interview. “I was in a wheelchair at a store and this lady came up to me and said ‘you are so inspiring!’ It made me so mad! I thought ‘I haven’t even done anything! So the fact that I’m just sitting here in a wheelchair grocery shopping is inspiring?!’ I remember thinking ‘wait until I really do something with my life, now that will be inspiring!’” 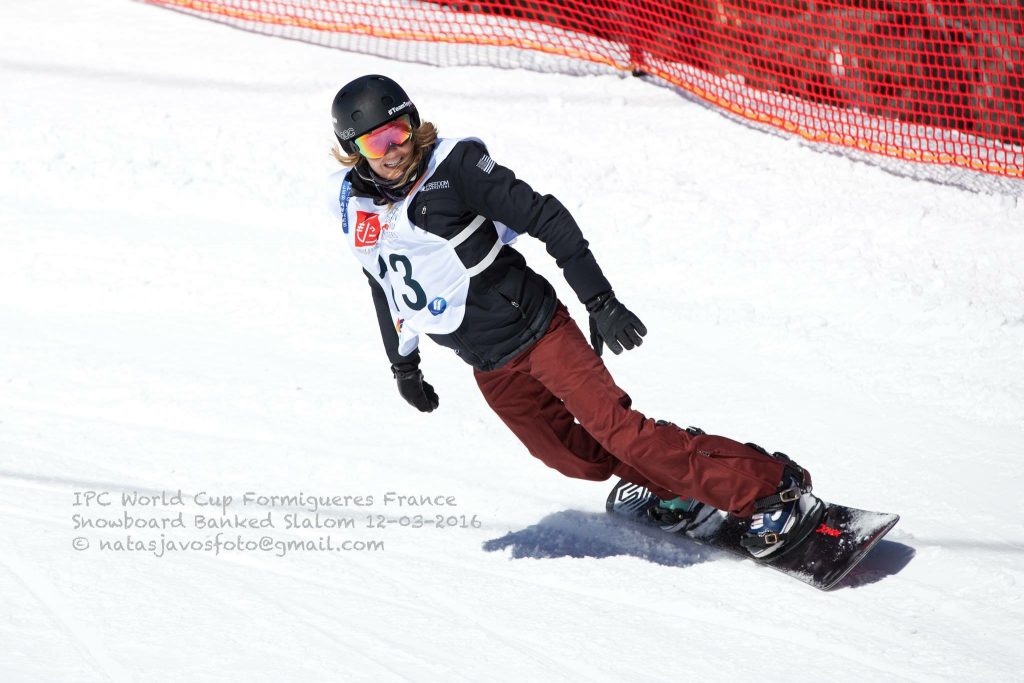 For those few of you who may not know Amy Purdy, here is a brief introduction: Purdy is a snowboarder who has won the bronze medal for the US in the 2014 Winter Paralympic Winter Games. She has won the 2011 World Cup and placed second in several others, she has also won the 2012 Para-Snowboard World Championships, to name a few of the athletic accomplishments. In addition to those, she also has several acting credits, has written a book, has been featured on the front cover of Strong fitness magazine, has co-founded Adaptive Action Sports—a nonprofit to help people with disabilities engage in action sports, and has finished as runner-up on the 18th season of Dancing with the Stars (DWTS), where she also made history for being the first double-amputee to ever appear on the show. And I could keep going with the list of her accomplishments. So it’s clear that Purdy has not just done something since the day she was grocery shopping while using a wheelchair, but she has done many, many remarkable things with her life that truly merit the word “inspirational.” After all, if you called Purdy inspiring now, no one could contest that you’re simply making a true statement. Even her own motto is, “live inspired” and when asked about this potentially loaded word, she makes a poignant distinction between its trivial use and its actual meaning.

“Here is the thing!” Purdy says. “I have never tried to be ‘inspiring’ or suggested to anyone else to ‘be’ inspiring. It’s not like I ever woke up and thought, ‘I’m going to inspire the world today!’ Same with when I went on DWTS. I never had the motivation to do it to inspire others, I simply was ‘inspired’ to try something new and see if it was possible for me. My goal in life has always been to simply live an inspired life myself. The more inspired I am the more productive I am. It’s that simple. …. I have learned that when we are truly inspired by something or by someone we are motivated to make a positive change in our lives and that’s why I encourage people to live an Inspired life! …. So there is a very positive way of using the word ‘inspire’ and it’s usually tied to taking action that’s where my motto “live inspired” comes from. 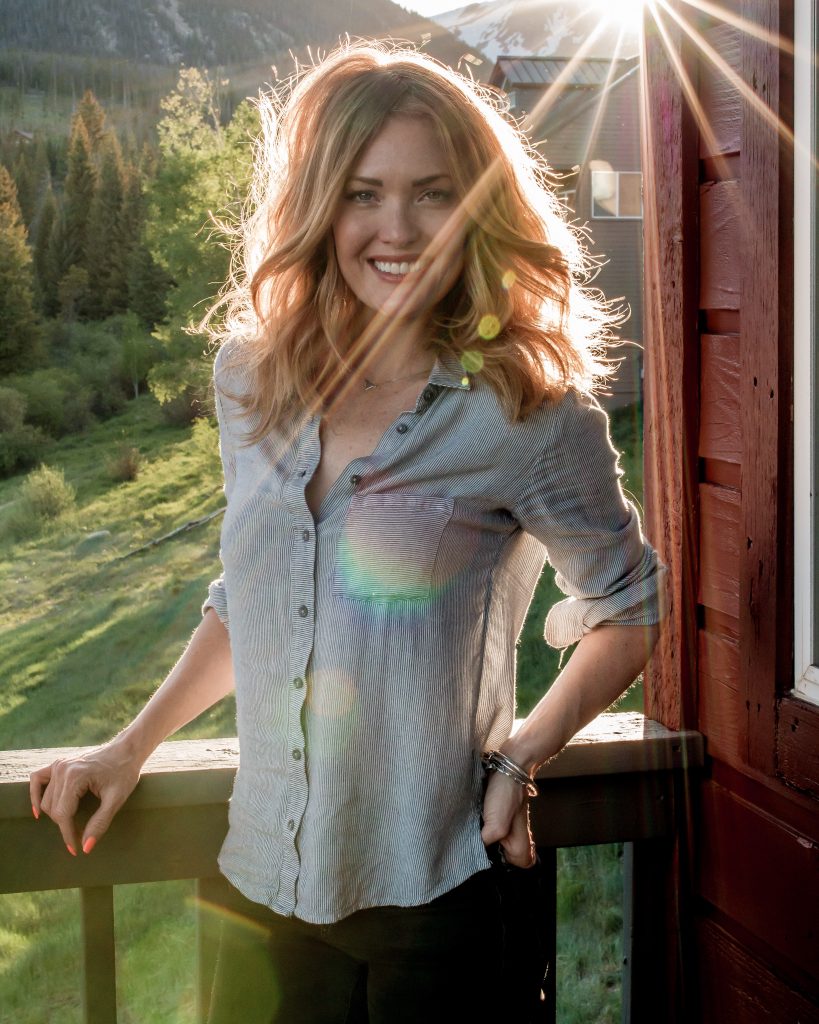 Amy Purdy taking a break from one of her many time-demanding projects. (photo credit: Julianne O’Neil)

“I literally have been called ‘inspiring’ hundreds of thousands of times especially since DWTS and at one point I thought ‘can’t people think of a different word??’ Instead of ‘you are inspirational’ you say ‘you motivated me to take dance classes!’ Or instead of saying ‘you inspire me’ you say ‘because of you I went back to school!’ A lady came up to me the other day and said ‘Your Instagram posts inspired me to lose 50 pounds and I did!’ Now to me that’s true inspiration! She was motivated and took action and that then inspired me to keep posting my workout routines online. I always say inspiration is contagious and that’s a perfect example of how one person living an inspired life can affect others to do the same. True inspiration is not a word to be thrown around, it’s a verb that leads to motivation which leads to a positive change in your life.”

I don’t recall hearing a better reclaiming of such a powerful word that frequently gets trivialized. But there is still a distinct difference between that “on fire” feeling we all occasionally experience, and sustaining that motivation and translating it into actual productivity. To give you some more context, Purdy and her husband—Daniel Gale—planned their wedding in just two months, and Purdy wrote her book in just six weeks. And all this without an assistant or even productivity apps! “I tend to find myself in this position a lot!” Purdy says. “Just recently I planned a big fundraiser for our organization, Adaptive Action Sports, in just a month because I literally had a month of downtime at home and decided why not help the organization in that time.” So how does she do it, when it takes most of us a month to get an oil change? 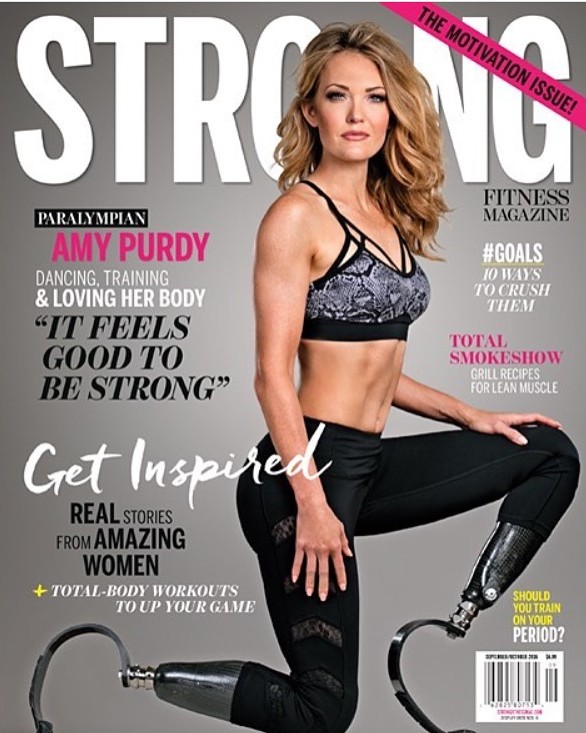 “I realize that I need deadlines and the more I have going on the more I tend to get done. I like to jump into projects feet first and the deadline keeps me moving forward. There is simply no time to slack. Every minute of my day is filled and if it isn’t then I get to the gym. It’s kind of a momentum thing. When you are moving its easy to stay moving but the minute you stop it’s really hard to get yourself going again. However, I do like my rest. I sleep a full 8 hours and take naps. That replenishes so I have the energy to keep going. I do not have any apps, however  I write my to do list out for the week and for the day. So the night before I make sure I know all my to-dos for the next day and check them off as I go. I do that in the notes section of my phone.”

Based on this, Purdy’s other motto could be “simple and effective.” It is a method that has clearly worked, so I of course had to ask the question of what’s next for her. “Oh man, a vacation hopefully!” she says.

“Actually I love staying busy and when I’m not my mind comes up with all types of new projects so I will be busy! I am currently training four days a week on a performance I am doing for the Opening Ceremonies of the Rio Paralympic Games I’m also doing a bunch of interviews and studying athletes because after the opening ceremonies the next day I begin working for NBC as a sideline reporter for the Games. I am also training and will be snowboarding full time for the next two years to compete in the 2018 Olympic/Paralympic Games and I just bought a house and am remodeling it, so for now my plate is pretty full.”

So if you needed another reason to tune in for the Summer Paralympic Games in Rio, there you have it. The powerhouse that is Amy Purdy will be an NBC correspondent doing a performance. If we’ve learned anything about her, we know that she will certainly awe and motivate her audience.