How inclusive was your Passover? 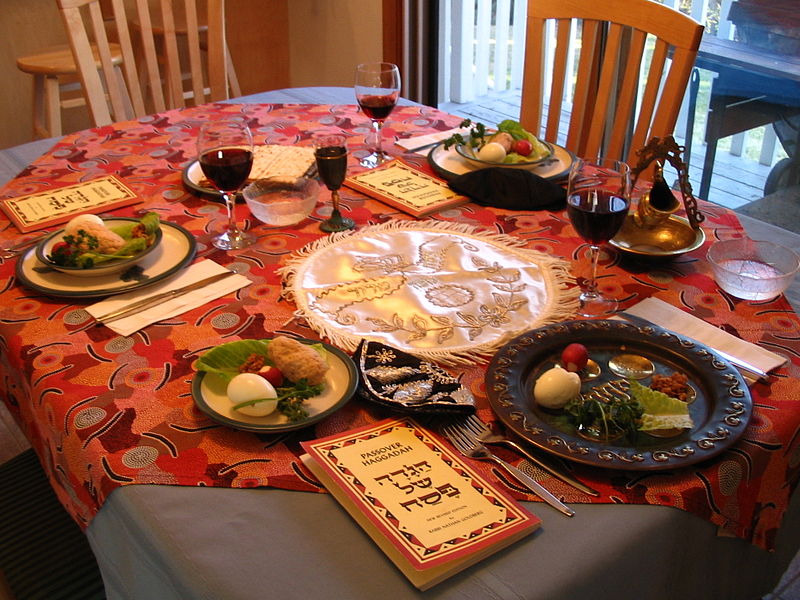 How inclusive was your Passover?

The Jewish people are rich in tradition and have a rich tradition of maintaining tradition. This dedication to custom has helped the Tribe survive and thrive throughout the course of history- from the State of Israel to the smallest of Jewish communities around the world. I love our traditions. I think they are essential to who we are as a people. 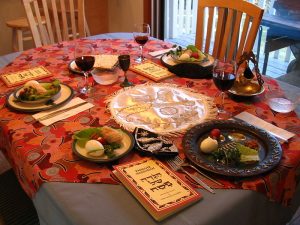 However, I begin to question tradition when habitual practice for the sake of habitual practice does more harm than good- when it inhibits Members from fully engaging in and appreciating the experience and its purpose. Remember what Topol’s Tevye described in the opening scene of “Fiddler on the Roof”: I do not know where the tradition comes from, but it is how we keep our balance. I think that resonates with many of us. There are things we do because we know to do them and they give us a sense of solidarity, but does that alone make them the most effective and meaningful? There are many aspects of Jewish life I believe deserve this appraisal, but in the spirit of the ongoing Passover holiday, I want to direct the spotlight on the Seder, and especially on the Haggadah.

Passover is an incredibly structured holiday, at least inherently more so compared to others, and that is okay. The meal’s name itself- the Seder- means “order” in Hebrew. Each ritual is performed at a specific point- never before or after its preceding or subsequent one- and it is through rabbinically designed experiences in the Haggadah we emphasize the importance of redemption from slavery in Egypt.

But anyone who’s read from more than one Haggadah knows that they are not all the same. Some are incredibly inaccessible to different readers for a variety of reasons. Many participants can not understand Hebrew, are limited in their knowledge of the content and symbolism, find it difficult to engage with material that stimulates like a dictionary, and some simply can not consume information the same way. And because the Seder- and Seder leader- relies so heavily on the Haggadah for directing the experience, too many people are being denied the opportunity to appreciate one of the most meaningful holidays.

What if a participant is blind or dyslexic? Why should they need to rely on someone to read or explain something they are perfectly capable of understanding if only for available accessibility? Fortunately, there is an organization that already appreciates this and offers Judaic independence through technology and customized content- free of charge. CSB Care’s mission is to use modern technology to meet these challenges head on and unlock the potential that lies within every human being. This includes providing Braille readers, screen viewers and other communication devices for those who are affected by blindness, low vision, ALS, dyslexia or paralysis.

It is also true that some can not fully engage with certain Haggadot for reasons relating to its aesthetics or lack thereof. In layman’s terms- it is boring. Humans are visual animals and images can often communicate far more simply and effectively than the written word. And not all images are equal. Certain aesthetics have the ability to drive curiosity, imagination and satisfaction more so than others, which is why I was blown away when I learned about a graphic novel Haggadah currently being penned for a Seder 2017 release. It combines the beauty of Marvel comics-style illustrated storytelling with the function of the traditional Haggadah text in English and Hebrew. Watch this video to learn about the author’s inspiration:

And just as we need to make sure Haggadot are accessible in their content, so too must the Seder leader and the way in which they guide the meal. How a person communicates our journey out of bondage- with all its storylines, characters and motifs- is only as effective as how those sitting around the Seder table can appreciate it. However, this does not require diluting the authenticity of the material. It presents an opportunity for the Seder leader to utilize interactive creativity.

This can be done with multiple forms of engagement, including experiential reenactment (walking around the room with a bag of matzoh over your shoulder as you “leave Egypt”), asking open-ended questions (how would you feel if you had to abandon your child in order to save his/her life?), singing songs or reciting lyrics (Metallica’s Creeping Death is the 10th Plague in the first-person) and allowing participants to offer comparative experiences from their own lives and beliefs to increase realism and relevancy. And these are but a few. There are so many ways to make your Passover inclusive and compelling; all you need to do is remember (and exercise) the magic rule of communication: Know your audience.

So we would like to know- do you think you have an accessible Haggadah? If so, submit the name and photo of the cover, along with a few sentences describing your reasons, to justin@rudermanfoundation.org. We will post the most accessible ones on our Facebook Page next week!