How Inclusion Redefined “Upgrades” At One Chabad Center 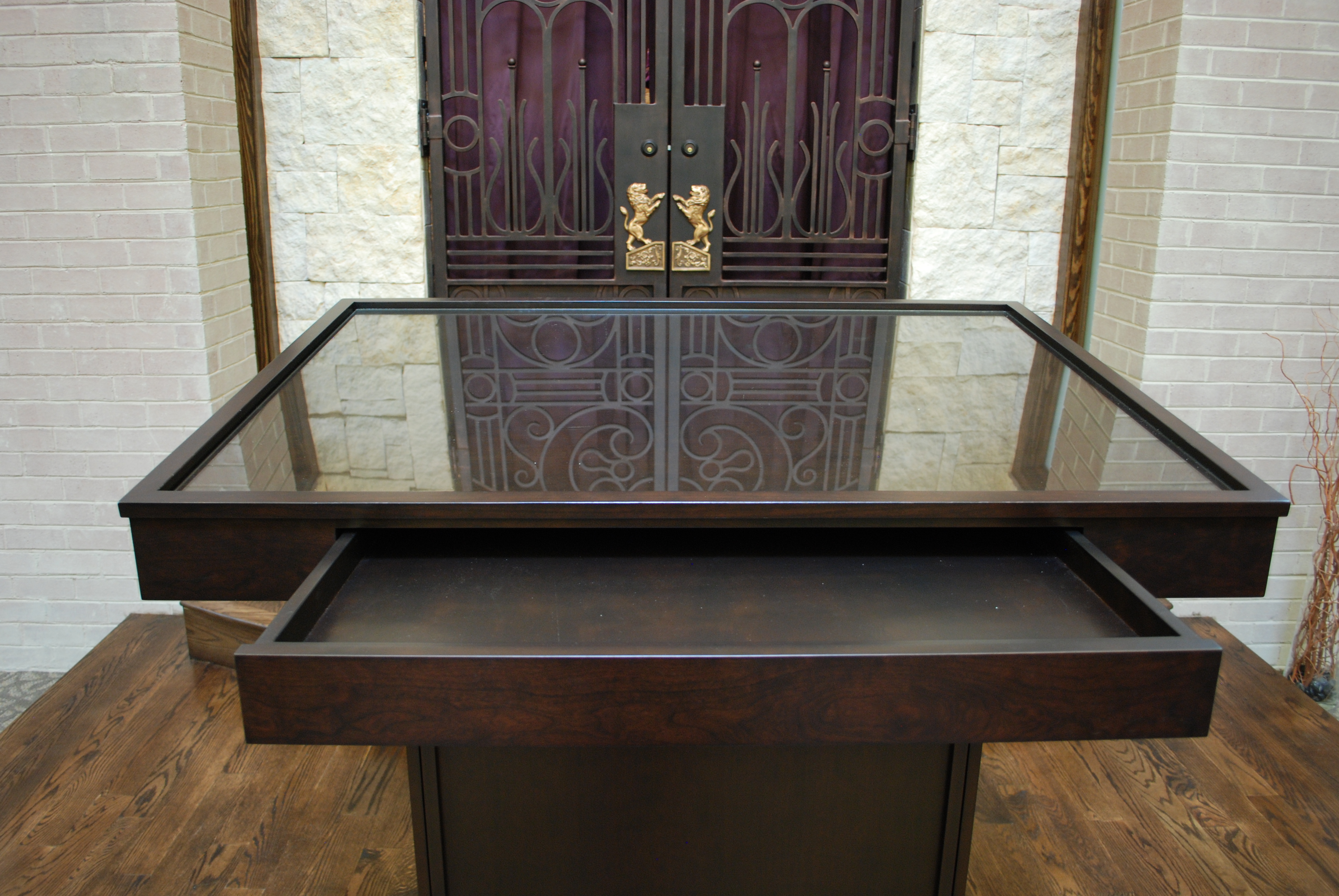 How Inclusion Redefined “Upgrades” At One Chabad Center

February is Jewish Disability Awareness and Inclusion Month, a time to raise awareness and support efforts to foster the inclusion of people with disabilities and their families in Jewish communities worldwide. In honor of the mission and those engaged in this process of progress, we want to examine one of the many ways Jewish life can easily be made more inclusive.

Let’s take a look at bimah accessibility. In a synagogue, the bimah is an elevated platform that serves as the focus of a prayer service. Upon it is the pulpit where sermons are delivered and the ark containing the Torah stands. During communal Torah reading prayers a congregant or group of congregants receive the honor of an “aliyah,” whereby they come up to the bimah to recite blessings before and after the readings. In line with the raised structure, aliyah in Hebrew literally means ascension, which may be naturally difficult for people with a variety of disabilities.

The Chabad of Virginia underwent a renovation a few years ago, including the replacement of the bimah, and when the designs were first being considered, Rabbi Yossel Kranz encountered the realm of inclusion that would change his synagogue for the better. “We wanted an old-school bimah, a throwback to European style: in the center, high steps reaching the elevated platform,” Rabbi Kranz said. “I researched all the things behind it and at one point showed it to my sister, and she said, ‘No one designs bimahs like this anymore. It’s not inclusive.'”

At the time, Rabbi Kranz did not understand what she meant, what inclusivity meant in this context. To reinforce the point, she asked him to consider what he would do if a congregant in a wheel chair was given an aliyah, but would not be able to climb the magnificent stairs of the initial design. She made a valid point that sparked his curiosity. “I Googled accessible bimahs, but couldn’t find anything, so I worked with my designer to create an accessible bimah, one that was easy to transition, so it would not be an interruption during service,” he said. “We wanted it to be seamless. And now it’s simple to use and fits in quite beautifully with the rest of the shul. It wasn’t expensive, and in fact, it was cheaper than the original design idea. I think most people would imagine this as an expensive and visually unpleasing endeavor, but I found it was the opposite. Optically sound and doable. It was easy.” As seen in the video above, the bimah functions by allowing the Torah to be lowered for a wheel chair user or an individual with mobility issues. 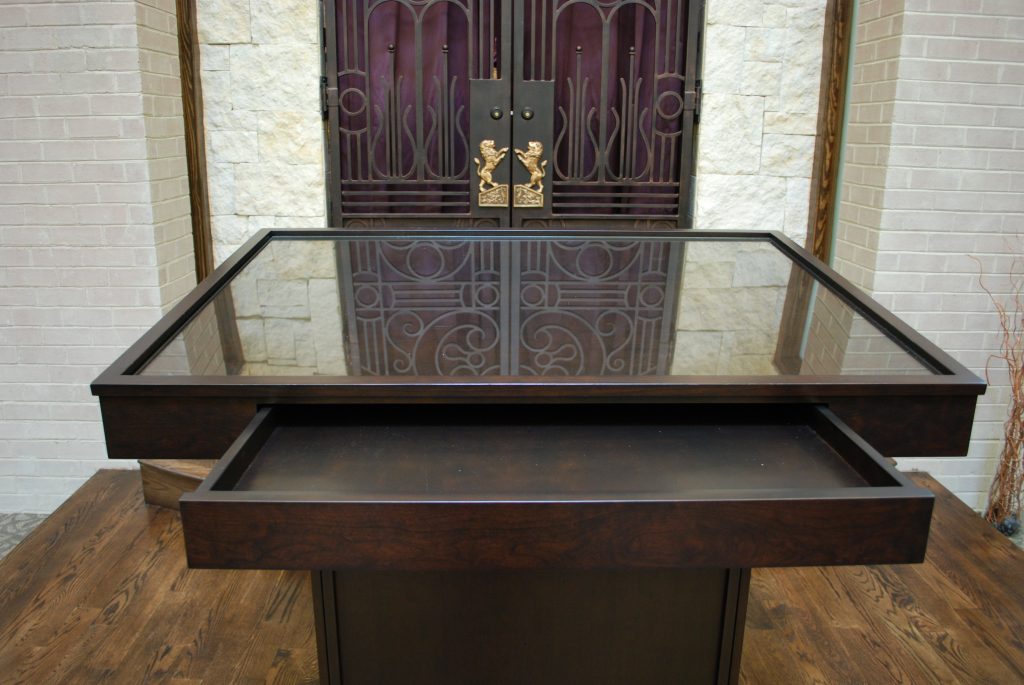 Unfortunately he said he is not familiar with too many other accessible bimahs, both within Chabad and across other denominations. The first and only other accessible bimah he saw was when he first did his research and learned of an Israeli girl who designed one for a Bat Mitzvah project. Other than that, he found little to no information. Contrary to those who may view Judaism – and especially Chabad – as uber strict and nonconforming, Rabbi Kranz said that could not be farther from the truth, stating that Chabad’s mission is spiritual inclusivity and that should extend naturally to its physical spaces.

“Most people tend to think of Judaism as very rigid, but it is also incredibly flexible,” he said. “It’s not nearly as black and white as people imagine. We’ve always done as a people an incredible job of holding on to traditions and at the same time find the relevance in Judaism every time or place we’ve been. That’s the beauty of it. It’s timely and always relevant. In terms of inclusion, I think that Judaism wants us to figure out ways to be inclusive. I think it demands it. Figure out how to make this work for everyone. That’s our task. Halacha wants us to do what’s necessary.”

Rabbi Kranz hopes to see other congregations and houses of worship find inclusive measures to provide a more accessible and fulfilling environment to parishioners. Churches, Mosques and all Houses of God can benefit from this appraisal. As far as his own community, there’s no doubt that the conversation has changed dramatically and evolved beyond the bimah. This experience has piqued the interest of donors, board members and a variety of stakeholders who value the viability of the Chabad of Virginia. A discussion generally about design and aesthetics shifted toward inclusion.

“It changed in that all of a sudden everything was about, ‘if we’re spending X, how is it going to be inclusive to everyone and feel like a home to everyone?'” said Rabbi Kranz. “I saw people who weren’t as involved before, or part of the conversation, and as soon as we started talking about inclusion, more people wanted to be a part of it. More people had interest and ideas and it became a more inclusive conversation for everyone. It wasn’t just about designing something that was pretty or had wow factors, but something everyone would use and feel comfortable in.”

But it has not stopped there. Conversations about inclusion at this Chabad center now include prayer books, seating, and different size Torahs in order to make it a more user-friendly synagogue. The culture has changed. And it all started with an accessible bimah.