Happy 25th Anniversary ADA! Will You Join The Party? 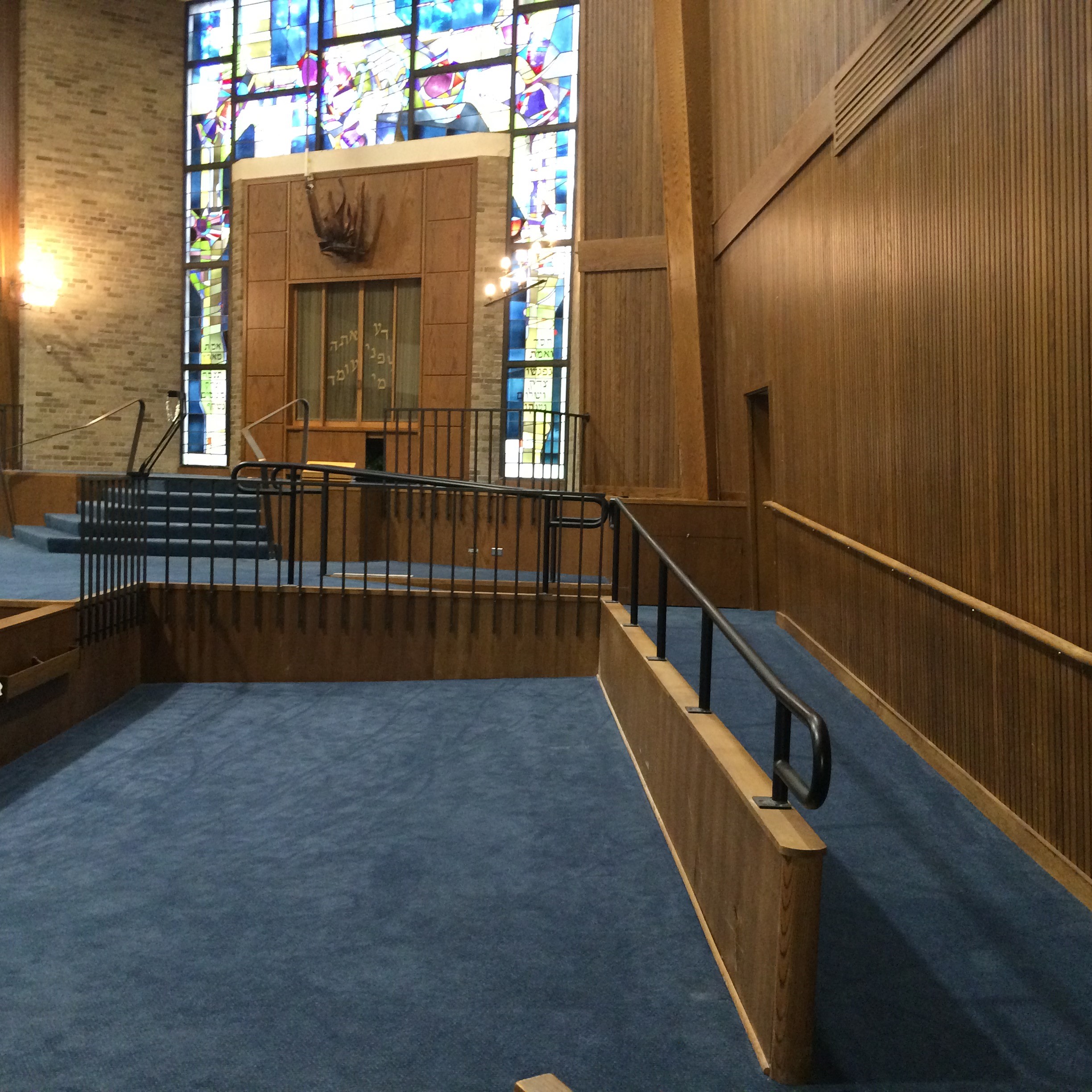 Happy 25th Anniversary ADA! Will You Join The Party?

2015 is the 25th anniversary of the signing of the ADA. We will be posting 25 posts over the course of 2015 which will focus on the ADA- how it has changed society and what still needs to be done. Our goal is to cover for you, dear reader, as many different angles and issues as possible. Below is the tenth post in our #ADA25For25 series. The most recent post was July 26th Was About…

The ADA is a civil rights law that prohibits discrimination against people with disabilities in all areas of public life. The purpose of the ADA is to make sure that people with disabilities have the same rights and opportunities as everyone else, including employment, education, transportation and in all public and private places that are open to the general public.

The ADA mandates a broad spectrum of accommodations and modifications that allow access on streets, public transportation and buildings. Those curb cuts we all enjoy as we push strollers and ride bicycles? They are part of the requirements of the ADA so people using wheelchairs and other mobility devices can move about freely on our streets.

Buildings built or renovated after the passage of the ADA follow a strict series of regulations about accessible parking, restrooms and elevators. Organizations hosting public events such as plays are required to designate performances where American Sign Language (ASL) interpreters and visual descriptions are provided.

[bctt tweet=”The ADA does not cover religious institutions- it’s time to change that. Here’s how:”]

I receive emails and calls from rabbis, lay leaders and concerned congregants who want to make their synagogue buildings accessible. The expense to renovate sanctuaries and adapt building access can be overwhelming. The question they all ask: “Is there a Jewish organization or funder who will pay the expense of making our buildings accessible?”

The answer is yes. And it’s closer than you think.

For B’nai Emet, a small and aging congregation in Minneapolis, MN, the answer came from within.

The hardy band of Jewish brothers and sisters who formed the inclusion committee dedicated themselves to making the building accessible to accommodate the growing number of older adults who were vital to the spirit of B’nai Emet. It’s worth sharing this story with you because if a small congregation can find a way to make its building accessible, then ANY congregation can find a way to raise the funds.

The journey started by sharing the newly written inclusion mission: To provide the opportunity for full inclusion and participation of all people, regardless of physical, cognitive, emotional or behavioral ability, in all areas of B’nai Emet Synagogue’s religious and communal life. 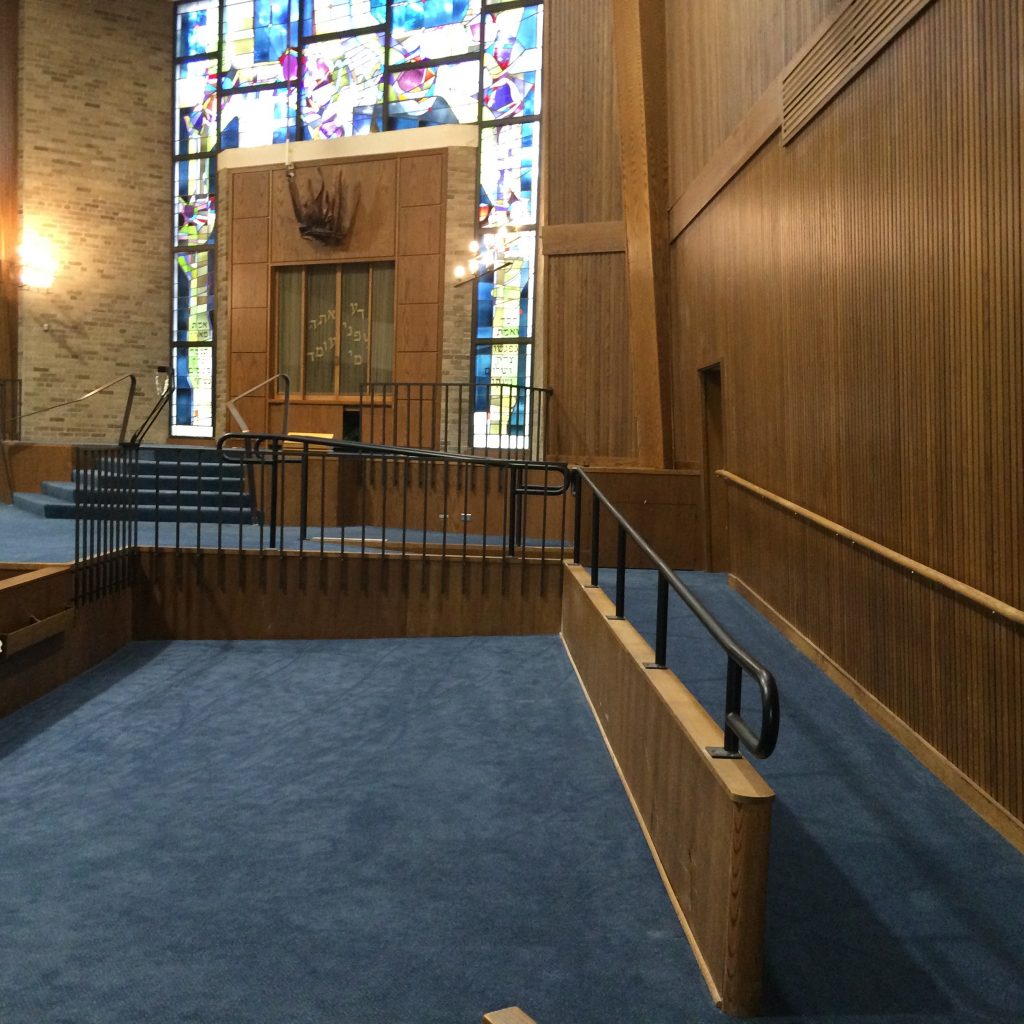 After reading the mission statement, a long-time congregant contacted the rabbi to see how he could help pay for renovating the sanctuary to provide barrier-free access for his wife who had started to use a wheelchair. He wanted to make sure that she could still be called up for Torah reading.

Tip: Publicize information about your inclusion initiative. Get knowledgeable and experienced input before putting your plan in place.

The inclusion committee invited several architecture firms to look at the space. All determined that if two rows of seats were removed from the right side of the sanctuary, a ramp that met ADA requirements could be installed. The synagogue asked for bids to build the ramp. Once complete, they gave precise costs to the donor.

[bctt tweet=”Making ur house of worship accessible? Add someone on inclusion committee who will use accomodation”]

Tip: Include someone who will use the accommodation on your inclusion committee. If that’s not possible, invite input from people who will be end-users.

After six months to get to this point the donor raised an important concern. He noted that after dropping his wife off at the street level synagogue entrance he had to wait for someone to help him open the door to let her in. Waiting for assistance, especially during the winter months when temperatures can dip below zero Fahrenheit, was frustrating.

The donor’s insight caused a delay in the project. He stipulated that before he would give any money to the project B’nai Emet had to make the entry to the building accessible by adding automatic door openers. He also stated that they had to find another donor for this part of the project.

It took another year to develop the plan, get bids and ask for funding.

Tip: Ask: Is your project part of a larger need? Can you present a comprehensive plan involving all related accommodations? Not having all the pieces in place can slow the process down.

Finally, one fine Shabbat morning, the doors of the synagogue were open, barrier-free, for all to worship.

Temple House of Israel (THOI), a 40 member congregation in Staunton, VA had another equally successful approach to addressing access to their beautiful historic building.

According to former congregational president and professional designer, Beth Young, THOI started the barrier free design effort because she and another member in the design/architecture field were “very much aware that we didn’t meet code for a public building.” A sense of urgency developed because the music director of Beth El congregation in nearby Harrisonburg, VA was going to lead a joint Religious School Shabbat service and used a wheelchair.  According to Young, “while she could have come in the back door and there was room on the bimah (raised platform) for her to sit, it certainly didn’t meet the intent of the ADA.”

After a member of THOI researched codes, a concrete ramp was poured at the side (primary) entrance to the social hall.  THOI also removed one pew from each side of the sanctuary, spread out the remainder of the pews to provide more room, cut the 2 pews in half, built 2 new ends and installed the half-size pews on the sides of the bimah. That enabled barrier free access to the bimah alcoves as well as space for people who use wheelchairs.

At the same time the ramp was installed, restrooms were modified to become barrier-free. Labor was donated and the few materials needed were paid for by a special one-time projects fund.

Tip: Creativity is a necessity. Explore no- and low-cost options.

On this, the 25th anniversary of the Americans with Disabilities Act, I challenge all of our congregations, large, small and in-between, to take a page from B’nai Emet Synagogue and Temple House of Israel’s playbooks. Instead of focusing on why not, adopt the ADA as your congregation’s mandate to become barrier-free.