As an intern for the production track in The Academy Gold program, we had an amazing experience of being able to film scenes on a sound stage at the Warner Brothers Ranch Studios. 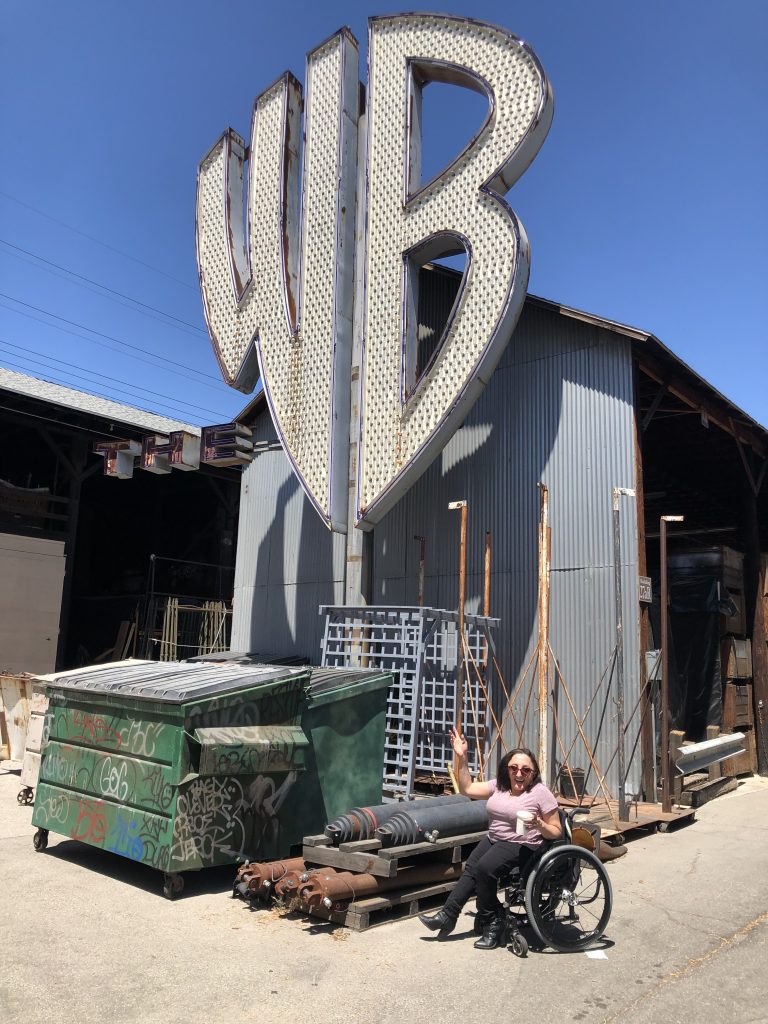 Our cohort was broken down into 5 groups and set with the task of filming 5 different scenes using the same piece of 1 page generic dialogue. Each group was assigned a genre: Comedy, alternative, action/thriller, and horror.

Here is the scene to give you more of an idea of what we were working with: 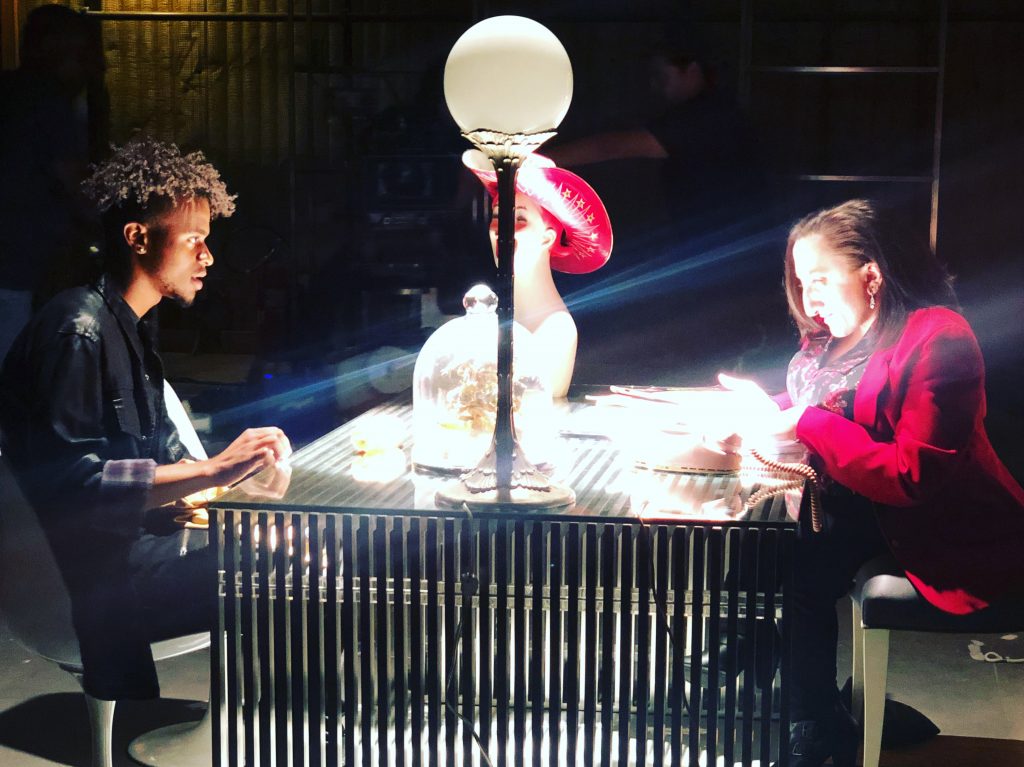 SAM is late to a meeting with ALEX. SAM runs through the building as quickly to get there on time.

Sam: The least you could have done was call the front gate and get me a drive-on.

Alex: Where did you end up parking?

Alex: My heart breaks for you. Did you bring the key to paradise?

Sam: No I brought something better..

This was an awesome challenge as an actor because it really let me stench my acting muscles by filming these wildly different scenes back to back, changing characters quickly and adapting my performance to match the tone of the assigned genre and the director’s vision — all in our allotted time slot to film our scenes.

Here are a few of my favorite memories of working on this project:

Possibly the best compliment I have ever  received in my life was from director, David Miles, who directed the comedy scene for which I played, ALEX, the straight-faced-scary-lady-boss. David said to me, “Nicole you are funny… but scary”.

Seriously made my day, warmed my cold black heart and made me laugh so hard I cried. Also, a great idea to be scrolled across my tombstone when I die at 900 years old: “Here lies Nicole Evans…she was funny… but scary!”

I voiced my request to the producers of the film challenge that I would really like to be cast in the action/thriller scene, as that is a genre I’ve never worked in before as an actor. Request granted! As an added bonus, I was cast in the opposite role, SAM, which was a fun change.

My casting is generally roles like ALEX – the behind the desk boss woman. Which is amazing, don’t get me wrong. I love roles like ALEX and nothing is better than making a meal out of playing a very powerful woman. Trust me on that one!

Switching to a role like SAM through the lens of the action/thriller genre and vision of directors, Juliane Hall and Terion Ford, required me to play a gun toting criminal hellbent on revenge…

WHOA! So not me. I’m the furthest thing from a hardened and violent criminal. In a nutshell, I’m a crystal-wearing-sage-burning-hippie-type from the San Fernando Valley who has an affinity for arts and crafts and toy poodles.

Also, quick reminder I’m a petite 3’8” tall woman who uses a wheelchair. Probably not the first person you would think of as “intimidating”.

But I’m also an actor. The idea of playing someone so outside of myself was absolutely exciting. Without a doubt, I knew I could do this. 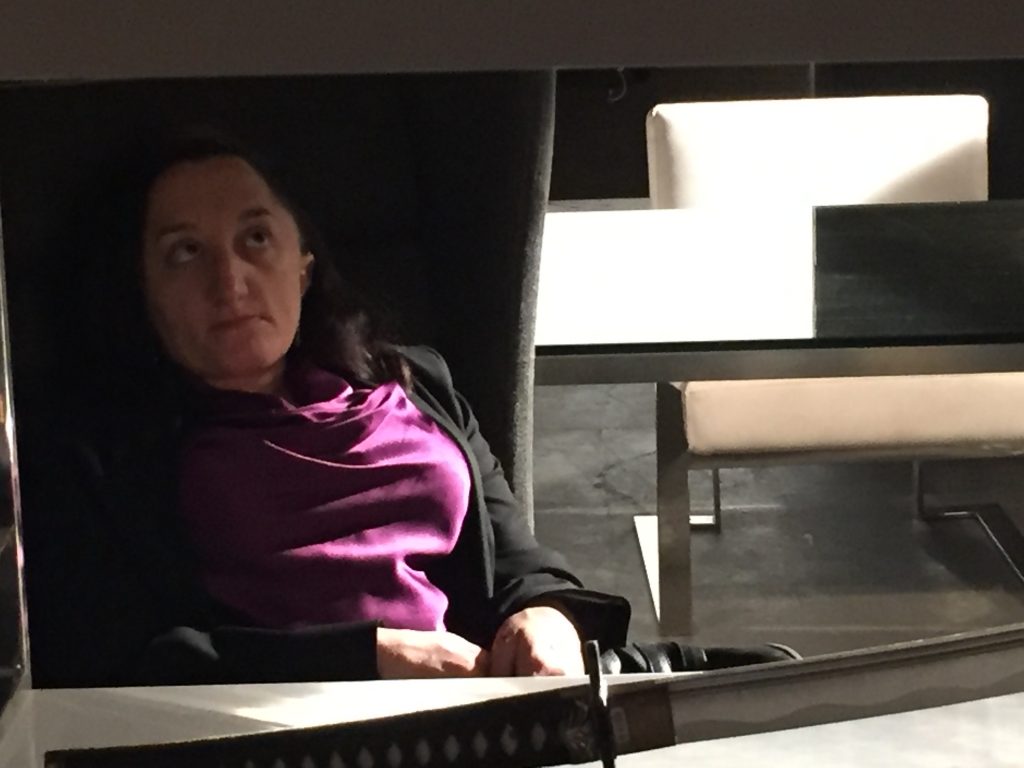 And as a surprise to absolutely no one – I loved playing SAM. Once I got that leather jacket, bandana and those bad ass biker gloves on, I totally felt like the character.

This whole experience of being cast in a role I typically wouldn’t be thought of for is a great example of thinking outside of the box for casting people with disabilities.