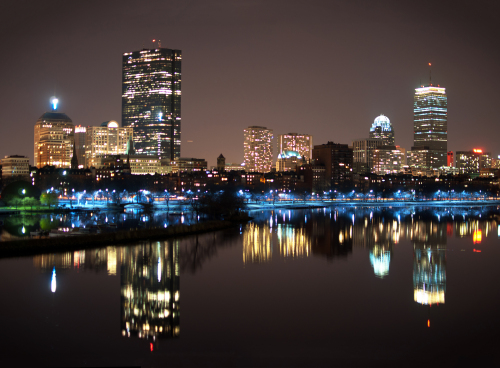 This op-ed originally appeared in The Jewish Advocate in Boston. The op-ed discusses the differences between philanthropy in the US and in Israel- and the unique place our foundation occupies in the philanthropic world.

Philanthropy has no borders.

The Jewish community enthusiastically supports multiple causes at home and around the world. When Jews in Ethiopia need to be airlifted to Israel, our people spring into action immediately. When millions were unable to leave the former Soviet Union, Jews across the globe rallied behind the cry of “Let my people go!” We support our local synagogues and schools, social programs in Israel, Jews in need wherever they reside.

The values of social justice, tikun olam (repairing the world), gemilut chasadim (kindness to one another) are shared by Jews everywhere. The conversation does not end when we talk about these values but it galvanizes us to action, to donating funds or volunteering our time, whether at home or abroad.

Since Israel’s creation as a State, Jewish philanthropy has grown exponentially. The 2,000 year dream of having an independent Jewish State and the pride of being able to donate to causes in Israel has been a driving force behind the billions of dollars that are donated to organizations in Israel annually. Philanthropists have adopted specific causes and used strategic giving to mold a better and more just society.

Within Israel, however, the situation is very different. Until recently, philanthropic giving has mostly been via private initiatives and failed to stir a public discussion of how collaborative and effective giving can create change. In this regard, local philanthropy was nowhere near as mature as its counterparts in the US and Europe. Overall, Israeli philanthropists have not been strategic in their giving.

But that is beginning to change- and that change is happening because Israeli philanthropists are being introduced to successful models of philanthropy. In the US, philanthropists have many models to learn from- both national and local. In Israel, successful philanthropic models are few and far between.

We feel that our foundation occupies a unique place in the Jewish philanthropic world. We maintain headquarters and a full staff both in Boston and in Israel. We are deeply involved with major organizations in both places and have partnerships on the ground meant to create a better society. In Israel, we are identified as representatives of the Boston Jewish community. In fact, after the recent Marathon attacks, leaders in Israel reached out to us to express sympathy and see how they can help.

We are proud of the many partnerships we have in Boston and the dedicated people who have worked tirelessly to make an impact- whether through the inclusion of children with disabilities into local schools, finding employment opportunities for people with disabilities or programs meant to change attitudes and create the most inclusive Jewish community in North America. Philanthropists can learn from the accomplishments of the Boston Jewish community and the impact these programs have generated.

We have taken our successful philanthropic model in Boston and begun to implement it in Israel. We have made the connection between our core issue in the US and what we work on in Israel (the inclusion of people with disabilities). Most foundations don’t operate this way- they have one cause in the US and a different one in Israel. We decided that the connection has to be consistent, one cause across all borders to maximize change.

Our work and deep involvement in the Boston community in changing attitudes and creating change on the ground has helped us replicate that success in Israel. We have formed strategic partnerships with the Israeli  government, umbrella Jewish organizations and local nonprofits. We have sponsored projects meant to advocate for the rights of people with disabilities and we are slowly starting to change attitudes as the issue comes to the forefront.

More importantly, our philanthropic work has also provided us the opportunity to influence the philanthropic conversation in Israel. We have convened leading Israeli philanthropists and business leaders to encourage them to become more public about their giving and to use their standing to transform Israeli society into one which is more just and leaves no one behind.

Our ability to use Boston as a shining example of community philanthropy is an excellent resource for Israeli philanthropists to learn from. They learn how to partner effectively with organizations, how to advocate for change and what criteria is necessary to measure impact on the ground. They see success and want to replicate it, with a local flavor.

Working to effect change in a country is different than in an American Jewish community.  Philanthropists have to be more strategic in their thinking, build more coalitions and have the ability to be more centralized. And when you partner with the government, things may move slower than working on the local level. But understanding these issues will help motivate Israeli philanthropists to implement their funding strategy.