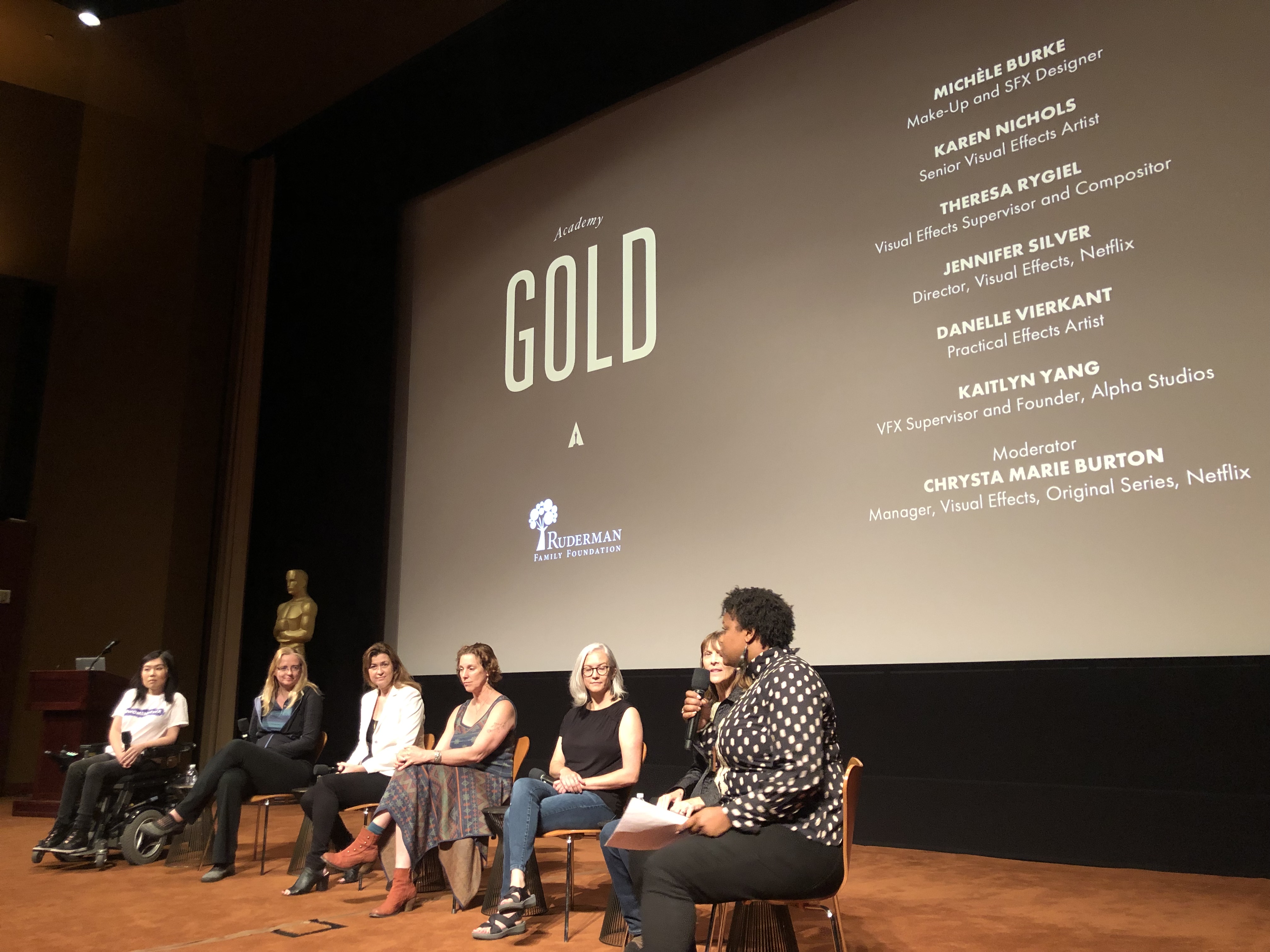 Last week was another amazing week as an intern for The Academy Gold program!

On Wednesday night, The Ruderman Family Foundation sponsored a panel discussion of an all-female SPECIAL EFFECTS and VFX panel.

It was incredible to meet Kaitlyn Yang, VFX supervisor and founder of Alpha Studios and fellow wheelie-buddy. Through mutual connections, we had been internet-friends for a short time but hadn’t been able to meet in the flesh until now! 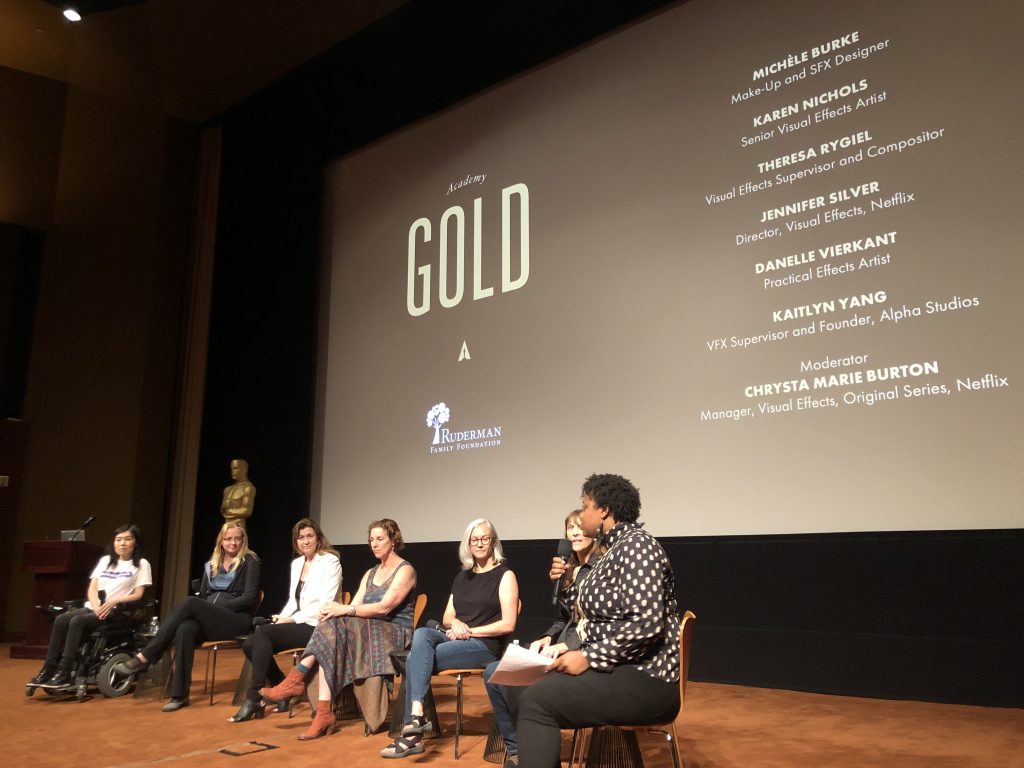 Listening to the panel filled with wildly successful and talented women in the entertainment industry, it was quite an amazing feeling seeing myself represented as a person with a disability through Kaitlyn. I admire her work, her passion, and her successful career in the industry – the cherry on top was seeing that she travels on 4 wheels just like me. 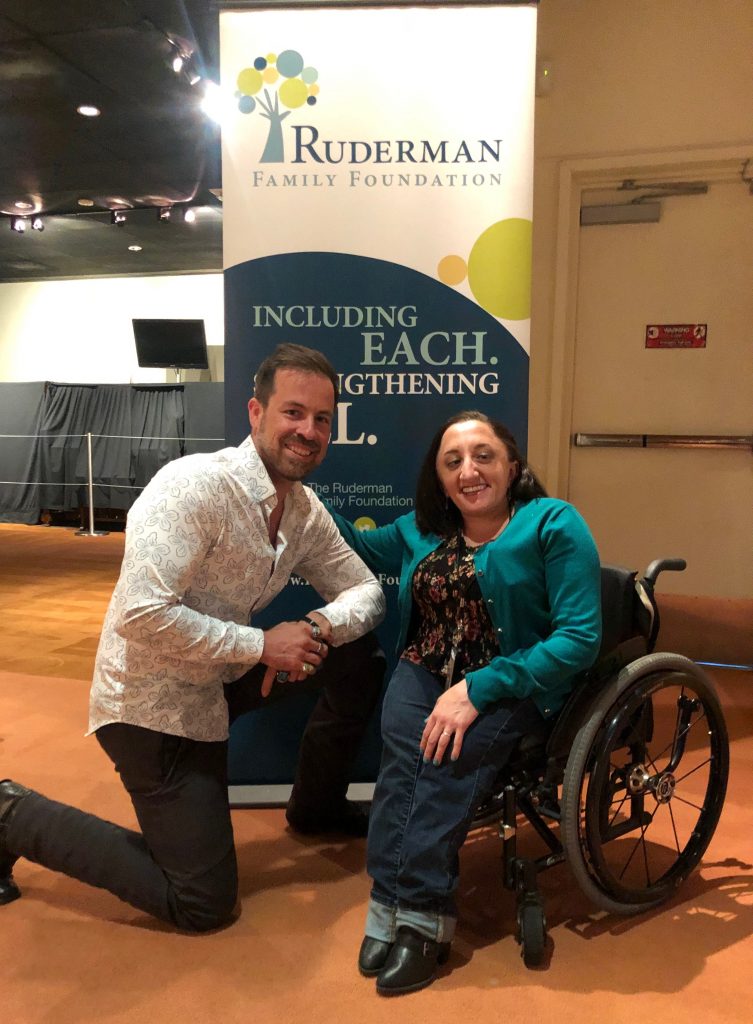 Kurt Yaeger (pictured above with me), also a fellow actor with a disability and Ruderman Family Foundation representative, gave a wonderful and impassioned speech to open the night’s events. He called for the next generation of storytellers to commit to disability inclusion in all areas of the entertainment industry. The statistics he stated in his speech were staggering: Less than 5% of characters on American television are characters with disabilities, within that 5% — get this — 95% of those characters are portrayed by actors WITHOUT disabilities.

As Kurt said it best, “Attitudes change when stories are told authentically. Commit to working with a diverse group of people of every stripe, including those with disabilities and we’ll all be better off for it”.