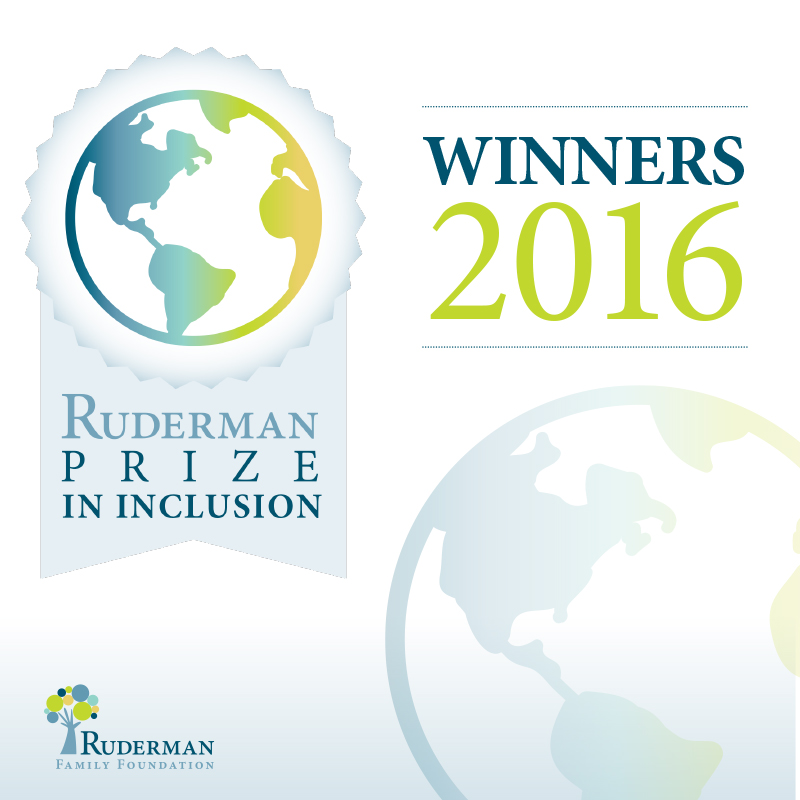 The Ruderman Family Foundation has announced the winners of its fifth annual Ruderman Prize in Inclusion, five grants totaling $250,000 awarded to companies and organizations that operate innovative programs and provide services that foster the full inclusion of people with disabilities.

This international recognition celebrates inclusive models that can be replicated elsewhere and ensures that resources are available to enable them to continue their work and grow. This year’s winners hail from United States, Israel, Germany and Brazil, and focus on technology, art and design, media, and employment.

AXS Lab is a non-profit organization that aims to supercharge the movement for the inclusion of people with disabilities. Its groundbreaking program- AXS Map– is an online database and mobile app that allows users to find, rate and share accessibility information on businesses and buildings throughout the United States. AXS Map expands their reach and community involvement through AXS Mapathons, where groups of volunteers come together and collaborate to rate businesses and locations on their accessibility.

Now, AXS Lab plans to take this one step further. They are introducing a new set of components to AXS Map that aims to change how people with disabilities navigate through physical space. AXS Map Discovery is the first-of-its-kind accessibility tool that features pioneering technology as solutions to make the lives of people with disabilities easier by using virtual and augmented reality. 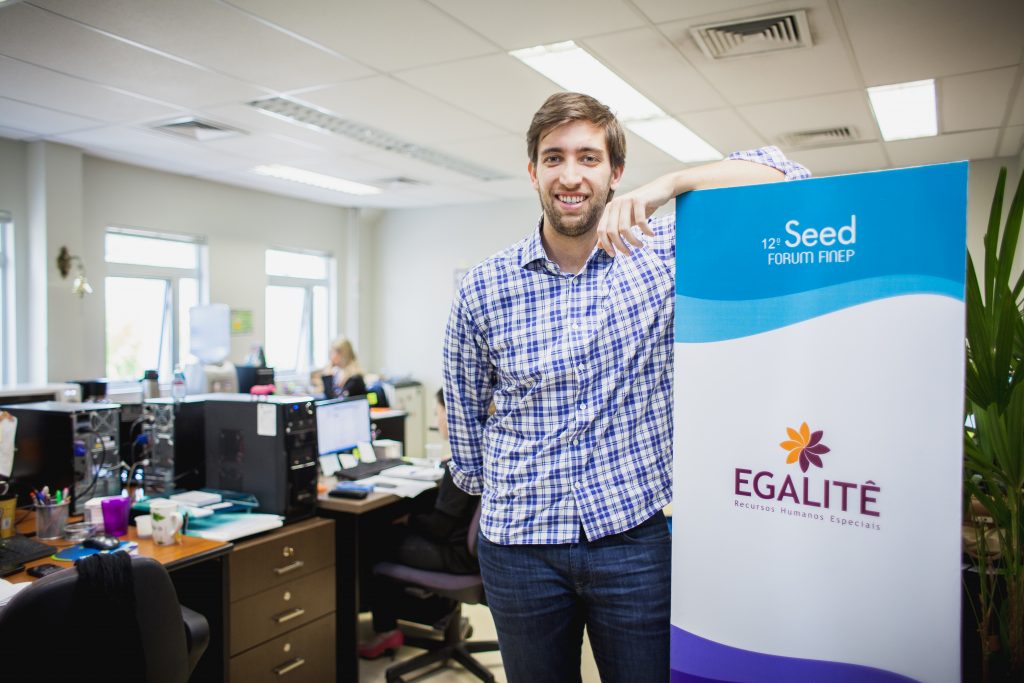 The three core activities of Egalite include the recruitment of people with disabilities, online training, and accessibility and consulting. For recruitment, the company connects job candidates with a disability and companies who value inclusion. This process is evaluated through understanding the company’s culture of and the profile of the candidate to determine the best match. Egalite’s e-learning platform provides free and accessible online training people of all abilities, preparing them with the skills needed and for the interview process. For the third phase, Egalite’s accessibility and consulting services help companies adapt their physical environments, processes and corporate behavior to better include people with disabilities. Egalite developed an online platform to train people with disabilities and provide job opportunities.

The feedback Egalite has received from employers is that there are two main challenges when it comes to hiring people with disabilities: determining the qualification of a candidate and where to find them. With the support of the Ruderman Prize, Egalite plans to increase services which will remove these barriers by training and authenticating the qualifying skill sets and expanding their network for connecting candidates to potential employers. Their goal is to assist 50,000 people with disabilities find jobs by 2020 and provide this service without any cost for the job-seeker.

The Media Access Awards initiative started in 1996 with the aim of increasing inclusion awareness of characters and performers with disabilities in film and television. Representation in entertainment, after all, is one of the most powerful drivers of change and inclusion. The Media Access Awards annual ceremony celebrates the creators who already include characters with disabilities in their work so that they will continue to do so and thereby will help to establish widespread portrayal of people with disabilities as rich in ability, varied, complex, alive and an integral part of the American community. 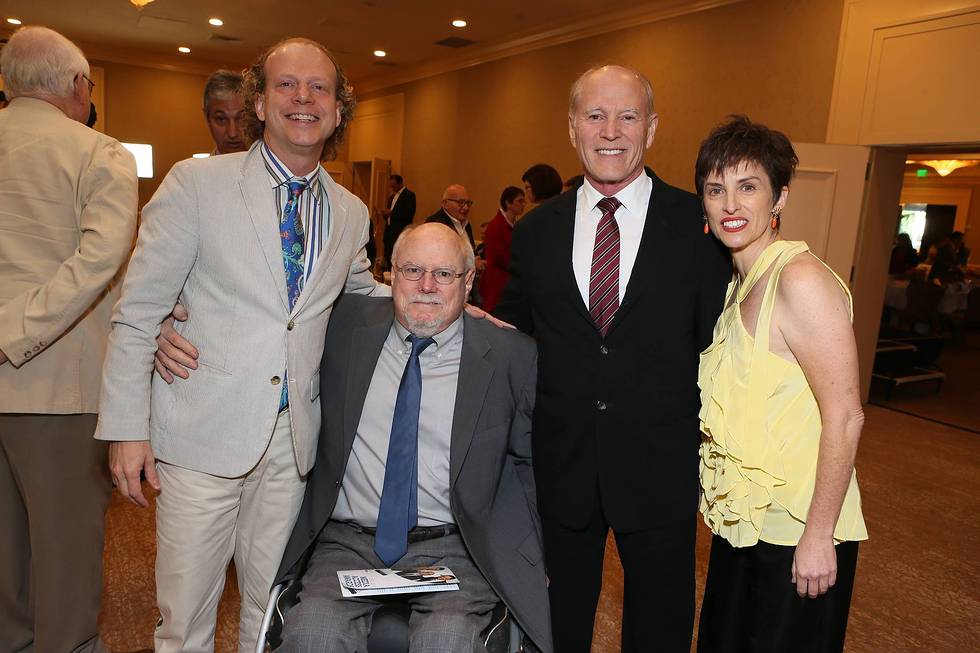 Currently the Media Access Awards reaches over 100,000 people in Hollywood’s creative decision-making community, but they have growth on their mind, especially now that they are winners of the 2016 Ruderman Inclusion Prize. Allen Rucker and Deborah Calla, co-chairs, tell us that the they now “plan to use the Prize to expand our media reach and to make the name and purpose of the Media Access Awards broadly recognizable in Hollywood.” In addition, they aim to “much like the Grammy Awards have done, use the annual ceremony to establish other ways to increase the reach of our message like scholarships, internships, short film competitions, and outreach to college and high school media programs.” We are glad to be supporting such a long-standing program and are excited to see how they will continue to transform crucial conversations in our entertainment epicenter.

The Bezalel Academy of Arts and Design is one of Israel’s leading educational institutions in the fields of art and design. The Academy assigns the highest degree of importance to student involvement in the community and to enhancing their social and environmental awareness, and advocates active student interaction with the society in which they operate and create. 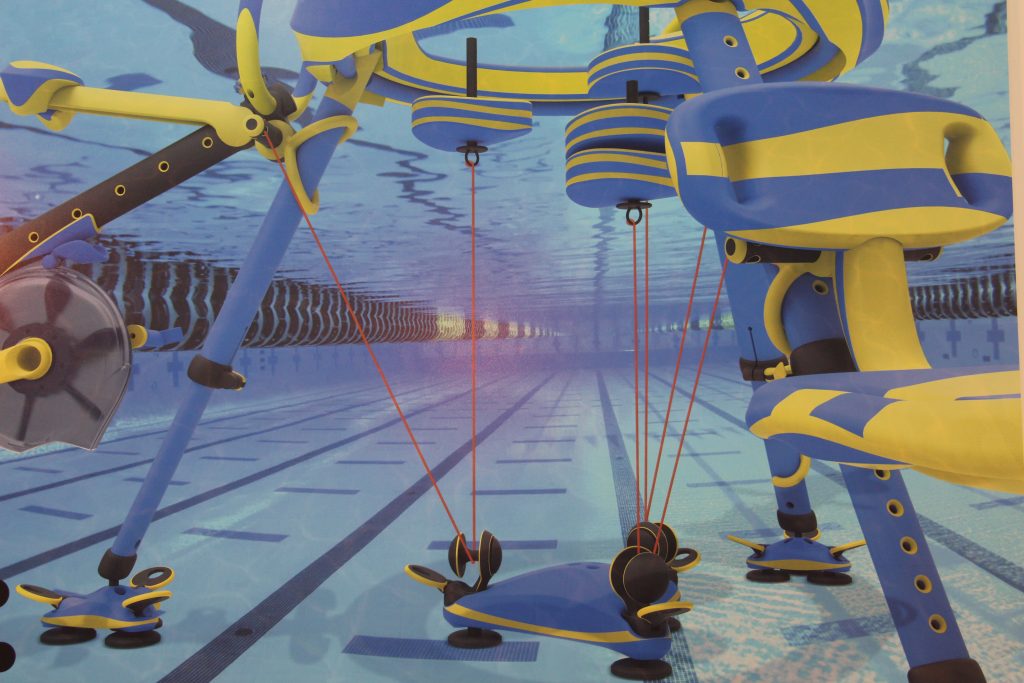 Bezalel has created a course dedicated to the study and practice of inclusive design, which has been a part of its academic curiculum for more than a decade. The course, aptly called Inclusive Design, is offered through their Industrial Design Department and deals with a different subject focus each year, including dealing with people with disabilities, children, and geriatric populations. Through education and research, the Academy influences Israeli culture and society. It undertakes a number of social outreach projects and opens the Academy’s doors to the public, providing a creative outlet for its students to bring about change in society. Each year nearly 30 students with varying levels of physical and mental disabilities join Bezalel’s student body in addition to the various minorities who make Bezalel a place where students are able to learn from one another.

The Academy wishes to further develop and encourage its students to create innovative solutions for people with disabilities, and the Ruderman Prize seeks to make this goal a reality. Bezalel seeks to address this through a two-pronged approach: expanding courses offered in design for people with disabilities while simultaneously encouraging similar projects through materials scholarships. Enabling the creative spirit through knowledge and resources has accelerated the development of accessible environments and the inclusion of people with disabilities. We look forward to seeing what Bezalel will provide for this generation and the next.

Sozialhelden (which translates to Social Heroes) is a group of enthusiastic activists who have been developing creative solutions to social problems since 2004, based in Berlin, Germany. They received the 2016 Ruderman Prize in Inclusion for three of their initiatives which collectively advocate for full inclusion of people with disabilities by changing media representation of and social attitudes toward people with disabilities. 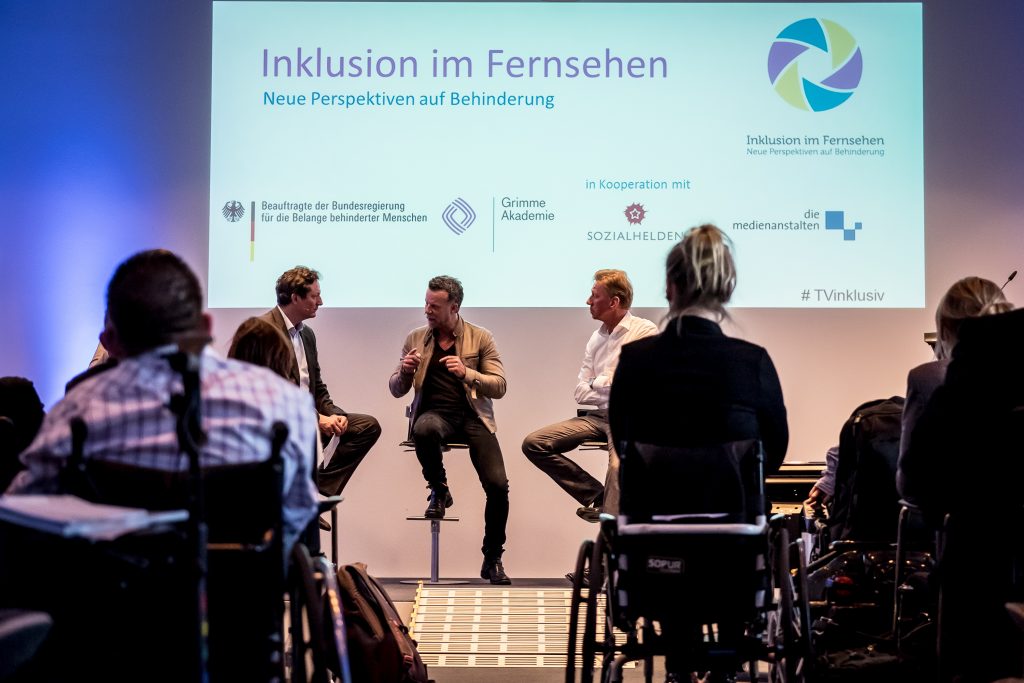 Their Leidmedien (grief/sorrow media) project combats the prevalence of reporters portraying people with disabilities as inspirational stories only rather than fully rounded people. It is a broad program that educates journalists and media makers in examining their own bias when writing about people with disabilities. As an offshoot of Leidmedien, Sozialhelden also established Gesellschaftsbilder (society pictures) which is an image database that allows writers and other media makers across the world to have access to images of people with disabilities that focus on the person more than on the disability. And to round out the nudge for accurate and positive representation, they also launched Die Andersmacher (the different-doers) video project. It is a series of 5 videos that depicts role models with disabilities for children and young adults.  The project tells the stories of people with an unusual background who have had to battle prejudices to successfully get where they are.

Combined, these projects reach tens of thousands of people a month, but Sozialhelden are now hoping to boost the extent of their impact even more. The Ruderman Prize will help them to continue their immense growth. Silke Georgi, Head of International Affairs tells us that she looks forward to expanding their reach in the coming years “with new workshop formats, by addressing different target groups, working for more exposure, creating new partnerships and giving a platform to new voices and topics.” We are proud to support such a driven advocacy organization with international reach.