When Salaries Are a Matter of Civil Rights 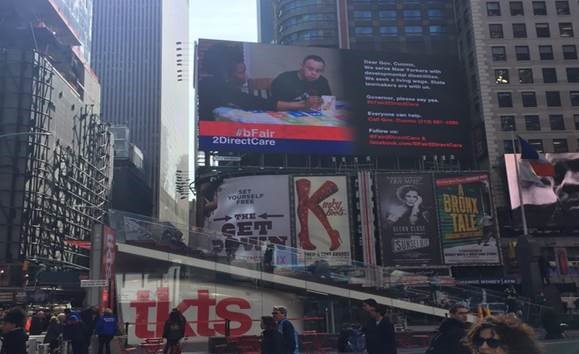 When Salaries Are a Matter of Civil Rights

The Americans with Disabilities Act (ADA), is our country’s landmark legislation guaranteeing people with disabilities protection from discrimination. It unequivocally proclaimed in 1990 that “physical or mental disabilities in no way diminish a person’s right to fully participate in all aspects of society” and set the clear expectation of inclusion for everyone. Now the realities of implementing this vision are of course breathtakingly complex and difficult and variable across cities, counties, and states. One essential part of this complexity is the role of direct care workers who enable people with disabilities to lead independent lives included in their communities. Unfortunately we are experiencing a nation-wide crisis when it comes to retention of high quality direct care workers and it is of course impacting people with disabilities and by extension their right to be included. 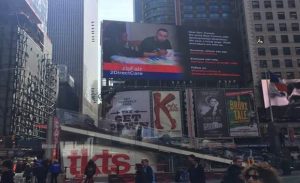 To combat this problem within New York, the CPA of New York State partnered with several other associations who work with people with developmental disabilities across the state to launch the BFair2DirectCare campaign. This was a momentous undertaking with the very clear goal to ensure that the state budget in April of this year would include “45 million in state money for a 50-50 match” says Crosier. “The proposal was a six year plan to bring starting salaries [for direct care workers] up to a living wage” with the intention to minimize turnover and increase the much-needed retention of qualified direct care workers. Shibley explains that the campaign arrived at this figure because “90% of our funding comes from the government, so unless the government agrees to give us more funding, we can’t pay staff more. [Direct care] folks used to make $2-3 dollars more than minimum wage because there were more skills, commitment, and training needed for the job. That has eroded in the last 8-9 years.” The plan of BFair2DirectCare was to reverse this erosion and ensure that people with developmental disabilities are included in all aspects of life.

“This was the first time everything came together in a big way across the state,” says Diana Hess, the Chief Development Officer at Jawonio, one of the affiliates of the CPA of NY State. “We had a tremendous content driven campaign via social media” as well as via giant billboards in Times Square in order to educate the New York legislature as well as the general public about the crisis that the direct care field is facing. Over the span of two years, “the campaign did an enormous amount to educate [everyone]. There is not one legislator [in the State of New York] who hasn’t heard about BFair2DirectCare,” says Crosier. Staying on point and collaborating successfully for this long was a feat of sheer dedication. “We would have to have these meetings and sometimes it was like herding cats, but consultants kept us moving together in same direction. We all committed to doing this and to having only one focus and that was it.” 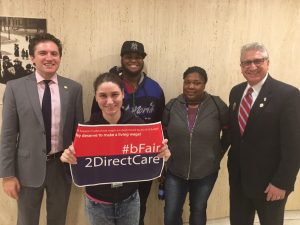 So did this gargantuan effort pay off? “On March 28th, at a capitol news event, the governor did agree to put in $55 million” for direct care worker salaries, says Crosier. While some details remain to be worked out, the fact is that in a political climate where bipartisan collaboration is almost unheard of, the success of the BFair2DirectCare campaign is utterly impressive. When I asked Crosier if she knew of any other similar campaigns that have been successful elsewhere, she says: “I don’t know of anyone else who has done it this long.” At a time when people with disabilities continue to fight for their rights constantly, the BFair2DirectCare success could truly serve as a model for ensuring access to qualified and utterly essential direct care workers.