To Be the Best in Business 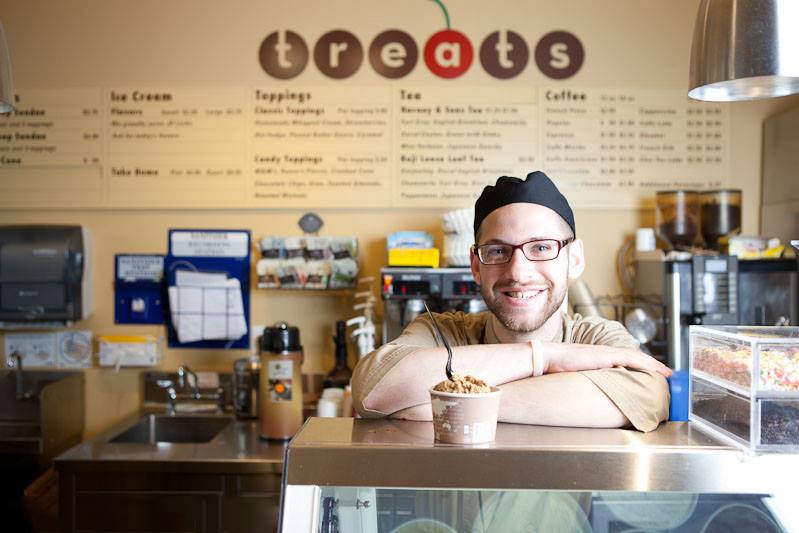 To Be the Best in Business

There is a frequently told story about Bill Gates that became popular after the New York Times published it in August 2009. Gates was giving a speech to a gender-segregated audience in Saudi Arabia, the majority of which were men. During the Q&A at the end he was told that Saudi Arabia was aiming to be in the top 10 countries worldwide when it came to technology innovation. And he was asked whether that was a realistic goal. He is—now famously—said to have looked at the small section of the audience where the women were, and to have proclaimed, “Well, if you’re not fully utilizing half the talent in the country, you’re not going to get too close to the Top 10.”

This anecdote resonates with so many people and businesses alike because it illustrates the very first principle if you want your team, business, or country to be the best in an increasingly competitive world: you cannot afford to limit your talent pool off the bat. In case you’re patting yourself on the back now because you live here in North America and think this isn’t a problem we have anymore, please stop and consider this: People with disabilities have some of the highest unemployment and underemployment rates in the U.S. They make up approximately a fifth of the population. What most employers don’t realize is that these unemployment numbers aren’t due to a lack of skill and ability, but due to stigma. 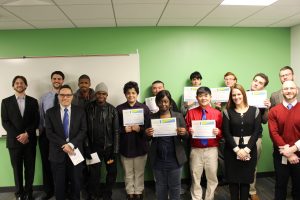 “Most employers who are not inclusive have preconceived notions of ability,” said Beth Tauro, the Business Community Liaison for Combined Jewish Philanthropies who works on Transitions to Work. This program, which partners with the Ruderman Family Foundation, helps train and connect qualified people with disabilities with businesses who need their skills. “Many people do not treat an individual with a disability as they would any other person they encounter,” Tauro said. It is ultimately this stigma that leads employers to limit their talent pool, and by extension their own success.

But by not having inclusive hiring practices, businesses forego more than just a greater selection of talent—they forego greater loyalty. “We’ve monitored candidates,” said Theodore Mower, the Regional Learning Center Coordinator of CVS’s Workforce Initiatives. “We have double the success rate retaining workers [with disabilities] because their loyalty is escalated. People appreciate being given an opportunity.” Mower explained that his department partners with community agencies that serve populations who are the right fit for his company, but who are a traditionally untapped resource.

About a year ago, he had met “one candidate who was incredibly qualified for a job with CVS. We were excited, but… sometimes the word disability alone is taboo,” Mower said. However, he put in a few phone calls and was able to introduce the candidate to a manager and the candidate was hired. Mower went on: “Same story [with a new candidate with a disability], but more recently. It was the same manager. She jumped on the opportunity. She chased me down to be able to make sure that she would be the first to get the opportunity to interview this young man.” Mower chuckled as he told me this story. “The word disability is less feared than it was before,” he said.

And CVS is not the only business to jump on the vast potential of a traditionally excluded talent. Jeffrey Ingber, a Restaurant Manager at Nosh, at the NewBridge on the Charles senior living community, was among the first managers there to opt for a partnership with Transitions to Work. “There are opportunities for everyone to thrive with proper guidance and training,” he said. “We all have obstacles to overcome and without the guidance of a brother, mentor, friend, coworker, we’re all more challenged.” Ingber welcomes interns from Transitions to Work and helps to train them and develop their skills, and if they’re the right fit, he also hires them at NewBridge. “I have three former interns hired over the last four years who have received promotions. And we now have former interns who train current interns.” 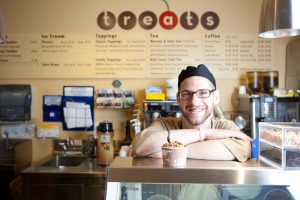 Gabe Flam, a former Transitions to Work graduate and current employee at Treats at NewBridge echoed the feeling of a strong work community. “It’s like a 2nd or 3rd family to me,” he said. “I just recently, at the beginning of this month on March 7th, celebrated my 4-year anniversary [at NewBridge].” He was also excited to tell me that he and his wife closed on a house recently and will be moving in a couple of months.

Stories like these are evidence of the fact that the best of businesses are not just providing great goods and services, but are helping families, and ultimately communities grow. As Bob Ogan, the CEO of Bake’n Joy—a thriving producer of quality bakery products for over 70 years—said, “It gets down to values of the organization.” His business in its quest to be the best has an approach that actively seeks out all opportunities. “We look at an individual who has potential based on their skill set and experience and as to whether or not they fit in. We don’t discriminate, but we don’t target any particular group to come into the company. At Bake’n Joy, the leadership and ownership firmly believe in helping others,” Ogan said. “We’d rather be inclusive than not.”

Slowly more and more businesses are realizing that inclusive also goes hand in hand with successful and you can help us accelerate the cultural change even more. Here is how: we at the Ruderman Family Foundation seek to recognize businesses who excel in the training and employment of people with disabilities and are launching our Ruderman Best in Business Award campaign today. So if you know any businesses in North America that, like the examples above, are exemplary in their inclusive hiring practices, please click here to nominate them now so that deserving establishments will gain more visibility and recognition.