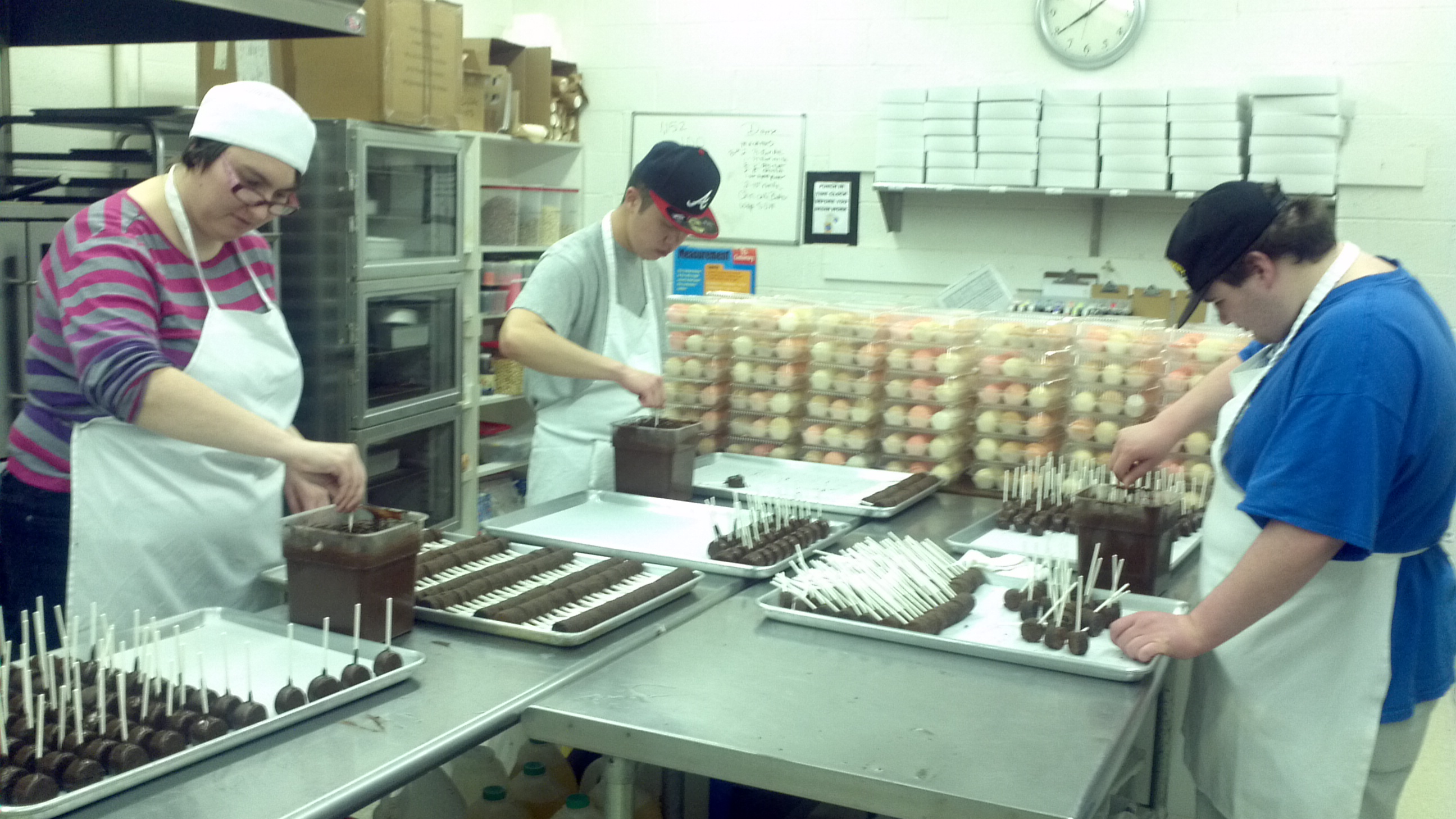 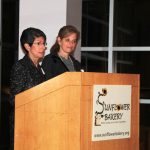 Sunflower Bakery was a recipient of the 2013 Ruderman Prize in Inclusion. Below is part two of an interview conducted with the founders where they discuss the challenges of running such a unique bakery, working with other employers and they share with us a most inspiring story about Cal and Drew. Part one of the interview discusses what makes the bakery unique, the community support and how they view inclusion.

What‘s the most rewarding thing about running the bakery?

Laurie: When people feel a sense of accomplishment: they can make the recipe, the chef says they’re doing a good job, you see them growing and gaining confidence. We then go out and see them in an internship, they’re doing well and the supervisor is happy with their work. Finally, when they get a job, that’s a very rewarding experience.

Sara: Knowing we’ve been able to provide the things they should have gotten all along for success.

How many workers and staff are in the bakery today?

How many employers work with the bakery and what has been their feedback?

Sara: 25 different ones, 9-10 that are currently involved. The feedback has been overwhelmingly positive, comments such as “your students are so well prepared. We weren’t expecting that level of ability.” In one case, an employer had one slot open, interviewed two of our students and in the end, took both of them! Other people really liked the fact that our students were already trained.

Laurie: We’ve had some large national chains and small businesses as well. Quite a large range of employers. Each place had different benefits for our workers.

What would you say to other employers who may not want to hire people with disabilities?

Laurie: Try it- you might be surprised. Sometimes they’re really surprised in terms of the benefits- loyalty, showing up every day, really wanting to do the job. They may not be perfect but our students have had great success in our being able to train them very well for what they’ll experience on the job site and employers being pleasantly surprised at what they can do.

Sara: Be open-minded! Know that everyone needs a start-up. They’ll value this job more than someone who had a choice of eight jobs available to them.

Laurie: We’re in a really small warehouse that we’re maxing out of. We want to move to the next phase that will take us in the direction of being able to bring in people with a wider range of disabilities and have them train on a wider variety of skills that are valued in the job market.

Sara: There are more people that want to work in the bakery than there are jobs available. We try and “carve” a job. We try to bring a potential employer to come see the person working and understand what an asset they would be, with the part wherein they excel.

Please share a story that happened at the bakery which made you proud or surprised you.

Sunflower students are given a unique opportunity to be the best they can be, regardless of their former struggles throughout their school years. Two students, Cal and Drew, started their training together. Cal was referred by his Transition Teacher during his last year of high school. He has serious language disabilities, both receptive and expressive. He hoped to get training in baking at Sunflower, so that he could do a variety of cooking jobs and work his way up to being a supervisor. As he moved through his training at Sunflower, he had difficulty with multi-step assignments. By the time we started talking about internships, he had decided he wanted to focus on a more limited list of tasks that he felt he could perfect, adding more that would be similar, rather than trying to cover a broader spectrum. Indeed, by the end of his on-the-job training, he had confidently developed the selected skill set.

At the same time, his fellow student, Drew, had received resource help throughout his school years. From the very beginning of his training at Sunflower, he showed great promise, learning techniques and recipes, demonstrating excellent production skills and a seriousness in his approach to learning. However, he had very little self-confidence, since he was used to struggling with schoolwork and experiencing failure. Each time he mastered a new recipe, he was amazed that he had actually succeeded and in such excellent fashion. He completed the broader curriculum and showed great promise. When it was time to explore internships, he hesitantly said that he would be willing to try working in baking, if we thought he could do it.

As part of our Next Steps Employee Development Program, students make site visits to a variety of businesses that are interested in taking Sunflower interns. At the same time, the chefs and supervisors in the businesses meet a range of our students, who are still working in the on-site portion of our on-the-job training program, in preparation for the transition. Cal and Drew went on a number of site visits, along with other students. One particular site, a more upscale restaurant that is part of a local restaurant group, hosted such a visit. Their bakery has an open seating area so customers can watch pastry preparation as they dine.

Both Cal and Drew found the restaurant appealing as did the other visiting students. Sunflower’s employment specialist, who accompanied the group, explained that the restaurant would take two interns to be chosen by the restaurant. Cal and Drew were delighted to be chosen. Cal had shown potential for doing work that is repetitive and required consistency, both in the bakery and in the kitchen. He exuded confidence that impressed the employers. They wanted him to learn and do finite tasks. Drew was chosen because of his training successes and potential to do a wide repertoire of baking and kitchen tasks.

I visited them “on the job,” and it was wonderful to see each of them working in the bakery and in the kitchen, wearing their chef’s toques, busily working with minimal supervision. They looked impeccably professional and I was bursting with pride. They have both grown and enhanced skills learned at Sunflower and also have gained new kitchen skills. Even more amazing was hearing the effusive praise from their supervisors in the bakery and the kitchen. The management has loved having them as interns and are providing excellent references for future employment. Both Cal and Drew have become more confident, performing as professionals.

Since the accomplishments of our graduates never cease to amaze us, we were thrilled when Cal was offered a job at another restaurant in the same shopping area as the internship. Cal had lunch often at this restaurant and chatted about his internship with the manager. The manager was so impressed with his work ethic and enthusiasm, that he hired Cal as soon as he finished his internship! We have learned that if an individual is well-trained and has an excellent attitude along with a good work ethic, it doesn’t matter if they have a limited skill set. They are seen as desirable employees, valued by managers!