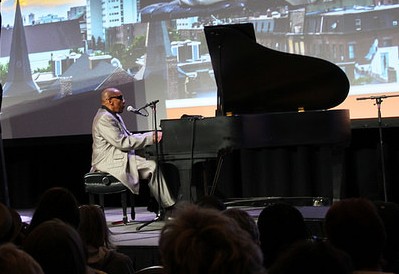 According to the Center for Excellence in Universal Design, Universal Design is the design and composition of an environment so that it can be accessed, understood and used to the greatest extent possible by all people regardless of their age, size, ability or disability. 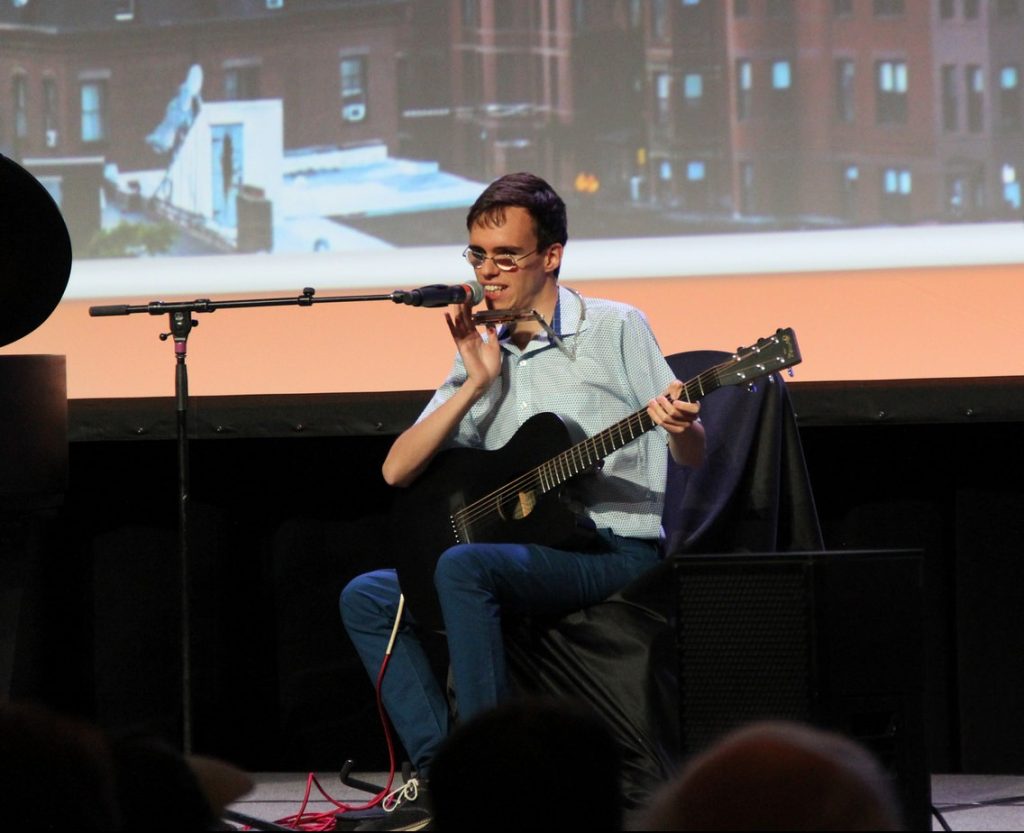 Now, when most people think of Universal Design, they tend to think of architecture and infrastructure: an accessible curb ramp designed to benefit a person using a wheelchair, the elderly, mothers pushing baby strollers, people rolling luggage… Hence, universal. Everyone benefits.

As a person who is both hard of hearing and legally blind, I am a big fan of this. Unfortunately, the concept is rarely applied outside the aforementioned example into daily living. Ask me about my recent trip to the store to pick out a dishwasher—it was virtually impossible to find one that I could use independently, because most new dishwashers have flat screens and no buttons!

We humans do more than just dishes, however (fortunately). I also want to have fun and enjoy the arts! I love movies, museums and art galleries and want to experience them to the fullest. And based on the way things are now, I often cannot enjoy them unless I am with my sighted and hearing wife, who in such cases can act as my describer and interpreter. While I greatly appreciate my wife for taking on these roles, I often feel guilty because I worry she is too concerned about my access and experience to fully enjoy hers. That is not fair to her.

But thanks to VSA Massachusetts, an affiliate of Seven Hills Foundation, I saw the full potential of what an art experience can be when it incorporates Universal Design principles. Not only was I able to attend without my wife’s assistance, I also felt fully included in the event itself and appreciated as a member of the audience. Simply put, I loved my experience at the Inclusive by Design Concert.

These concerts are uniquely multi-art and multi-sensory events. The one I attended at the Americans for the Arts conference in Boston featured music accompanied by a rich narrative and visual content that was interpreted by visual artist Nancy Ostrovsky. Throughout the evening, these visual and auditory elements of the performance described for the entire audience, adding a linguistic, and even poetic component to the event. Additionally, the performance was interpreted in American Sign Language and closed-captioned on an LED screen. The result was an engaging, multi-disciplinary experience that allowed people of all abilities, including those who may be Deaf or hard of hearing or blind or have low vision, to be fully engaged in a shared creative experience. And that is beautiful. 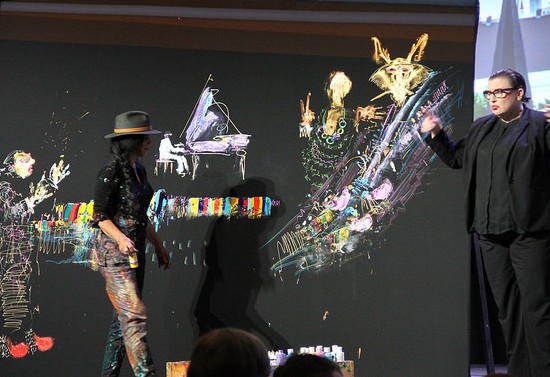 Nancy and interpreter at a mural during the Inclusive by Design Concert in Boston. (photo credit: Carl Richardson)

And to top it all off—because all these artists had overcome their own obstacles and adversities on the way to the stage, their performances felt rawer and more charged with energy. The artists had beat the odds and were doing what they loved. They also knew that this night was different; they were in a unique collaboration with other artists, and they were putting on a show that all members of the audience—regardless of ability—could enjoy.

In the end, my favorite part is that this experience was as equally accessible and enjoyable for those with and without disabilities. I wish my wife could have attended the concert with me, but it also felt good to know that she did not have to attend in order for me to enjoy the show on my own. Next time.

This guest blog was written by Carl Richardson, ADA Coordinator of the Massachusetts State House. In this position, he is the go-to person within the Executive Branch Entity to answer disability related questions from staff and citizens with whom the Executive Branch interacts. For more information about VSA of Massachusetts and how they are working to make the arts accessible to all, you can visit: www.vsamass.org

Apply now for the $250,000 Ruderman Prize in Inclusion! Click here to learn more.