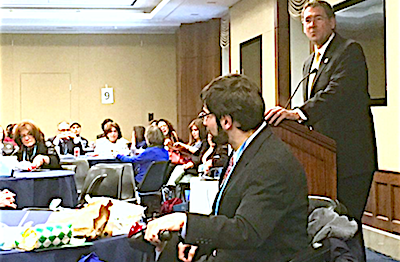 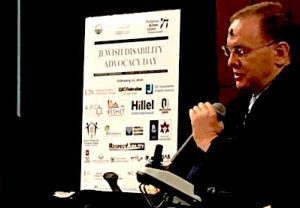 For the 130 activists and professionals from many of these communities who filled a Capitol Hill room last week, inclusion is a given. They were younger and older, paid and volunteer, with and without their own story of disability. They were experts on disability issues, students, CEOs of large Federations, White House advisor Maria M. Town, and everyone in between.

Many Jewish institutions are lagging behind their counterparts in mainstream society. But the ‘doers’, those shaping the communal agenda for the 21st century, are increasingly embracing inclusion and equality for Jews with disabilities as a priority that’s critical to our shared success. At the same time, Special Olympics advocates were also visiting Congressional offices as part of their own mobilization — a worthy trend line.

The first part of the day was devoted to reviewing key disability issues facing the U.S. Congress, and preparing participants to visit Congressional offices. Delegates were promoting two key pieces of legislation to help allow people with disabilities and their families to fully participate in American life. The first item, the Transition to Independence Act, would fund a demonstration program that moves workers from segregated, below-minimum-wage “sheltered” workshops into competitive, integrated employment. The second, the Lifespan Respite Care Reauthorization Act, would provide supplementary support for Americans caring for family members with disabilities and other issues. 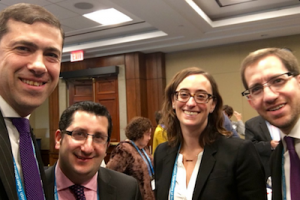 Members of Congress who addressed the February 10 sessions were championing the legislation and also sharing many of their own personal stories. As with support for Israel, and seemingly like few other issues in Washington’s politicized climate, disability rights pulls together politicians from both parties.

Among the half-dozen Members who took time to visit the morning event, Representative Gregg Harper of Mississippi, a Republican, related the story of his son, born with Fragile X syndrome, his family’s commitment to keep him “in the ‘normal’ world, whatever that was,” and his son’s achievements despite many outside obstacles. Rep. Cathy McMorris Rodgers, of Washington State, who chairs the House Republican Conference, also told of her child’s determination to overcome society’s obstacles, and noted the “real and perceived barriers to employment for those with disabilities.” Rep. Jim Langevin, Democrat of Rhode Island, who uses a wheelchair and is a leader on disability issues, outlined the ways in which many of the goals embodied in the ADA have yet to be met. 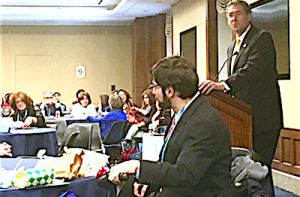 As is becoming more obvious, the participants and the speakers are hardly fringe elements of American politics or the Jewish community. The cause of inclusion is on the agenda of the “establishment”. Much of the remaining challenge is to make it a higher and more widely shared priority, and to better connect those who are already on board. Ongoing mobilization and events like the Advocacy Day (organized primarily by the Jewish Federations of North America and the Religious Action Center of Reform Judaism), or last November’s Ruderman Inclusion Summit, are moving us in that direction.

Rather than separating Jews from the larger disability rights movement, February’s Jewish Disability Awareness and Inclusion Month is focused on engaging each other within the community, so together we can pick up steam and catch up with the rest of our society.